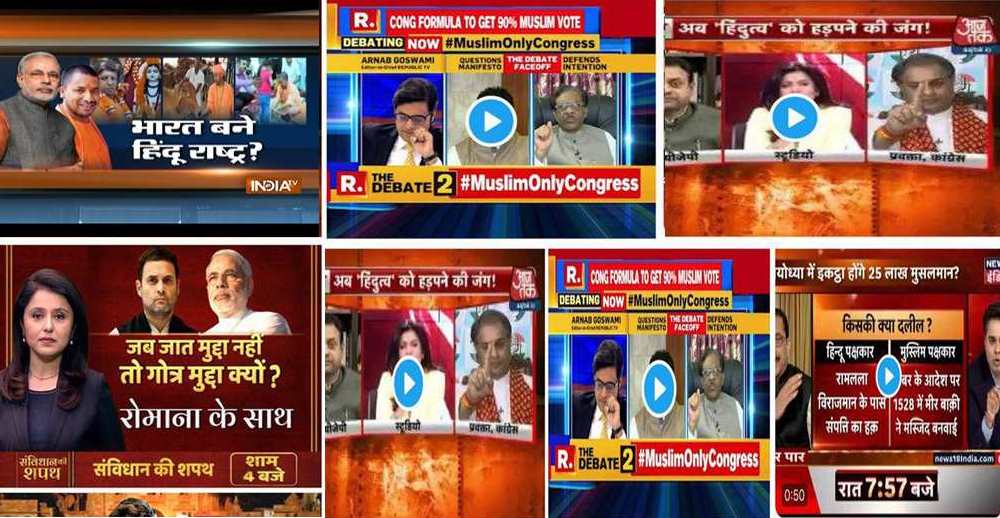 Arthur Koestler, a Hungarian British author, and journalist, once observed that “Man’s deadliest weapon is language. He is susceptible to being hypnotized by slogans as he is to infectious diseases. And where there is an epidemic, the group mind takes over”. These powerful words of Koestler succinctly explain the rise in the hate crimes against Muslims after the Tablighi Jamaat headquarters emerged as one of the coronavirus hotspots of the country.

The beleaguered Muslims were yet to come to terms with the excessive use of force and false FIRs during anti-Citizenship Amendment Act (CAA) protests, especially in BJP ruled states, and the violence unleashed against them during most recent pogrom in Delhi in which police allegedly either stood idle or escorted the mob, they are now faced with another spate of hate and Islamophobia.

The most unfortunate part of the Tablighi incident is the divisive role played by a section of our media that is constantly spreading the narratives that Muslims are deliberately spreading the coronavirus to Hindus across the country as part of a larger conspiracy.

They are carefully choosing sensational, misleading and incendiary headlines such as “Corona Jihad”, “CoronaTerrorism” and “Corona Bombs” demonizing the Muslims, day in and day out. It is twisting the Corona statistics and even feeding fake news which in most cases have already been debunked by many facts checking websites, to prove their points.

It is also selecting a particular kind of vocabulary to paint the Muslims in negative slant. For example, Muslims who are stranded in mosques in different parts of the country as they were not able to move out due to travel restrictions,  are being described as “found hiding ” which is generally used for describing the acts of criminals. The selection of vocabulary is very important as different words evoke different responses from the readers or viewers. While the word “stranded” would naturally evoke the sentiment of sympathy, the word “hiding” would most likely build a negative image and may evoke anger which in some cases may even incite violence.

The communal profiling of the corona patients and hate mongering by the media may have grave and long term consequences. Some of them have already started rearing its ugly head in the form of targeted violence against, and economic boycott of the Muslims.  A Muslim man was brutally thrashed by people in the North Delhi’s Bawana area on April 9 accusing him of deliberately spreading coronavirus in the area. Later some young Muslim boys were brutally assaulted in the Marathahalli and Dasarahalli districts of Karnataka while they were distributing food to the poor people of the locality. Again the attackers made slanderous allegations against them and said “you are Muslims so you all are terrorists spreading the disease. We know you are spitting in the rations and have come from Tablighi Jamaat to spread the virus”. In yet another tragic incident, a 37 year old Muslim man hanged himself to death in Himachal Pradesh’s Una district after continuously taunted over the spread of coronavirus despite his test was found negative.

Muslims who sell fruits and vegetables are also not allowed to enter into the Hindu locality after a video of a Muslim fruit vendor spitting and applying saliva to the fruits had gone viral.

The effect of the media spreading bigotry is so deep that a doctor in Bharatpur refused to treat a pregnant Muslim woman in urgent need of help consequently she lost her baby, and a hospital in Ahmedabad split the Covid wards on the faith basis.

In Assam, on April 7, in a letter addressed to state health minister some members of Foreigners’ Tribunals, who had contributed some funds to the Assam Arogya Nidhi, allegedly stated that the benefit of their contribution should not be extended to the members of violators “Tablighi Jamaat” who they called them as ‘Jahil’ and ‘Jihadi’.

These incidents are only symptomatic of the larger malice which our media has produced against Muslims in the country. The incendiary reporting, if results in violence against a racial or religious group, under international criminal law may amount to public incitement to commit the crime of genocide. The editorial published in the Star of Mysore on 6th April described the community responsible for spreading coronavirus as “bad” and “rotten apples”. In a blatant call for genocide, the editorial further said that the “ideal solution” to the “problem created by bad apples is to get rid of them, as the former leader of Singapore did a few decades ago or as the leadership in Israel is currently doing.”

This editorial and other similar news broadcasts remind me of the central role played by the media during Rwandan genocide against Tutsi minority in 1993. The Rwandan media, particularly its radio station, continuously disseminated hate propaganda against Tutsi people which ultimately prepared the people from the majority Hutu community for genocidal attacks in which more than five lakh Tutsi were slaughtered. In the months preceding the Rwandan genocide its media published spiteful articles dehumanizing the Tutsi as inyenzi (cockroaches).

The past cases of genocide indicate that a malevolent vitriol has always preceded the actual act. During Armenian genocide by the Turkish Ottoman authorities in 1915, the weekly Harb Mecmuasi first prepared the ground by convincing the Turkish people “the need to rid ourselves of these Armenian parasites” who were compared to “unclean animals such as rats, dogs, and pigs’ and reduced them from humans to ‘disease organisms infecting the body of the state’. Similarly before launching of massacre of the Jewish people by the Nazi Germany they were described by the anti-Semitic media as ‘a parasite, an enemy, an evil-doer, a disseminator of diseases who must be destroyed in the interest of mankind’. The International Military Tribunal at Nuremberg found these violent and racist words as the ‘poison injected into the minds of thousands of Germans’ which caused them to follow the Nazi policy of Jewish persecution and extermination. The Rwandan Military Tribunal in Prosecutor v Nahimana et al (2003) case rightly observed that ‘today’s wars are not fought using bullets only, it is also a war of media, words, newspapers and radio stations’.

In most cases, the targeted group is first described and projected as something less than human or threat to the majority community and therefore unworthy of any empathy rather the most deserving to get rid of. And thus violence or killing should not evoke any remorse or empathy. This is exactly what has started happening in India for the last couple of years. Unfortunately, the Supreme Court (SC), which is considered as the last hope for any citizen, has also disappointed the gullible Muslims in this regard. The SC, on April 13, declined to pass any interim orders in a petition seeking to restrain media from allegedly spreading bigotry and communal hatred against Muslims saying that it cannot “gag the press”.