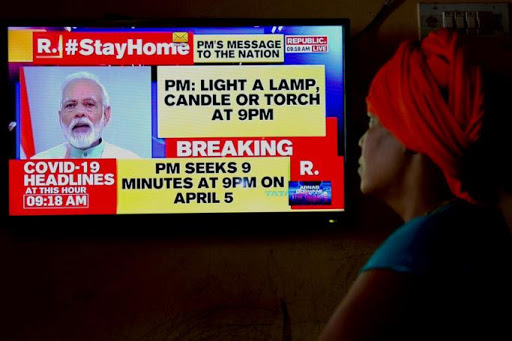 I want to make a confession today.This confession is going to be stark and naked. It may not be befitting for an educator to say it. I know. But when I am in lockdown, somethings need to be unlocked. And, this is a secret I can’t keep for so long. Not anymore! In such a deep crisis, some situations present themselves such that they make a compelling case for its release. So, let me tell it out loud and clear.

I love children. I am frightened of children. I love them because they are not afraid of asking any question. Silly or profound is fake category for questions. Every question opens new possibility. Only if you ask new question, I am convinced, that new knowledge is created.

I am afraid of children because they ask such amazingly simple question which are so difficult to engage with, let alone answering them.

“Papa, you need a haircut. Your hair has grown big.”, said Tushit.

“Ya, I know.”, I said with a resigned expression. “We are in lockdown. No salon would be open.”, I tried to reason out.

“But, Papa, why can’t you can do it yourself? You were telling me the story the other day as to how Gandhi would cut his own hair.” He asked looking at me sharply.

Not getting a reply from me led him to fire another salvo. Pointing out an imprint calendar of Ram, Lakshaman and Seeta ji, he asked, “How Bhagwan ji is always clean shaved and with groomed hair? Who cuts his hair?”

I would have hit the roof. But keeping calm, each teacher needs to know, is important in such desperate situations. Also, each crisis has opportunities embedded in it. I tried to tell him about Raja Ravi Varma. It was he who painted Hindu deities and episodes from the epics. I showed him his Ramayana series of painting of Sri Rama conquering Varuna. (Incidentally, Ravi Varma’s birth anniversary falls in April itself –29 April 1848 – 2 October 1906).

“This is an artiste’s imagination of Gods,” I tried to convince him.

“O, so, this is a fake photo?”, Tushit looked at me with probing eyes.

“Ummm…kind of”, I was in a tight spot. “You need to know the history of such paintings. “And, there may not have been blade or scissors in the time of Ramayana.” I was trying to be cautious in giving any definite historicity to the mythical Gods.

“Oh, so when did the first scissors was invented?”, Tushit was more interested in scissors than God.

How fascinating. How frustrating. Why do we not have the history of such day to day things in our textbooks, I wondered. My knowledge of history was on severe test. Does anyone of you know this? Help!

“Hey, I will tell you that later. Right now, let’s listen to the video message from the Prime Minister”, I tried to divert his attention to the TV. The Prime Minister was giving a major message at the time of unprecedented corona crisis. “on this Sunday, let’s put out the lights at 9 pm for 9 minutes….”

“Papa, this is really an effective way to fight Corona, I feel. If there is no light, Corona can’t see us and we will all be saved.” Said Tushit with amazing innocence.

“But then, Papa, why is he asking us to light candles, and flashlight? Won’t Corona find us again?” He had a glint in his eyes.

I don’t underestimate children’s ability to see through. I had a miserable face. How desperately I wanted to defy lock down and run out of the home.

“Come one and all, food is ready”, commanded his mother. I would be eternally grateful for this to save me from this unimaginable crisis – greater than corona!!

Vagish Jha is a historian and educationist based in Delhi.