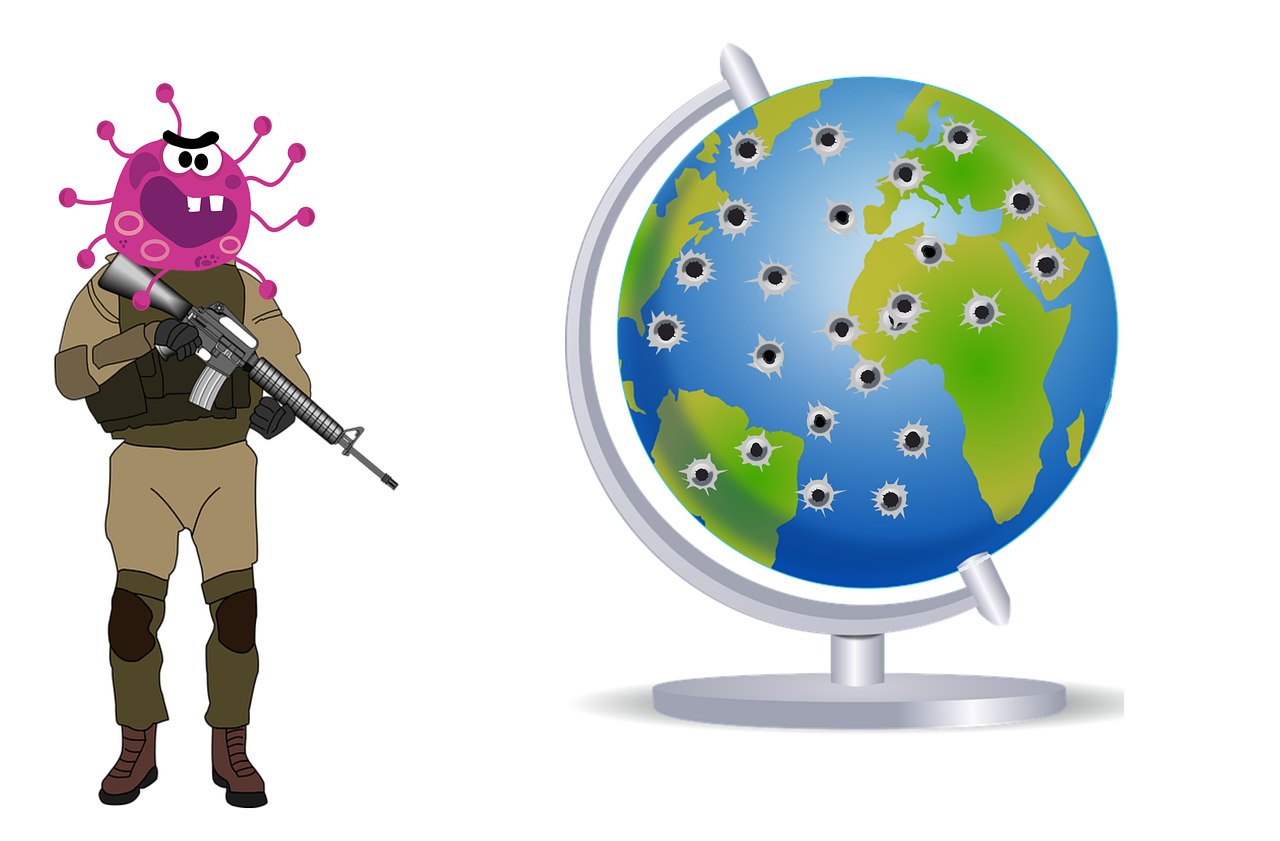 COVID-19, a non-cooperative bio-game, played by the giant economies with mixed strategy and without iteration. East seems to play a dominant strategy with the maxi-min outcome while the West is on mini-max outcome with simultaneous moves. This repeated game is played to adjust the world into a new socio, political, and economic order. That new order shall be the sub-game perfect Nash equilibrium for this bio-game.

History repeats itself and the adaptive expectation predicts that drama played by world powers for the establishment of democracy at those times is no different in the present context for changing the world order except only the dynamic tactics. Communism with mutations slightly different from Lenin and Mao may take over the system of democracy as Nash equilibrium of the game.

A thorough look over the last decade on the world reveals many more things about the strategy of the players of the game for changing the world order with asymmetric information; be it African exploration by China, US elections, BREXIT, Mars mission, Modi, etc. all confirm the establishment of a new equilibrium in the world. The elites/capitalists are the nucleus of the system around which all other things revolve, sometimes creating exciting states for LDC’s by showing some light and then expelling them out of the system.

Why is a new world order needed by the players of the game? A question whose answer lies in the concept of economic man. Elites created earlier a system in the name of democracy to protect the interests of their interest. But as one of the players among slightly changed the model from interest-earning to investment earning (economic concept given by Islam invest and reinvest; a dynamic model without earning interest, but the player here is playing the super dynamic game investment earning with interest-earning) created a win-win strategy for this player among others becoming elite of elites. To check its eliteness, other players shall come forward with a cooperative game model in which the elitist elite set the system which others have to follow, and new world order will be established.

What might happen in the new world order regime? A world with east backed new colonization might emerge. Under-utilized resources of the middle world (LDC’s and High-Income Middle Countries) will be exploited at the will of those who are exploited by the elitist player. The player has already taken the initiative of specific strategies in those countries. To maximize the payoff, the elitist player will play cell by cell inspection strategy. Countries with population boom will act as consumption-led growth for the player; it will play friendly tactics with these countries. The new system will be soft exploitation on traditions, culture, economy, society, and conventions of the poor ones. The elitist player sets the price, which the other players have to follow the other players will have no control over the price because of the might of the player first.

Can the other players retaliate in the game? Probably no, because player one shall have full control over the economy, henceforth polity, and the subsequent constituents in the game. Other players will also try not to retaliate until and unless they are squeezing profits. The elite players will not quit the game unless the elitist player provides some space of profits for them. Quitting the game may lead the other players to think about retaliation, but that will require sufficient time, space, and energy for them to retaliate. There is no possibility of bio-war shortly although elitist player strategically handled COVID-19 pandemic. The other players can’t think it over because of the devastating condition of their economies.  Will the new regime also perish someday?

Obviously it will , because of the divergence of the dynamism. The day other players quit the game, they will try to find an alternate solution of the model in the game. But only investing in productive education and creating social and scientific capital can save them. The investment and reinvestment model without interest will help the other players at that time to create an alternative new world order that will lead to a completely cooperative game with a pre-established Nash equilibrium. This cycle of a changing world order will whirl upon until the static and stable equilibrium is established on the pivot of the contentious economic game.