I know that it takes about three minutes to read each page of this book. Well, according to statistics, in that same space of time, 300 people will die, and another 620 will be born.

I might take half an hour to write each page: I’m sitting at my computer, concentrating on what I’m doing, with books all around me, ideas in my head, cars driving past outside. Everything seems perfectly normal, and yet during these thirty minutes, 3,000 people have died, and 6,200 people have just seen the light of the world for the first time.

Where are those thousands of families who have just begun to mourn the loss of someone, or to smile at the arrival of a son, daughter, nephew, niece, brother, or sister?

I stop and reflect a little. Perhaps many of those people were reaching the end of a long and painful illness, and some people are relieved when the Angel comes for them. Then again, hundreds of those children who have just been born will be abandoned the next moment and will go on to form part of the death statistics before I have even finished writing this page.

How strange. A simple statistic, which I happened to read, and suddenly I’m aware of all those deaths and entrances, those smiles and tears. How many of them are leaving this life while alone in their rooms, with no one realizing what’s happening? How many will be born in secret and then abandoned outside a children’s home or a convent?

I think to myself that I was once part of the birth statistics and will, one day, be included amongst the numbers of dead. Ever since I walked the road to Santiago, I have understood that, although life goes on and we are all eternal, this existence will one day end.

People do not think very much about death. They spend their lives worrying about absurdities; they put things off, and fail to notice important moments. They don’t take risks, because they think it’s dangerous. They complain a lot, but are afraid to take action. They want everything to change, but they themselves refuse to change.

If they thought a little more about death, they would never forget to make that much-postponed phone call. They would be a little crazier. They would not be afraid of this incarnation coming to an end, because you cannot fear something that is going to happen anyway.

The Indians say: ‘Today is as good a day as any to leave this world.’ And a wise man once said: ‘Death is always sitting by your side so that, when you need to do something important, it will give you the strength and the courage that you need.’

I hope that you, dear reader, have got this far. It would be foolish to be frightened by death, because all of us, sooner or later, are going to die. And only those who accept this fact are prepared for life. 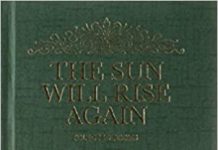