Even though death is ingrained in the rhythm of life, it shatters us. Possibly, the history of the Jawaharlal Nehru University—or, its Centre for the Study of Social Systems—is inseparable from the life Professor Yogendra Singh lived: his scholarship, his creative blend of engaged teaching and meaningful research, and his role as an institution-builder. In a way, he nurtured the sociology department at JNU, and worked hard with his colleagues, students and researchers to elevate the CSSS to a great height. His death has shocked the entire community of teachers and students.

His most celebrated book Modernization of Indian Tradition, it would not be wrong to say, made him immensely popular amongst students and researchers. His deep understanding of the historicity of Indian society—its cultural dynamics, caste structure, political processes and social movements—often characterized his lectures, speeches and writings. He was empirically grounded, and philosophically profound. And he evolved continually. In a way, his books like Ideology and Theory in Indian Sociology, or Culture Change in India: Identity and Globalization reflected Professor Singh’s constant quest for new ideas and innovative research. 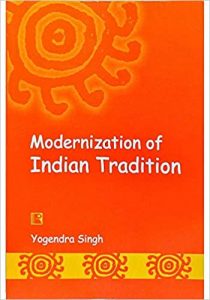 His students often recall him as an extraordinary teacher. His illuminating lectures on Emile Durkheim, Max Weber and Karl Marx enriched generations of students. His active/alive presence, his compassionate smile and his charisma made him so special. His students can be found in every part of the country—as researchers, professors, civil servants and political activists. In fact, his dharma was filled with scholarship, gentleness and humility.

Even though Professor Singh left his physical body, the culture of scholarship he sought to cultivate, we believe, would continue to inspire the new generation of students, teachers and researchers.