The death of a pregnant elephant in Kerala, close to the World Environment Day has left the whole nation angry. From politicians to media persons and common citizens, the news of the death of the pregnant elephant who was allegedly murdered by feeding him a pineapple stuffed with explosives has brunt the internet like a wild fire. A number of online signature campaigns have been launched and signed by many asking for justice for the voiceless animal but ironically voice of the ones who has been accused of murdering the gentle soul has remained missing or unheard.

The incident occurred in the last week of May but has been brought to the limelight just days before the World Environment Day. In this era, when social media users have become the voice for the voiceless animals, the accused locals or farmers remain voiceless amidst this social media uproar.

Snaring wild animals with indigenous techniques remains one of the oldest methods of keeping them away from destroying one’s farm, all though illegal, it is one of the cheapest methods and hence it is used widely. These animals move in herds and thereby have the potential to destroy crops overnight, incurring huge losses to already poor farmers.

Bursting crackers, creating loud noises and hunting are the most easy, cheap and traditional ways of warding off wild animals and saving crops and human lives as well. According to Chinese mythology, celebrating Cun Jie (Spring festival) that falls in the month of February, started when a monster called Nian, would destroy the village and even eat human beings was scared off by flashing red coloured clothes, papers, etc. and bursting crackers.

Even today, Chinese people follow these traditions during Spring Festival. While these traditions are still followed by common masses, following a traditional method by farmers to save their crops makes sense.

Will insensitively demanding stringent punishments for already troubled farmers ensure safe lives for such occasional strollers, or does it mean that more farmers will end their lives when their farms are destroyed and they are unable to pay back loans that they had taken for their children’s education or farming related purchases?

As snaring of wild animals remains one of the cheapest methods of saving farm crops, eco-friendly and cheap methods like using hatchery waste may help the farmers and save lives of many wild animals. This method creates a pungent smell that is disliked by herbivores animals which resists them from entering the field. Methods like building electric fences, using sounds of tigers and lions to divert the animals might not be affordable for many farmers but for the hatchery method all that farmers require are eggs and water.

Farmers require more ideas and effective methods to save their farms not stringent punishments. As civil citizens, more than asking for punishments for farmers at a click of a button by filling petition forms,  we must understand their problems and find solutions for them. India has been recording a high degree of farmer suicides owing to growing agrarian distress and the numbers are only increasing every year. Ensuring better facilities to these farmers who are compelled to use these old methods to save their crops will not only benefit them but also save wild lives, hating them and signing petitions won’t.

Shital Baraily is pursuing her Masters at the Center for the Study of Social Systems, JNU, New Delhi. 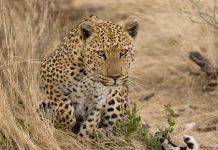