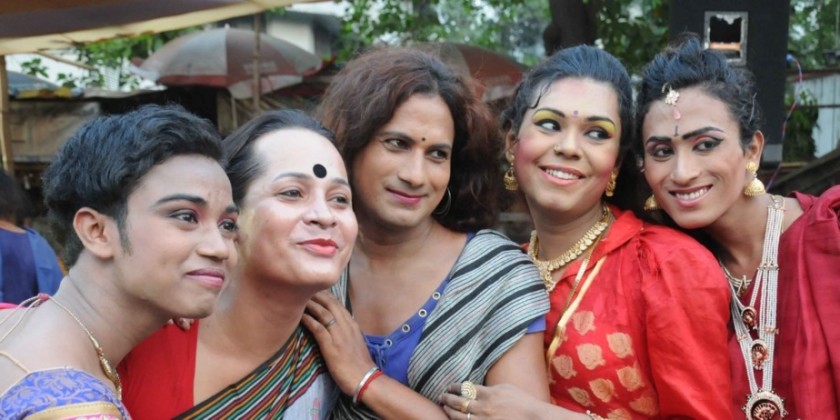 The very idea of human rights is premised on the assumption and acceptance of the notion that all human beings are equal and thereby deserve to be seen and treated equally in the eyes of law.

Anything that undermines the dignity of people or takes away from their human rights is to be considered a violation because it goes against/violates the principle of equality and paves way for discrimination.

We find ourselves at a time in the world’s trajectory where the human rights and dignity of people who are lesbian, gay, bisexual, transgender and inter-sexed are becoming extremely important themes for political awakening at a global scale. The adoption of new laws and policies in recent years, including the adoption of measures to legally protect and promote the rights of the community have begun to shape up a previously unprecedented trajectory in the assertion of rights by the LGBTQ community.

The LGBTQ Community and the Constitution of India

If one were to look at the key ideals that the Indian Constitution is based on, it would be equality before law and equal protection under the law as guaranteed by Articles 14 and 21.

Both these and several other subsequent judgements are considered to be important and even landmark moments in the history of the rights and dignities of the LGBTQ community in India.

They are considered to be landmark judgements both in terms of the expansive readings of constitutionality that they brought to the forefront and the way they underlined and asserted the rights of the LGBTQ community as equal members of the Indian society and also because it empowered and strengthened the LGBTQ community to a great extort. Both of these judgements will forever be marked in bold letters as far as the struggles and hardships of the LGBTQ community is concerned and will be remembered for their ability to drastically change the discourse on the community’s rights.

The erasing away of the relic of exploitative British rule and the empowerment of the members of the LGBTQ community under the Indian Constitution by extending them legal protection is indeed a huge success of the movement. But what we must understand is that, although this a welcome move, it cannot be seen as sufficient.

The LGBTQ community in India may be completely free and equal citizens under the Indian Constitution and the legal framework but has such an ideal percolated to how they are treated in their day to day lives within the wider social domain?

This only goes on to highlight the wide range of efforts that need to be made at the societal level in India and in rest of the world to overturn the exploitative and repressive anti-gay laws.

We know that India is an extremely diverse country as far as cultures, ethnicities, religious, life-practices and societal orientations are concerned. This has a deep impact on the way members of the LGBTQ and even the LGBTQI are treated.

The disparity between the urban and the rural parts of India,  the differences of perception that people hold about the community in various lingual, ethnic, religious, caste and class groups is highly diversified and created much complexity on the ground.

Although how a group looks at or relates to the community is diverse and not necessarily predictable, what we cannot deny is the fact that the LGBTQ or the LGBTQI community in India is not a small one and that it has a strong and assertive voice which is determined to reclaim its equality and dignity at all costs.

Yes, today we find ourselves at a time when the draconian Article 377 has been abolished, we condemn and feel ashamed of practices such as Homophobia and Transphobia and the LGBTQ pride movement has spread with great intensity across the world.

We have indeed come a long way but there is still a lot that remains to be done and initiated if the country and the larger social order are really to become conducive to the dignity and welfare of the LGBTQ community.

But are we ready to change?

Many members of the LGBTQ commute still feel uncomfortable due to hostile and inhospitable social-cultural conditions to express themselves, bring their identities to the forefront and live their lives without the fear of being resisted, judged, ridiculed and mistreated for who they truly are. Members of the LGBTQ community are human beings , holders of human rights and they deserve to be respected and accepted for who they are.