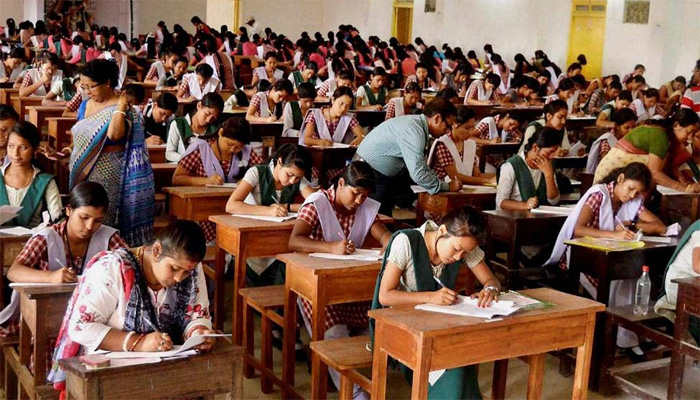 The Council for Indian Certificate of Secondary Examinations ’s (CISCE) recent decision to give the choice to write the pending Board exam to Class 10 children is in effect a non-choice. It reflects deep insensitivity on part of the Council to both children’s fears, anxieties as well as parents’ concerns and opinions. It’s a no choice because irrespective of children’s decision, they will still be evaluated and the mode of evaluation will depend on the school which could be either  internal assessment or the performance of the child in the pre board or exams already given. This seems to have little validity as all their life children have heard that it’s their performance in boards which really matters and the internal  exams are simply practice exams. On the other hand, the child’s performance in the boards under the present trying conditions when the threat of COVID-19 is still looming large is even less valid an indicator of a child’s competence, preparedness or talent. Both which ways, the child has to bear the brunt of the superficial and erratic conditions under which her performance is being judged.

The real catch here is that the children are not just going to be evaluated but their evaluation will have important consequences for their future. For example, it may decide their continuity or admission to a particular school or college. While in some states, children admitted once to schools remain till class 12, unless they fail or drop out, a few states like Maharashtra terminate their studentship in class tenth and regard class 11 admissions as being fresh. Based on the performance of students in class 10 boards, they admit or don’t admit their own student. It is strange that while they take pleasure in taking credit for the child who secures a very high percentage in boards regarding it as their success as well , they have no qualms or hesitation in abandoning  their own student  who gets an embarrassing 40 or 50% in Boards. While the successful child’s performance is perceived as a collective effort, a not so successful child’s abysmal performance is dismissed as his personal failure.

More importantly, this decision of the board reiterates/sends three important messages to the children-

The council’s decision to somehow hold the exams through Saturdays , sundays etc even at the cost of risking children’s lives is bizarre This stubbornness to hold on to exams as a means of assessing children’s performance reflects the alienating nature of our education , particularly school system where children’s voices do not matter and they merely serve  as guinea pigs in the entire   system. it also shows how cut off the school is from the real world. At a time when the world is going through a crisis of incomprehensible proportion and magnitude,  where  neither children nor adults have witnessed anything of this kind, where social distancing has become the norm, where it is safer to mistrust everyone including  one’s own relatives or friends is , where illness and loss of life has become rampant, where people are dying of hunger , poverty , joblessness and where children are predictably confounded and scared , the Council’s insistence on still holding board exams seems to be a totally meaningless exercise. Besides  eliminating students for future rewards and justifying failure and success, Board exams have never really  served any meaningful purpose. Infact they cause enormous stress to not only students but entire families of these children. To hold them in these bizarre conditions of a pandemic , a global hysteria where every single individual’s only concern is to save one’s life, this decision seems to be totally callous.

This option of appearing or not appearing for the board can serve as a real choice only if the marks achieved in them either which way are totally cut off from what children are aspiring for in the immediate future. Children wanting to change schools could be assessed on any other criteria – a fresh entrance or an interview etc and those wishing to continue in the same schools should be accepted unconditionally. The Council’s concern should be to allay children’s fears and ensure them a safe and secure future and not burden them with a decision whose implications they either don’t understand or understand but don’t control.

Problematising the Evaluation System, the Absurdity of Conducting Exams Amid the Pandemic

A Contemporary Understanding of Studentship as “Critical Thinking” in New India