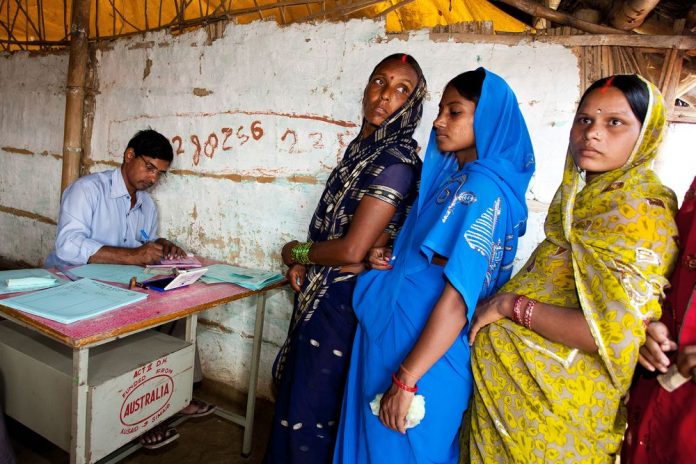 The coronavirus pandemic and the associated lockdown have certainly recked havoc for a large number of pregnant women in the country who are finding it extremely difficult to access healthcare and medical counsel as they would have under normal circumstances.

The lockdown period has seen the state neglect and undermine the welfare and accessibility issues to medical infrastructure for a large number of pregnant women and this certainly raises many alarming questions about the abdication of responsibilities and the resultant problems as far as the wellbeing of India’s pregnant women is concerned.

In what can be recounted as a shocking incident, just a couple of weeks ago, a pregnant woman was forced to die inside an ambulance in Noida after being denied admission by a large number or private hospitals in Noida.

Does this not send a chill through our spines and compel us to raise significant questions about medical negligence, lack of policy outreach and chaos around maternal medical care during the pandemic?

Moreover, if an incident such as this can happen so close to Delhi, the country’s Capital, then what must be happening in other remote corners of the nation? The next question that comes to mind is whether there was a plan to address the needs of millions of women who where/are due for childbirth before the lockdown came to be suddenly announced?

Medical Infrastructure and its Treatment of Pregnant Women

We are aware of the fact that over the last fifteen years, the government of India has been steadily providing for or at least promising an effort for the wellbeing of women who have conceived and are soon to deliver. Maternal wellbeing has certainly been one of the top agendas of the state, and these benefits are offered to such women provided they turn up at the public hospitals during labour.

The government has been engaged in providing cash transfers and incentives to those who have opted for institutional births. Over the years, it has become almost like a routine for pregnant women to go to public health facilities for availing medical tests, consultation, medicines and supervision during labour.

Moreover, there have been successful and complex efforts to track every pregnant woman, infant and child in the country, until the later turns five. But the lockdown has certainly recked havoc for a large number of pregnant women as the state seems to have almost shut its eyes to their needs and requirements as it battles with the pandemic. It is ironic that the state seems to have even forgotten the women it has registered for birth in its own records.

Despite the fact that even in the recent pandemic, pregnant women were identified as people being at a ‘high risk’ of catching the infection, not enough has been one to ensure that these very women are able to easily access medical care and attention, even emergency services have not been out in place.

As a result of the already inadequate medical infrastructure, frontline workers have been pressed into community surveillance, monitoring and awareness building in the context of COVID-19 pandemic and this has further led to the amplification of the void in pregnant women’s access to medical care and emergency facilities.

The public healthcare system has been truly faced with overburdening and the patients who need care other than for coronavirus are suffering a lot. Most secondary and tertiary hospitals were either designated as COVID-19 facilities or found themselves to be unequipped to handle the situation at hand.

There is no dearth of information on the plight of pregnant women in the pandemic and the extent to which their lives are threatened by the coronavirus infection. There have been a significant number of deaths that have also been recorded ever since the lockdown came into being, all pointing at the exhausted medical infrastructure which is working day in and day out to mitigate the pandemic.

Recently, a twenty year old pregnant woman from Telangana having anaemia and high blood pressure died after being turned down by several hospitals. Another woman who was twenty-five yeas old suffered immensely while in labour, because she came from a containment zone and atleast six hospitals and clinics refused to admit her.

Later she was forced to give birth outside the All India Institute of Medical Sciences. Many such incidents have been reported from different parts of the country but certainly, there must be thousands of more which have gone unrecorded. 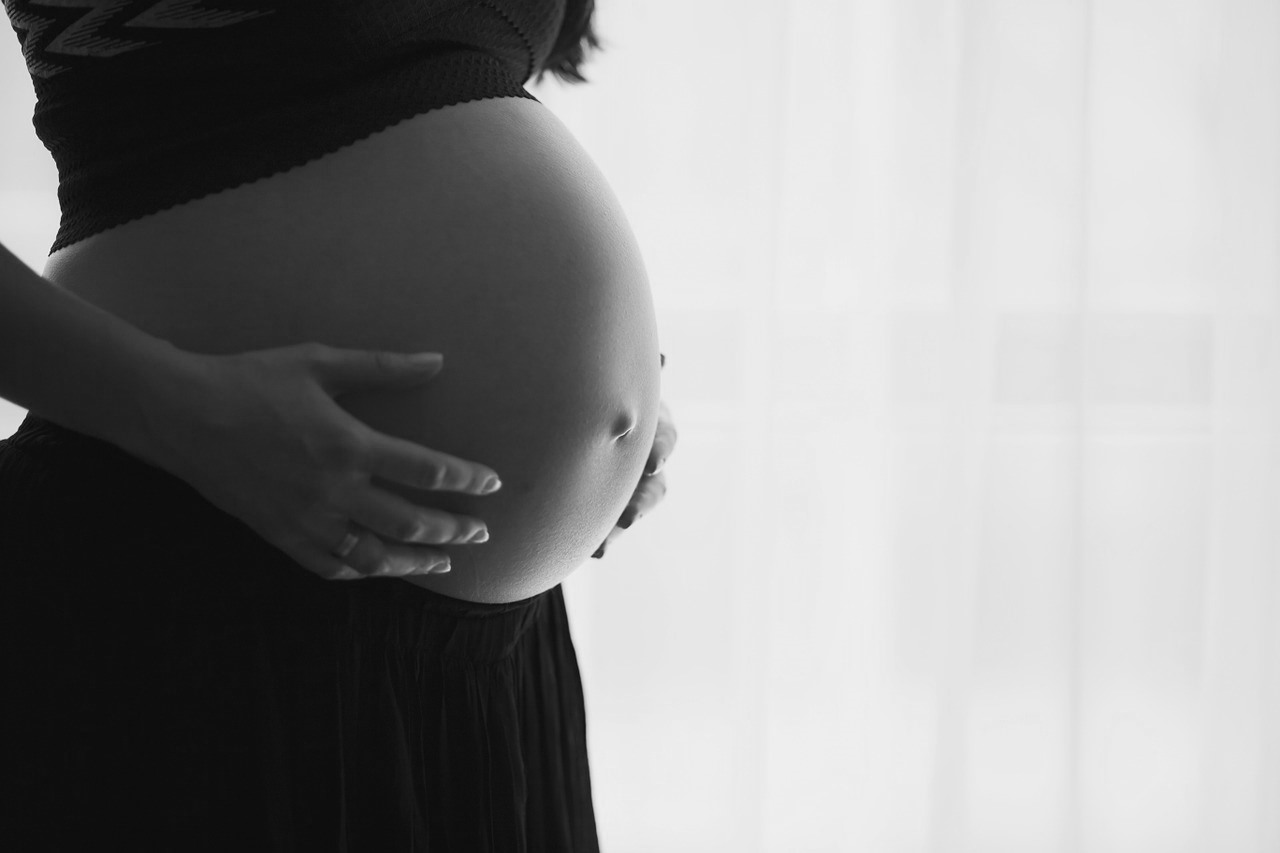 In a matter of just 12 weeks, more than 9,00,000 pregnant women(15% of six million women giving birth) who required critical care were compelled to face enormous hurdles to get due treatment.

Another 45,000 women have had miscarriages or have opted for abortions amid the lockdown.

After a number of instances pertaining to the medical neglect of pregnant women surfaced, the government quite belatedly came up with a series of guidelines a month after the lockdown was announced.

But ironically this has only added to the tremendous confusion which was already doing the rounds at the grassroots level.

According to the set of new guidelines, pregnant women are required to be recently tested and certified as COVID-19 negative to enter a general hospital. But it wasn’t clarified how this could be done with women who were already in labour, because even if the tests are conducted right then, the test reports come at least a day after, at the minimum.

The most important question here is: when the state expects people to modify their behaviour through an inducement like a cash incentive, does this not put the moral and ethical-institutional responsibility upon the state to ensure that effective systems for maternal care are put in place?

The Public Health System is Overburdened, Why Isn’t the Private Sector Cooperating?

It is extremely important for policymakers to acknowledge and draw from the understanding that the public healthcare system of India is heavily burdened, stretched beyond its limits and inadequately equipped to say the least.

This over-stretched and under resourced medical care system or the public health infrastructure is failing the pregnant women in the country who require critical medical attention. Private hospitals have stepped back in large umbers due to the fear of infection. Despite the fact that 80% doctors and 64% beds are in the private sector, the closure of such facilities is bringing up a magnanimous crisis before India.

With closing private hospitals and big hospitals charging exorbitant fees, the role of the private sector has become more important than ever before and is in need of immediate scrutiny.

Sustained efforts and initiatives along with significant expenditure have brought about this crucial difference.

But today as the country battles the coronavirus pandemic and the public infrastructure falls seriously short, many of the achievements of the last many years may be lost.  It is a sad state of affairs that due to the COVID-19 pandemic, even the hard won gains of the last 15 years can soon be erased in a stroke.

It wouldn’t be wrong to say that the pandemic has led to the erasing away of social equity and enhanced social inequalities sharply as the state has often shied away from its responsibilities. But how can the state win back the trust of the pregnant women who have been struggling to gain even an iota of attention under the public health system?

There is an urgent need to account for the millions of deliveries that are taking place amid the pandemic and document how they took place, and how abortions and miscarriages and unconstitutional deliveries took place need to be documented carefully.

The agenda that was prioritised by the government fifteen years ago was around improving the health of pregnant women in India, but today with an overburdened public healthcare we may be already compromising on it.

As we gradually move from the phase of the lockdown to the phases of subsequent ‘unlocks’ let us work collectively towards a long-term medical system management strategy that structurally and institutionally involves and even mandates the rigorous participation of private hospitals and medical facilities in building a better public health situation in India.

The crisis faced by pregnant women amid the lockdown is only the tip of the iceberg, there are deep rooted structural and institutional issues that still need to be addressed. But is the state ready to listen?

A More Grounded Approach to the Pathetic State of Sanitation Workers...

Understanding the Nuances of Children’s Play Amid the Pandemic

What Lies Behind the Failure of PESA: India’s Greatest Initiative to...