It was as an undergraduate student of economics at the Aligarh Muslim University (AMU) that I decided that I must head to JNU. I also decided to switch from economics to political science. The economics taught at AMU was not particularly inspiring. Besides, the discipline even in those days, in my perception tended to be overly mathematical and statistical, moving away from the philosophical, historical and political. When I read about the discontent of many economics undergraduates at what they were taught during the 2007 financial crisis, I could recall a sense of my own discontent, a little over a decade earlier. When I was successful in the MA entrance examination for the Centre for Political Studies, I found it a little annoying when most of my friends assumed that I would be preparing for the Civil Services exam. I had vague ideas of wanting to be a journalist for which I felt that a good masters degree in political science would give me a solid grounding. Once I arrived in JNU, I was completely absorbed by the political and intellectual ferment of the place.  There was a strange kind of intellectual freedom that I had never experienced before.  This is what brought me to the domain of political studies. It is with profound sadness that I have to say that JNU seems to be going down the same road travelled by many ‘once upon a time’ great Indian universities. JNU’s rate of acceleration down this well travelled road seems to be much higher than the earlier universities, whose wrecks, to carry the metaphor forward, lie strewn all around.

My many years at JNU as a student and as a faculty member have taught me the centrality of the public university in the life of a nation and the indispensability of education as a public good, provisioned by state expenditure. I know that such things are often said with the repetitive regularity of sloganeering, so let me underline the urgency of education with an example. One of the demands that has arisen with the protests against the death of George Floyd in the US, is to ‘defund the police’. It is a worthwhile demand as the massive amounts of expenditure that are unquestioningly directed towards heavy handed policing, mass incarceration, imprisonment and surveillance in most societies can very well be diverted to areas such as education. We live in societies in thrall of fear, where taxpayers never seem to question the worth of their contributions towards securitisation. Yet there is an exaggerated eagerness with which taxpayers tend to question the worth of their contributions towards welfare, health, housing and education. We witnessed an almost hilarious version of this when in recent years some rather self-righteous tax payers have expressed anger at their money going with waste at supposedly worthless institutions like JNU. Such individuals forget one of the first canons of taxation, that there is no quid pro quo on taxes paid. Ideas like education and citizenship can never remain limited to the narrow confines of the private and despite the best efforts of the powers that be across the world, the concerns embodied by education and citizenship will inevitably burst out of the private to reclaim the public, where they naturally belong.

I am not particularly optimistic about the immediate survival of constitutional values and secularism and syncretism. For many years I have discussed with students the idea of constitutional patriotism that  the German philosopher and social theorist, Juergen Habermas started talking about in the 1990s and 2000s. It was such an idea of constitutional patriotism that the protesters at Shaheen Bagh seemed to be evoking. The problem is that the sobriety and measured nature of constitutional patriotism stands no chance in the face of the loud patriotism that is amplified by news anchors in the electronic media in our country, who seem to lack any training in responsible and sensible journalism. In the assertion of nationalism that we witness, not just in India, but in many parts of the world, constitutionalism will unfortunately prove to be as fragile as the paper on which constitutions are written. The same would be the story of secularism and syncretism. But this is the story in the short term. It is happening because of a powerful combination of neoliberal politics and hyper-nationalism that threatens to shred constitutionalism, shelve secularism and make short shrift of syncretism. This cannot last for too long, and in the long run we will witness the revival of civility in political discourse and the return of secularism and syncretism. Over the last few years I have increasingly looked at politics in more global terms and as I write these responses to your questions, news is coming from the US of the Supreme Court ruling by a 7-2 majority that President Trump’s financial records need to be shared with New York prosecutors. This is a major blow for someone like President Trump and given the fact that his re-election prospects  look bleaker now than say, a few months ago, the future will not be all doom and gloom. However the times ahead will be  far from smooth and if there is any historical indicator that we have of the turbulence that lies ahead for us in the decade of the 2020s, it is the 1930s in Europe.

Yes, I would broadly agree with the premise of the question that an over-emphasis on identity politics can be problematic, that the difference that is fostered by identity politics tends to detract from the similarity, most importantly the humanity, that we all share in common. But I should add a word of caution here. The dangers of identity politics, which I have acknowledged, can be hijacked by a majoritarian political discourse to completely discredit all manner of identity politics, which I would view as being wrong. Certain identities that have historically been oppressed need to take full recourse to identity politics. Hence Black Lives Matter, and this can in no way be under-emphasised. Similarly in India the articulation of a Dalit identity has a certain political legitimacy and historical necessity to it. Those who point to the dangers of  identity politics cannot use the pretext of those dangers to discredit identity politics. The danger of identity politics arises when the proponents of an oppressed identity go to the extent of almost dehumanising the oppressor. The oppressor however perverted, cannot be dehumanised, otherwise the oppressed risk doing to the oppressor what the oppressor has already done to them. Somewhere the anger of the oppressed must assume the mantle of moral authority that refuses to act in the demeaning way of the oppressor. If this does not happen, then identity politics risks becoming a form of vendetta. To take an instance, Malcolm X, when he broke away from the Nation of Islam refused to call the white man, the Devil. There is an inherent dignity, sobriety and honour in this manner of asserting an oppressed identity when it  refuses to behave in the manner of the oppressor. When it comes to liberation, the assertion of oppressed identities is of course important, but it must never be forgotten that a key role in such struggles will also be played by those worthy individuals whose own social location is on the side of the dominant majority, but who have the decency and good sense to acknowledge the oppression that emanates from their own privileged social location.

The relevance of each of these three thinkers for contemporary Indian society, riven as it is with the most horrific forms of inequality cannot be denied. In recent times with the CAA/NRC protests, the significance of Ambedkar has been highlighted in terms of the defence of the constitution that has been mounted by protestors. Again in response to CAA/NRC, India as the cradle of Gandhian civil disobedience has been brought back into focus. I must profess to a certain disquiet that I have felt at the massive proliferation of academic writing on both Ambedkar and Gandhi over the last few years. Let me confess, that I am not up to date with all of this writing that has emerged and therefore my answer in response to your question has a certain tentative quality to it, which I will be more than willing to retract, if corrected by more informed viewpoints. However, my sense of disquiet has emerged when I have listened to students trawling through this expanding literature. Quite often I have felt in a large number of students, that their understanding of the literature has more of a ‘he-said-this’ and ‘she-said-that’ quality to it, which is never conducive to good research and the originality that it is premised on. Again in the case of a thinker like Marx, there is a particular manner in which young students in a place like JNU tend to approach his ideas, this being in the manner of a compelled reading of texts on him or by him. This is true of other thinkers as well, where I have often felt that there is almost an anxiety among students to read and proffer an opinion of their reading. I have often felt the need to emphasise that the reason why we read abstruse thinkers is on account of their ideas helping us to think through the problems that we may be contending and grappling with. There should be no difficulty in freely admitting that one has not read a particular theorist. Again, I have felt that the trap that young minds are  falling into is one of reading the ideas of Marx, Ambedkar and Gandhi, or for that matter many other thinkers, on account of the fact everybody else is doing so. 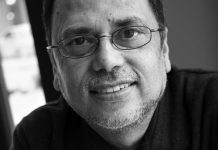 “Ranjit Guha was the first historian I met in flesh and blood who had a real enthusiasm for ideas”, says Professor Dipesh Chakrabarty 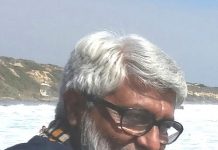 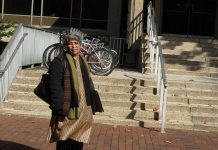 “A major learning for the post-COVID world should be the acknowledgement of a common humanity and the vulnerability of human existence.” Says Prof. Kumkum... 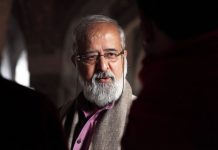 Interview | “The idea of India being projected today, is based on exclusion of minorities,Dalits and tribals”, Says Sohail Hashmi 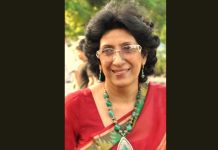 “Let us not underestimate the power of the human spirit”, says Ms. Suman Kumar 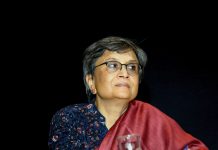 Interview | “For me, coming to Rishi Valley is a very natural transition”, says Professor Meenakshi Thapan

WATCH | How Justified is Capital Punishment in Modern Times?