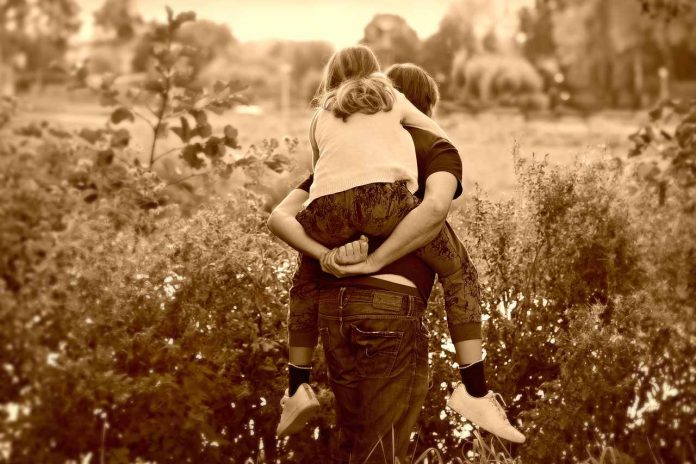 Let my doing nothing when I have nothing to do,
become untroubled in its depth of peace,
like the evening in the sea shore when the water is silent ……..
– Rabindranath Tagore.

And the Sun shines amid the clouds while me and Vedansh are sitting in our balcony, amid the few plants we have managed to grow in our apartment in Mumbai. The two birds chirp and play around us. We indeed have been doing nothing, just gazing around !! For months now, this has been our very dear time, sitting and gazing. The distant skies with different patterns of clouds, the far off green palm trees, our own Bougaainvillea creeper which has managed to peep out !! The other outlet to the outside world is one of  the room’s window. One can view the distant Aarey mountains, which would remind us of our annual visit to Sahyadri mountain ranges. This would be the much looked forward time during Mumbai Monsoons. We would soak in the memory of those times.

My son always would love to sit and see the trains pass by through the Goregaon station, near our house. For long now, there has been silence, no trains, no people on the platform. He would notice that silence and come back  and ask if the train which we board for Nanna’s place back home in Rajasthan, ever start again. Oh, yes, Bhilwara , my dear native place!! This is the time of the year we are there, doing nothing and just being ourselves. Pandemic had knocked the closest door in my life with great intensity. My parents, miles away, in the city of Bhilwara, seemed to be at a great risk sometime back. I felt helpless then. Rather, I had become a kid myself longing to be with my parents. And here I had my own home, my child to be taken care of. For months now, Vedansh has been helping me out with running the washing machine , drying and folding the clothes, in the best possible manner he can. He would stand with me in the kitchen when I would bake cakes, chop vegetables , make roti’s . He would ask all sorts of questions around it and soon I realized he would be able to guess the ingredients in a dish. He would water our plants, feed the birds, change their water. We would chat and once I happened to show some old pictures I found. I realized he was so inquisitive to know about my past, about my everyday routine then. He would expect me to go on narrating the tales of my times. I could see, there he was, imagining how I was and how I lived!! And that was one of the best memory of the times we had spent during this pandemic.

Technology did touch us !! Nights would be the father and son time. The former would get free from ‘work from home’ and they would both decide and watch something on Netflix together . This was a rare but a consistent spectacle  for months now, given the fast pace and travel from workplace in a city like this . A city where fathers get to return from work when their kids would have slept.

During these uncertain and seeming to be endless times, there were rays of hope. In the smiles the father – son duo shared , the regular phone calls I started doing with my taken for granted parents and in-laws. This was also a time of REALISATION. A realization that the best gift one could give to the loved ones is by giving them an uninterrupted time of one’s life in a consistent manner.  We would encourage Vedansh to do a video call with all four grandparents every day. He would show them his birds, his piece of drawing , his cakes he baked with me. I eavesdropped and heard both his grandfather’s trying to talk him in English as if they were trying to learn from him. And they would enjoy without hesitation of making a mistake and someone hearing. It would be a treat to ears!! One of the  grandmothers would complain to Vedansh that her husband wasn’t helping her much with house work. The latter would innocently ask the grandfather as to why can’t he wash the utensils while his wife would cook.  I was along with Vedansh connecting with all those people back home who were neighbors and their families, whom we missed meeting this year.

And here it was what I feared the most, the circular for the commencement of online school for him. The Corona Virus is here to stay, no one knows till when. So, this seems to be the new normal for the time being. I feel technology trapped often, also because I am not so literate with it. There were apps to be downloaded, the content was to uploaded there by the school, etc. I felt lost , as I was expecting myself to be. Thanks to the ‘work from home’ and his father being around for us. We sailed the initial stage. The classes have started online with four lectures a day. Its been almost a fortnight and luckily as of now there is not much pressure regarding submissions, etc. The teachers so far seem to be empathetic. The future of this is unpredictable just like the uncertain times we are residing in. Yet, it’s helping to view the sunset, the distant mountains, the creeper growing every day, in the balcony !!

Vedansh ran and came, “Mamma come near the window, I can see a few people on the platform, I can see the trains crossing sometimes, though they seem to be empty.”

THIS TOO SHALL PASS !!

Uttara Bhansali did her M.Phil in Sociology from JNU. She is presently settled in Mumbai. 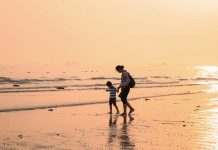 Parenting at the time of a Pandemic/Evolving as a Parent