The Congress finds itself extremely worried at the moment as the party is alleging poaching efforts by the BJP. The Congress is worried at the moment because there are chances of the Congress led government in Rajasthan toppling and high chances of the overthrowing of chief minister Ashok Gehlot.  The tensions have increased after Rajasthan Deputy CM Sachin Pilot reached Delhi along with more than twelve MLAs of the Congress are said to be in touch with the Bharitya Janta Party. Many members of the Rajasthan Congress were reportedly upset with CM Ashok Gehlot for issuing orders to question the deputy chief minister in an investigation into the alleged attempts to make the government unstable.

It is in this context that Sachin Pilot was summoned by the Rajasthan Anti-Terror Squad and the Special Operations Group on Friday. The complaint was filed ahead of the Rajya Sabha elations. Those who were loyal to Sachin Pilot in the Rajasthan Congress were threatening to begin a revolt.Party veterans feel that Sachin Pilot had been sidelined by Gehlot and discontent was brewing among his loyalists.

Meanwhile, the CM of the state alleged that there had been attempts by the BJP to destabilise the government by buying its MLAs.

Worried for our party

Will we wake up only after the horses have bolted from our stables ?

The BJP on the other hand has denied all these claims made by the Congress and said that it is not involved in any such conspiracy against the Congress government. It also said that since the Congress had failed to manage the COVID-19 crisis well, it was just trying to divert public attention from its failures. 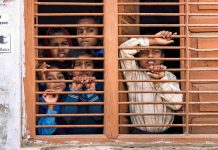