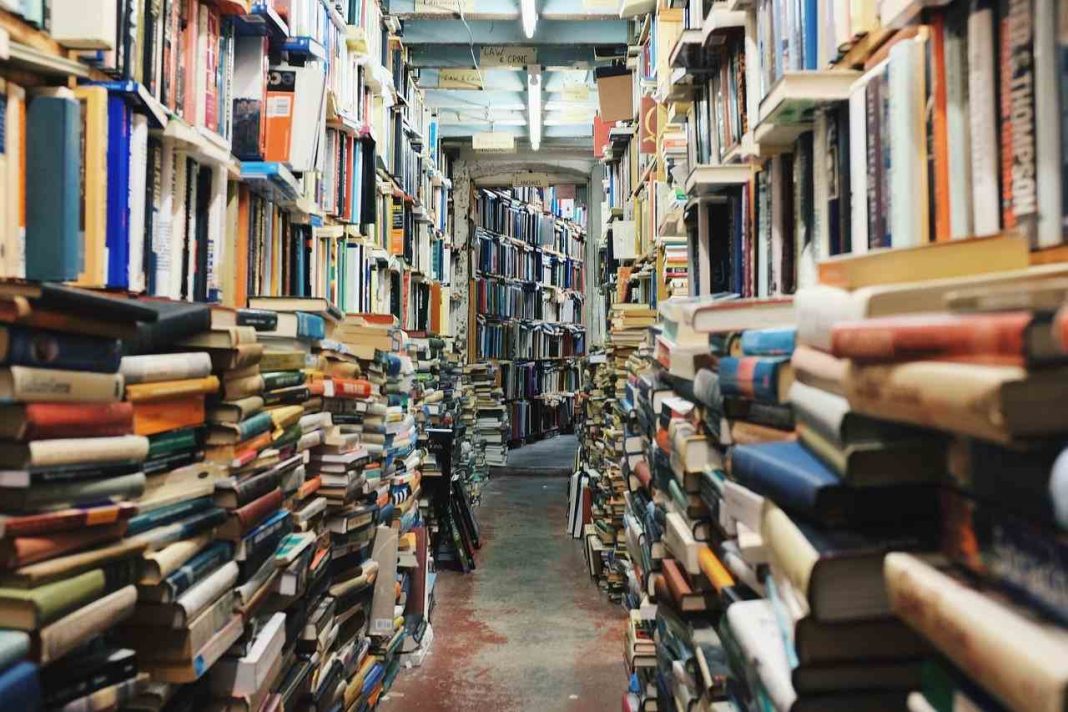 In The Little Prince, a classic children’s fable satirising the world of the ‘grown ups’, there are many simple yet profound instances that betray the hollowness of our lives. One such instance is when the Little Prince laments to the aviator stuck in the desert, about the adults’ predilection with numbers and figures. He sighs:

Grown-ups love figures. When you tell them that you have made a new friend, they never ask you any questions about essential matters. They never say to you: “What does his voice sound like? What games does he love best? Does he collect butterflies?” Instead, they demand: “How old is he? How many brothers does he have? How much does he weigh? How much money does his father make?” Only from these figures do they think they have learnt anything about him. If you were to say to the grown-ups: “I’ve seen a beautiful house made of rosy brick, with geraniums on the window sills and doves on the roof…” they would not be able to get any idea of such a house. You would have to say to them: “I saw a house that cost four thousand pounds.” Then they would exclaim; “Oh! What a pretty house that is!”

Doesn’t this sound all too familiar in the way we assess everything today? From the usefulness of our degrees, the education in our universities and even our own self-worth—everything is reduced to a statistic. Our degrees become stock market investments which are evaluated against the return they provide through the promise of ‘placement packages’. Ranked on the number of research articles written and the citations per faculty member, our universities transform into a factory of publications where research scholars—students and professors alike, labor to produce intellectual work. And finally, as products of this educational system, the celebration of learning rots away in the labyrinth of examinations, individuality is reduced to a percentage point and students become commodities who are evaluated on their market-value. Let me share a personal anecdote, the likes of which have occurred far too many times to be called ‘unsettling’ anymore. My cousin, who is a third year undergraduate student at DU, is already a successful entrepreneur at the tender age of twenty. So, she looks at me with absolute disbelief when I tell her that my plan for the next few years is to complete my PhD. She sighs at the decision making abilities of an older sister in her late twenties, who is choosing ‘studying’ over ‘making money’. Moreover, veiled in her genuine surprise is the blatant disdain towards an educational pursuit in humanities that takes away too much ‘time investment’ and wouldn’t give a commensurate ‘monetary return’. Her only response to my future plans is a glaring “But why, didi?”

I pause at the poignancy of this interrogation and realize how our universities fail to de-school our minds. Our education doesn’t equip us to see a person as a ‘life-spirit’—beyond the market value of the services expected from him/her, as Tagore would say. Instead, it commodifies us, masking our ingenuities under the barrage of quantifiable numerical values. However, it is not a lack of empathy on my cousin’s part. Instead, her questioning is symptomatic of a larger systemic failure of educational spaces. Trapped in an educational system that predicates itself on social Darwinism and the hubris of Modernity, we attach an economic value to our knowledge, become rationalists who pursue control in an uncertain world, demystify wonder through our ‘scientific’ and ‘logical’ lenses and seek security in an atomized existence.

Unlike the Little Prince, nobody asks the questions on the “essential matters”, like—Do you understand yourself and the world better through this degree? Despite all the knowledge intake, what questions remain unresolved in your heart?  Has your education challenged your ethics, your politics? Does it infuse you with a spirit of reflexivity? Have you become more sensitive to nature, to people around you? Do you now give meanings and attach value to things, to people, to experiences, any differently? Can you re-imagine the social, political and economic reality with new moralities? Do you wake up with a sense of wonder to understand this world? But we don’t ask these questions. Instead we ask—how many papers were you able to publish last year? What are your job prospects with a sociology degree? How many conferences did you present your thesis in? What was your cumulative GPA in the final semester?

But is there a possibility to re-imagine the university as an alternative space— where one can go beyond the tyranny of numbers and quantifiable metrics, beyond rankings and hierarchisation? Can we evaluate our education for its capacity to foster our strength of character, for its ability to make us sensitive scholars who understand dependent origination of all phenomena and enable in us a religiosity of life that appreciates wonder and embraces uncertainty? In this light, I’d like to highlight three key aspects which our universities, as spaces of learning, should help us unlearn.

The first aspect to unlearn is our penchant with conquering time. The phrase ‘rat-race’ underscores not only the brutal competitiveness with others but implies a struggle one must undertake against time itself. The ethos of capitalistic rationality dictates our educational processes to be endeavors of ‘productivity’, of ‘efficiency’—to produce the maximum output in minimum time. The zeal to control time, to not ‘waste it’, is upheld by our universities that insist on conducting online classes and examinations in the middle of an unprecedented pandemic. The pathos of productivity assesses “efficient” professors and research scholars by calculating the number of publications produced within a given time frame. But, how can a creative process be timed? A researcher is an artist who must be allowed the time and space to delve deeply into the germ of his idea, to revel in the impressions it leaves inside, to process and gather the unsayable and then deliver with clarity the completion of one’s creative work. Rainer Maria Rilke, in his seminal book Letters to a Young Poet, laments at this pathology of conquering time, especially in producing creative works by noting that:

These things cannot be measured by time; a year has no meaning, and ten years are nothing. To be an artist means: not to calculate and count; to grow and ripen like a tree which does not hurry the flow of its sap and stands at ease in the spring gales without fearing that no summer may follow. It will come. But it comes only to those who are patient, who are simply there in their vast, quiet tranquility, as if eternity lay before them.

Shouldn’t our universities emancipate us from this bondage of timed creativity? Shouldn’t our education systems enable us to embrace the virtue of thinking, to feel the power of patience and to valorize the virtue of slowness especially in a society that trips over its own hurried existence?

The second aspect to unlearn is our predilection with certainty, with definitiveness, with conclusive answers and grand narratives. The 21st century in particular is an epitome of  a ‘risk society’, as Ulrich Beck would put it, where in we are constantly mitigating environmental and social risks that we ourselves have produced. Our existence breathes of, what Anthony Giddens calls, an ‘ontological insecurity’ where our sense of order, normalcy, continuity and security is lost in a rapidly changing environment. Living in times of confusion, of information explosion, technological advancement and collapse of traditional systems and ideas, how does one find meaning in these turbulent times? The agony and dissonance reflected in the mental health struggles of many students today, speaks of our inability to give meaning to life. Shouldn’t it be the purpose of education to empower one in the face of such debilitating chaos? However, our educational systems reek of an absence of a philosophy. Not philosophy as a discipline, but as a foundational premise to reorient our lived experiences, our choices, our existence towards meaning-making. We need an education system that embraces the possibilities of our complex human subjectivities. An education that enables us to understand both ourselves and our society, as Nietzsche says, as “a becoming, not a being”—as evolving entities, not fixed embodiments wielding a defined morality. It is in the pedagogic spirit of critical inquiry that one finds freedom and meaning in the absurdity of life. Questioning the institutional dogmas, refuting the rationalized moralities, going beyond scientific narratives, doubting the definitive ‘truths’ and dismantling social norms, enables one to imagine an alternative reality. This fluidity of deconstruction and reconstruction, of both the self and society, engenders an embrace of the uncertain—a pursuit that university education must strive towards.

And lastly, the third aspect to unlearn is the burden of scientism and instead to learn a poetic spirit. A university must strive to foster a poetic spirit in its learner that enables him/her to see themselves in unity with all existence, in a sense of relatedness with others. A poetic spirit that enables one to find wonder and joy in the harmony between oneself and one’s surroundings and fathom the interdependence of all human life. In The Poet’s Religion, Tagore beautifully explains that the truth of the world resides “not in the masses of substance, not in the number of things, but in their relatedness, which neither can be counted, nor measured, nor abstracted.” This relatedness is the recognition of an underlying spirit that reverberates with an “eternal music of beauty and inner light of divine presence” in every human being, mirroring the creative unity human beings have with each other and the universe, despite the presence of our discrete selves and individuated existences. This spirit of relatedness channelizes sympathy across the barriers of caste, class, gender, race and sexuality, it engenders an ethic of care and propels one to question the purpose for which one accumulates knowledge. It is when our education breathes with this awareness of interconnectedness of all human life and environment, can scholars transmute knowledge into wisdom. Unless one practices, what Daisaku Ikeda – a Buddhist philosopher calls, a “cosmic humanism” which lies in respecting the dignity of each human life, one cannot expect a university education to resolve the social, political and economic crises that baffle us today. Without the ethic of care and an awareness of interconnectedness of all life, education will remain an empty pursuit of abstract intellectualism, an ineffectual undertaking of hierarchisation and ranking and an insensitive endeavor of power accumulation. 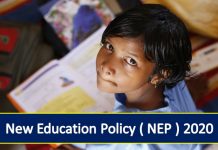 Questions Around Accessibility, Marginality and Continuity in Online Teaching 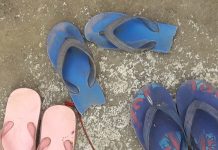 Rationalisation, Bureaucratisation & Inequality in Higher Education Amid the Pandemic