If America really values freedom and respects human rights, its high time it rethinks and corrects outrageous injustice in the name of prison laws. 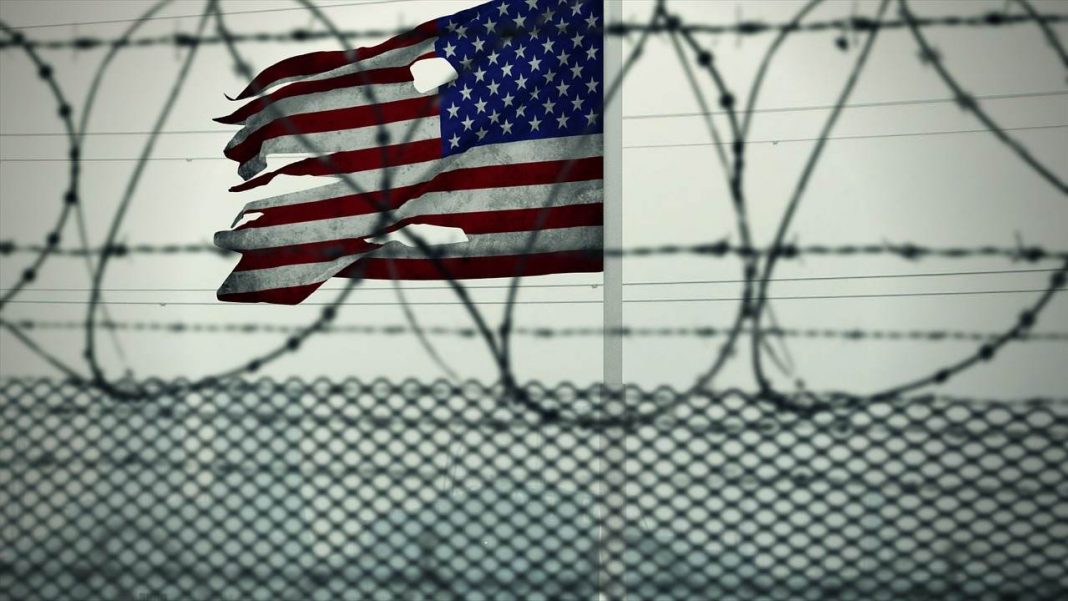 Even a cursory review of our prison system reveals the outrageous inhumanity to which hundreds of thousands of prisoners, especially young adults, are subjected to, many of whom are imprisoned for non-violent crimes, sometimes for life. Some of the cases I came across are simply heart wrenching, bringing tears to my eyes. The over-policing of America, which results in the disproportionate incarceration of people of color, and the numerous flaws in the judicial system, most particularly highlighted in sentencing disparities by race and class, and habitual offender (aka three-strikes) laws, have contributed greatly to the travesty of the American prison system. It is time for the whole country to demand extensive prison reforms and remove the stigma of the current prison system that dishonors America and puts it to shame.

Indeed, the state of our prison system is bewildering and most alarming. The US population of over 330 million is 4.25 percent of the total world population, but its prison population of nearly 2.3 million people is approximately 20 percent of the global prison population. Indeed, the US prisoner rate is 698 per 100,000 people — the highest rate in the world. If each US state were its own country, no other country would rank in the top 10 countries for rates of incarceration, nor in the top 20 or 30 – the next highest is El Salvador, 33rd on the list compared to individual US states.

In 2016, the Brennan Center for Justice reported that as high as 40 percent of prisoners should not be in prison—”behind bars with no compelling public safety reason.” There are literally thousands of young prisoners, Black and white, who are serving life sentences without the possibility of parole for non-violent offences. It is unfathomable that we as a society are spending billions of dollars every year to sustain such pointless cruelty, to inflict needless pain on individuals, fathers and mothers, who pose no threat at all to the public.

One such excruciatingly painful case was reported on by the ACLU in 2013. Rayvell Finch was arrested in Louisiana at age 22 for trespassing; a search of his person uncovered heroin, for which its possession he was convicted of in 1997. He was never accused of distribution, yet was sentenced to mandatory life in prison without parole under Louisiana’s habitual offender statute, as he had two prior ‘strikes’ against him (possession of stolen property in 1993, and possession with intent to distribute crack cocaine in 1994). He was only 23 years old when he received a life sentence—the same amount of time he has now spent in prison for his non-violent crime.

Appellate Judge William H. Byrnes stated that the sentence was “clearly excessive, and designed to cause needless suffering.” Finch has said that being separated from his family “feel[s] like my soul has been pierced and assaulted.”

Another that exemplifies the travesty of our prisons is that of Timothy Jackson. What was the crime for which he received a mandatory sentence of life without parole? Shoplifting a $159 jacket from a department store in New Orleans – an offense which now carries a six-month sentence, down from the two-year sentence when Jackson was arrested in 1996. He was 36 years old at the time. Like Rayvell Finch, he was sentenced as a habitual offender; his previous three ‘strikes’ were simple robbery when he was 17, and two simple car-burglary convictions. None of the crimes for which he was convicted of were violent, as noted by the Louisiana Fourth Circuit Court of Appeal, which called it “inappropriate” and “a prime example of an unjust result.”

While that same appeals court lessened his sentence initially, the Louisiana Supreme Court reinstated the full sentence, ruling that except under rare circumstances, judges could not depart from life sentences mandated by the habitual offender law.

I strongly feel that the system is completely and utterly unjust, and this is just one example. Both Finch and Jackson had made efforts to reform themselves in prison; Finch had completed substance abuse and anger management treatment, as well as literary and Christian ministry programs. Jackson earned his GED while imprisoned and learned woodworking, becoming skilled to a point where his creations are sold at the Angola Prison Rodeo’s Arts and Crafts Festival. However, due to their sentences which removed the possibility of parole, their rehabilitation will never matter—they will never be released, no matter how much they have changed and improved themselves. This is but one reason why the prison population remains so high; sentencing laws are completely blind, and the judges are forced to follow them like sheep.

Of the total prison population, 40 percent of those incarcerated are Black, despite Black Americans only comprising 13 percent of the country’s total population. Drug charges are a clear example of racial disparities – according to the NAACP, “African Americans and whites use drugs at similar rates, but the imprisonment rate of African Americans for drug charges is almost 6 times that of whites.” The incarceration rate for Black men is five times higher than those of white men. Nearly 70 percent of Black boys born today – 1 in 3 – will likely be imprisoned at some point in their lives.

These statistics can only begin to convey the enormity of the injustice that is being compounded day after day. The time is overdue to reform the prison system that stigmatizes America and defies its moral standing and values.Since we cannot count on the Trump administration to lift a finger, the burden will fall on the next president, who will hopefully come in the form of Joe Biden later this year. Once in office, he must make criminal justice reform one of his top priorities. He must undo the legacy he helped create with the 1994 crime bill, which helped fuel the increase in the prison population. One step would be to commit to freeing all prisoners who are incarcerated for petty crimes, especially for possession of marijuana and other small quantities of drugs that pose no danger to public safety. This will not only save a substantial amount of money on the costs of incarceration and courts, but it will help stem the spread of COVID-19 among the prison population.

This is the reality of mass incarceration and one of this country’s greatest shames — for if we really value freedom and respect human rights, we must correct this palpable and outrageous injustice.

Dr. Alon Ben-Meir is a professor of international relations at the Center for Global Affairs at NYU.

The article looks at how Buddhism as a way of life has gained currency in the West and the appeal it holds for its people.
Read more
- Advertisement -

Here is a reflection on the delightful and informative read by historian Roshen Dalal delving into the life and ideas of the world teacher J. Krishnamurti.
Read more
CONVERSATIONS

In an insightful conversation with The New Leam. Dr. Shailesh Shirali shares glimpses of his own engagement with the ideas of J.Krishnamurti and the philosophy behind the Sahyadri School.
Read more
EXCERPT

As a wanderer, Jiddu Krishnamurti sought to decondition our minds. And in the age of violence, his reflections and revelations have acquired great relevance. Here is an excerpt from the lecture he delivered at the Benares Hindu University in 1969.
Read more

Are American schools really tolerant of the diversity in its cultural fabric or does racism continue to divide and disrupt practices of quality?
Read more
NEWS

Three assassinations in the recent history of United Nations which changed the course of its social and political life, here is a detailed reading.
Read more
00:04:19
CULTURE

“We must join the tens of millions all over the world who see in peace our most sacred responsibility.” - Paul Robeson  Today is indeed a...
Read more
POLITICS

If Israel wants to maintain its status as a democracy—and indeed it has never missed an opportunity to assert itself as the sole democracy in the Middle East—it must treat its prisoners with dignity and respect, regardless of their race, religion, or creed
Read more
EDITORIAL

At a time when Donald Trump’s supporters are attacking the foundations of democracy, our farmers are arousing hope, and teaching us the art of nonviolent resistance to remind the rulers of the discontents of potential authoritarianism.
Read more
CULTURE

The article looks at how Buddhism as a way of life has gained currency in the West and the appeal it holds for its people.
Read more
EDUCATION

As a wanderer, Jiddu Krishnamurti sought to decondition our minds. And in the age of violence, his reflections and revelations have acquired great relevance. Here is an excerpt from the lecture he delivered at the Benares Hindu University in 1969.
Read more
CINEMA

Cinema is a very powerful medium which has been most commonly used to entertain people and to make money. However there is a higher...
Read more