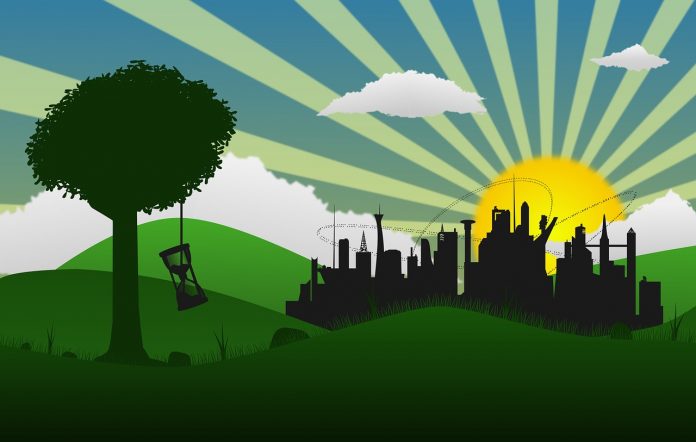 During the last five years SDGs ( Sustainable Development Goals) have become perhaps the most important reference point for development discussions and evaluations at the global level as well as in various countries including India. These goals have been drawn up by the United Nations and other involved agencies to draw a rapid progress time-line for humanity from 2015 to 2030, in some contexts for shorter durations. Hence for many desirable outcomes such as reduction of poverty, hunger, disease, child and maternal mortality, illiteracy , inequalities , environmental destruction etc. targets to be achieved by 2030, or earlier in some contexts, have been set and  development achievements at global and national levels have been discussed and evaluated more and more in terms of these SDGs being the reference point.

However during 2020 there has been such a huge setback in many indicators of human development and welfare that there is an urgent need to revise the SDGs. This setback has been mainly due to COVID-19, the resulting controversial prolonged lockdowns  and related factors.

Even if we consider only the various reports brought out by various United Nations agencies, there have been huge unanticipated setbacks in terms of increasing poverty, unemployment, hunger, disease, child and maternal mortality. Access to schools and educational institutions, many health and nutrition programs and immunization programs  has broken down or has been badly disrupted  for prolonged periods. The impacts are just not of a short-term duration but in fact are likely to linger on for quite some time.

Unfortunately during the same period of disease related turmoil, tensions have also escalated in several countries due to border disputes; broader strategic, dominance and rivalry issues or internal factors. As a result military expenses at global level are also likely to increase this year, when a compelling need is to reduce these in times of development crisis.

Due to both these factors the SDGs as originally decided are in serious disarray and need to be revised in the near future in order to retain their credibility. The need for this is accentuated by four other factors which were becoming increasingly evident even before the COVID-19 crisis appeared.

Firstly it was increasingly realized by many people with access to the realities of the development and environment situation that many targets and time-frame were not realistic given the ground-level situation and several global realities. Inequalities were increasing, adverse weather events and disasters were increasing, climate change was manifesting in many serious forms, democracy was declining in many parts of world but despite all this , SDG documents assumed that it will be possible in these conditions to achieve historically the most ambitious welfare and development goals. This contradiction was becoming clear to many well-informed persons even in the early years of SDGs but unfortunately this was not discussed in a very transparent way as this should have been.

Secondly, a related factor has been that as the situation of the ground reality diverging from the SDG time-line became apparent in several countries, there was an increasing pressure on field staff to present inflated data regarding achievements relating to several important development and welfare indicators. Many people realized that the data was being artificially pushed closer to SDG target time-lines but kept mum. This may have been for reasons of false national prestige or for protecting well-paid jobs or other factors, but the overall result was that the statistical figures of development indicators  adhering close to SDG targets were becoming increasingly unrealistic and difficult to accept.

Thirdly, it was becoming increasingly clear that in the absence of very effective action to check climate change to the extent that is required, the adverse manifestation of climate change and related problems were becoming even more serious than earlier estimates and if this continued then for most vulnerable regions and people there can be absolutely no guarantee that whatever development gains have been made will be protected. In fact development and welfare can be pushed back by years or even decades in many vulnerable parts of world by serious manifestations and impacts of climate change and related environmental problems.

Fourthly, it was also becoming clear that the arms race was accentuating in many parts of world, entire countries or significant parts were being ruined by war and civil strife, nuclear weapons remained the biggest threat but other potential weapons of mass destruction were also surging ahead fast and treaties relating to controlling weapons of mass destruction were breaking down so that important gains made earlier in disarmament were also being lost. All this made a mockery of the world’s yearning  to attain SDGs, or to  sustain various aspects of SDGs even if these were achieved.

Combining all these four factors it can be seen clearly that there were important question marks on SDGs even before COVID-19 had appeared but as a result of the many-sided impacts of the new crisis the SDGs as originally conceived are now in complete disarray and need to be revised on the basis of urgency.

While revising SDGs the pre-conditions for achieving important development and welfare gains in terms of avoiding  arms-race, eliminating weapons of mass destruction, avoiding wars and achieving much higher success in terms of reducing climate change and related problems should be clearly mentioned and emphasized. The need for very big increase in carefully planned activities of protecting environment should get a lot of importance. The ability at world level to respond to any pandemic threat in an unbiased way and in an evidence-based way, free of all vested interests, should also be emphasized so that the world can be saved from a lot of avoidable disruptions.