Bera in the Pali district of Rajasthan is often nicknamed ‘Leopard Country’. Widely regarded as being home to one of the highest densities of leopards found anywhere, the otherwise shy feline is often spotted roaming and resting in crevices along the hillocks of the Aravali range here. If that is not interesting enough, the fact that the locals here — mostly of the Rabari community who herd animals like sheep and goats — have co-existed peacefully with the leopards for centuries now, is fascinating.

Understandably so, this tale of mutual respect has catapulted Bera into the imagination of outsiders who have, over the past few years, been making a beeline to see leopards in the wild. And while the spurt in hotels in the area has had no apparent ill effect on this delicate balance between man and wild until now, locals, conservationists—and, ironically, some resort-owners themselves—are concerned they may be walking on thin ice unless strict regulations are put in place to control tourism.

Bera’s leopards and the local community share a special bond, in which each respects others’ boundaries. Ramesh Kumar Daiya, a school teacher and one of the locals, said that he has had chance encounters with leopards on several occasions. “One of the more recent episodes was when I was on my bike and riding along the state highway between Kothar and Bera,” Daiya narrated to Mongabay India. “It was early morning. Suddenly, a leopard crossed the road in front of me. I hit the brake—the leopard was at five feet distance. He went his way, and I then went on mine.”

Leopards, Daiya said, are revered by the locals as gifts of God. “We believe they don’t want to harm us and we don’t disturb them as well. They stay within their caves during the day and venture out only at night,” he said.

The Rabari community also views the leopard with a connection to Lord Shiva, who is depicted as sitting on a leopard skin. Gopal Kumar, who herds sheep and is from the Rabari community, said, “We believe that if a leopard takes one of our sheep or other livestock, the gods will gift us double.” There have been instances when the big cat has taken a few goats and sheep from other herdsmen he knows, but no human being has been harmed. At a time when human-leopard conflict has become more and more common in other places, such belief is a rarity.

According to the Wildlife Protection Society of India, a total of 4,837 leopards were reportedly killed in the country between 1994-2019. These were either cases of poaching for body parts, or in retaliation or fear against attack on livestock. Rajasthan became the first state in India to announce Project Leopard in 2017 to conserve the animal. The spotted big cat can be found in a wide range of protected and unprotected areas of Rajasthan, the desert regions being the only exception.

In Bera, however, livestock constitutes most of the leopards’ prey, said Shatrunjay Pratap, a conservationist, and homestay owner. He said the community is satisfied with the compensation that the forest department provides. “The forest department compensates around Rs 4,000 for a goat and around Rs 15,000 for a cow,” Pratap said, “But there have been times the community members haven’t even asked for compensation because of their reverence and belief about the leopard.”

With no scarcity of food—it also preys on other wild animals like hyenas, blue bulls, and even the peacock found in this landscape—and no perceived fear from the local populace, leopards are therefore nonchalant to human presence — of course, at a distance. “There is a temple near Perwa village, atop the hills, where leopards are often seen. The head priest has found them sitting on the steps or close to the nearby pond several times,” Daiya said.

India’s first leopard census, conducted in 2015, along with the tiger census, estimated the number of leopards in India at 14,000.  In Rajasthan, the 2017 Wildlife Animal Census put the number of leopards here at 507. Although there is no official data, wildlife conservationist Ravindra Singh Chauhan—who also owns a homestay here—says that there are 50-70 leopards in Bera, including in the 20 square kilometre Jawai Bandh Leopard Conservation Reserve, making it a high-density area.

Naturally, the lure of witnessing a big cat in the wild, amid the natural crevices and caves of the Aravali, is a temptation outsiders find hard to resist. “There is 99 percent chance of leopard sighting when on a safari here,” Shatrunjay Pratap who owns the Bera Safari Lodge said. Over the last four-five years, hotels, resorts, and homestays have started coming up all across this area to cater to a growing number of tourists. This, say, hotel owners, has benefitted the local populace who are now employed in the service sector—as waiters, housekeeping staff, drivers, guides. This has especially paved the way for women to step out of their homes and be employed as part of housekeeping staff.

Conservationists are however concerned at Bera’s growing popularity, mainly because of its unhinged, no-regulation manner. Wildlife biologist Sumit Dookia said that barring the Jawai Bandh Leopard Conservation Reserve which is under the forest department, the rest of the area remains unchecked. And leopards are found in abundance outside this protected area.

“There is no poaching—because of the religious and the sentimental value of the locals. Plus, now hotel and resort owners are also on vigil because this is what the tourists come to see,” Dookia said. “But some other practices by hotel owners restrict the movement of the leopards. The forest department has no control over this.”

For example, giving in to the demand of “sighting a leopard”, some hotel owners indulge in the practice of placing animal carcass or even live bait, like a goat, which lures the leopards to view of the public. The locals are duly compensated for the animal, making it a win-win situation. At other times, local “voice experts”, said Daiya, would imitate a goat or some other prey, thereby attracting the animal.

“Among the leopard rescues by the forest department in this area, most are male cubs, aged between three and four years,” Dookia told Mongabay India, “Male leopards don’t allow other males to settle in the same territory and the fact that so many rescues are of male (leopards) indicates that their space is shrinking.” Most of the resorts coming up here are farmers’ land bought on lease and are a part of the landscape where the leopards roamed free.

Ironically, some in the hospitality industry themselves are voicing similar concerns. Ravindra Chauhan, whose home-stay operates the Jagnath Wildlife Safari, in fact, is quite frank in admitting that while hotel owners like him—“I belong to a landlord family with ancestral land here”—have benefitted from such a venture, “locals have not benefited to the same extent.” “Tourism must be regulated,” he said, “Some of these safaris have jeeps moving in the night, with searchlights, place baits . . . movie shoots happen here, which does not require permission because it’s on private land. It’s all unregulated.”

Shatrunjay Pratap similarly talked of “responsible commercialisation” and sustainable tourism to benefit the local community without harming the environment or the leopards in the long run. “If a guide from my home-stay spots a new cub, we report it to the forest department, so this is helping keep track of the leopards and protecting them. But at the same time, tourism should be controlled. Every year the traffic is increasing,” he said. The ongoing lockdown period due to the COVID-19 pandemic, of course, means that the hotels are now empty.

The locals, however, don’t see any immediate threat. “Our elders have always seen the leopards like their children,” Daiya said. “As of now, the leopards are not harmed, but if in the future they are—because of too many tourists or too many hotels, the community will object.”

Azera Parveen Rahman is an independent writer; fifteen years old in the field of journalism.

The article was originally published in The Mongabay. 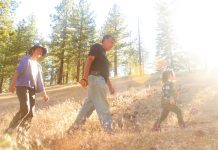 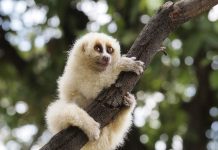 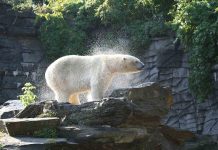