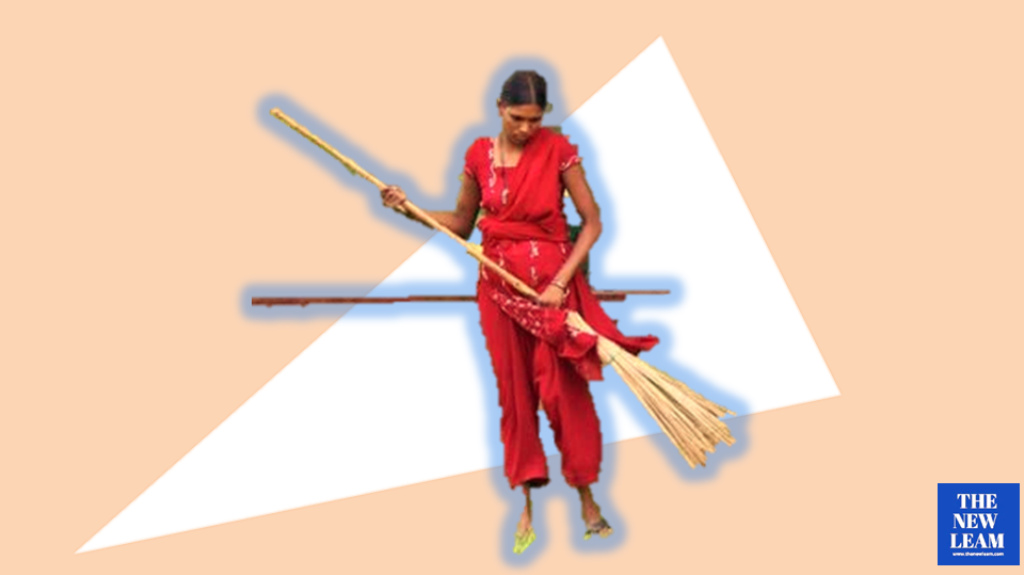 Our lives in the cities and towns of India are possible to a largely degree because of domestic workers/ house helps who help us finish or take care of domestic chores such as cleaning, cooking, looking after the children and the elderly etc. Our lives come to a standstill if our domestic help suddenly calls up to ask for a leave or tells us that she/he will soon quit the job, such is the centrality of the role that domestic workers play in our lives, especially in the fast-paced urban centres.

The coronavirus pandemic had however compelled us to live without our domestic helps for prolonged periods of time and this only highlighted the extreme significance of their presence in our lives as caretakers and bearers of a significant burden of our own domestic responsibilities.

It is certainly not easy to have a full-fledged job and run the household errands for a working professional in the absence of the support of domestic helpers, or for an elderly couple to look after their house on their own in a high-rise apartment, or for a new mother to ensure that her child has been bathed and fed on time while she is busy making a presentation in office without the support of a domestic worker. The lockdown has in many ways compelled us to operate  without domestic workers and to realise that domestic workers are irreplaceable and critical to our sustenance.

It is important to understand that while domestic workers rely on their employers for their livelihoods and feel humiliated, let down or exploited when their employers treat them inappropriately or don’t hand them a deserved salary, employers too are at a complete loss when domestic workers are absent from the domain of their responsibilities which includes a plethora of domestic tasks such as washing, cleaning, cooking and care-taking responsibilities. The coming of the coronavirus pandemic brought about major hardships in the lives of domestic workers as a significant percentage among them lost their livelihoods and found themselves in sheer financial distress as they are now finding it impossible to pay the school fees of their children, pay housing rents or bills and most significantly, in the absence of a health cover, they have no way to make sure that they or their families live through the pandemic without worrying for external expenses or healthcare emergencies.

It is important to note that there is a significant section among domestic workers who are the sole breadwinners for their families or come from extremely exploitative homes, where their financial independence plays a very important role in freeing them from the shackles of violence.

In fact a recent study conducted by the National Domestic Workers’ Welfare Trust and Maharashtra Gharelu Kamgar Sanghatana which comprises of many unions of domestic workers has found that domestic workers across Pune, Mumbai, Kolhapur, Thane and Sangli have been adversely affected by the lockdown and the resultant loss of employment.

Around 33% of the total domestic workers were senior citizens

The survey took into account over 5,000 families from the above mentioned localities and found that while there was widespread financial distress and economic vulnerability that was being faced by the domestic workers but particularly vulnerable were those who were senior citizens. The study found that 33% of the total domestic workers were senior citizens and in many cases, they lived alone and were solely responsible for fetching their own bread and butter.

I spoke to a domestic worker in her early seventies named Shamili Govinde and she told me that while her husband, a load-puller at a factory had died two years ago, her two sons had abandoned her. The lockdown meant that she had lost her sole source of income which was to work as a domestic worker in a neighbourhood housing society. When the gates of the housing society closed for her, she had to borrow money from neighbours but in the absence of work, she feels she can’t sustain any longer if things continue as they are today.

The report reminds us that over 46% of the domestic workers in Maharashtra are facing issues related to housing and over 43% have lost their food security.

66% of the domestic workers are unable to have their children continue their education and are unable to pay the fees on time and 100% of them have access to no health cover.

This implies that they have been completely cut-off from medical care, because in the absence of transportation networks they are unable to go to public hospitals and private healthcare is too costly to be afforded by them. With many domestic workers being the only breadwinners of their families, the loss of the source of employment has been nothing less but life threatening.

Look at the dilemmas that Kamla, 23 years, is facing. Her husband worked as a security guard for a housing society and was recently forced to quit the job when he developed sustained cough and cold and residents objected to his coming on the society’s premises, now Kamla is the sole breadwinner for her family and has to feed her husband and her three children. She borrowed money from her employers to pay the rent and buy some essential groceries but recalls the dreaded time she and her family had to go through when even her own employment as a domestic workers was snatched away by the recent lockdown.

She has been asked to resumed work by 3 of her four employers and is looking for more work, but she cannot stop reiterating the hardships that the pandemic has cast upon the family. While her husband has started searching for work at local eateries and godowns, her eldest son has begun working at a tea-shack in her own locality, where he washes dirty utensils for a meagre wage.

The unions of domestic workers and several bodies that work for their rights and dignities have demanded from the government that domestic workers be compensated and be paid a minimum allowance of Rs 10,00 by the government until the situation becomes normal again and the restrictions imposed due to the pandemic are completely removed.

It wouldn’t be wrong to say that domestic workers across the country are among the most affected sections of the population and in most cases have had to do without work for more than four to five months.

We also have to take note of the fact that domestic workers are experiencing an unprecedented plight as societies and residential complexes are imposing their own restrictions and have shown an attitude of stern disapproval on the entry of domestic workers into gated communities or into urban upper and middle class households.  As a result thousands of domestic workers continue to be jobless, unemployed and thus are facing extremely difficult times in the absence of structural and institutional support. Their worries and concerns have never occupied the centre stage of media attention and neither have they ever been discussed by policymakers, despite their critical role in sustaining urban homes and making life comfortable for most of us.