The National Education Policy(NEP 2020) has been a topic for discussion ever seen it was brought to the limelight and many aspects of it have been discussed, debated and explained.

But now we are seeing how the National Education Policy’s decision to standardised the Indian Sign Language(ISL)is being criticised by a large community of people who have been associated with the education of the speech and hearing impaired students. They have been looking at the NEP’s move towards the standardisation of the ISL as problematic and have shown scepticism towards this decision. Such critics feel that just like we celebrate diversity in terms of the many oral languages that we have in India such as Bengali, Tamil, Marathi, Assamese or Bhojouri, we should also celebrate the diversity that we have in the ISLs.

The problem that the hearing and speaking impaired students have is not about the diversity of the sign languages, the actual issues are quite different. Moreover, standardisation of the ISL is a much bigger problem in India because we don’t have a proper research on it and the variations within it are not properly documented yet.

There is also an absence of a data corpus on the ISL and therefore any attempt to standardise it is quite unjust and unfair. The NEP says,

The biggest problems faced by children with hearing ability is that there is lack of available study material in local and national sign languages or when there is an availability, it is often of very bad standard. The availability of quality material in local and national sign language is the need of the hour and we also need to have more programs where deaf people are trained to become professionals in the area of their respective education and once we have enough deaf people as professionals in the field, the gap can be bridged to a great extent.

The critics also ague that there is a need to develop a national curriculum framework in Indian Sign Language and have also written a letter to the Ministry of Education demanding it. 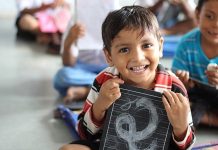 The Questions of Foundational Literacy and Numeracy in the NEP 2020 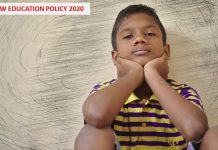 Examining the Implications of the FYUP on Indian Higher Education : A Reflection on the NEP 2020