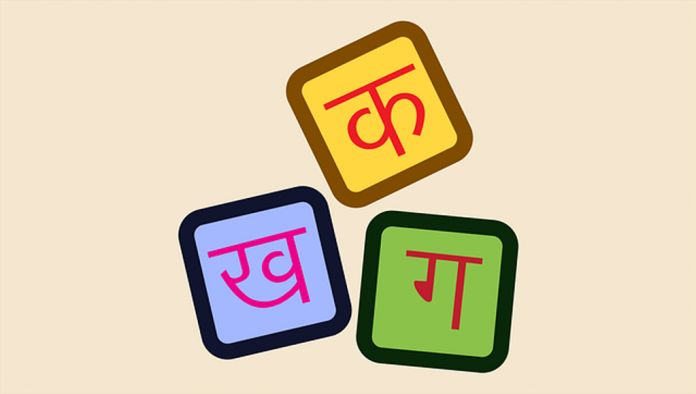 With the NEP2020, the debate about whether India should be linguistically unified under a common Hindi language is back on the surface. The policy has introduced a three-language formula that recommends that all students, across private and public schools, learn three languages out of which two must be native to India, one of which must be the regional language. It places emphasis on the use of home language/mother tongue/local language/regional language as the medium of instruction till grade 5 and preferably till grade 8 and beyond, wherever possible. Apart from creating a whole lot of confusion, this implies one, that English is being discouraged as the medium of instruction in schools- a move that has been termed as regressive to say the least, and second, that if so far children were learning two languages in their curriculum, usually English and the regional language, now they will have to learn an additional Indian language. This formula has come under opposition from many educationists, and state party leaders who view this as echoing the familiar Hindi imposing politics by the BJP ruled government. The draft NEP released last year, after receiving flak from across the country, dropped the reference to Hindi as the mandatory third language under the three-language formula.

Anti-Hindi protests are erupting in the state of Tamil Nadu where the ruling DMK has called out the education policy for its brahminical undertones. The party president MK Stalin has vowed to fight against the move, while the chief minister Edappadi Palaniswamy from AIADMK party has refused to implement the three-language formula prescribed by the policy, and also expressed discontent at the promotion of Sanskrit. Tamil Nadu has seen a strong history of identity politics based in language, one that successive governments have sought to vehemently maintain. Additional critique has come from Union Territory Puducherry where the chief minister V. Narayanaswamy has attacked the policy for lack of clarity and for pushing a nationalistic framework on a matter that should be locally determined. In the past, writes author Surender Mohan Pathak, ‘The southern states never accepted Hindi as the national language. They always insisted that at least one language from the south be taught in the northern schools, if they wanted Hindi to be taught in the southern states’. The conflict on the matter ensues from the long standing debate on why one’s nationality be judged on the basis of their ability to speak Hindi. The debate fired up recently when DMK MP Kanimozhi Karunanidhi alleged that a CISF (Central Industrial Security Force) official asked her if she was an Indian since she cannot speak Hindi. Thousands of t-shirts reading ‘I am a Thamizh Pesum Indian’ (I am a Tamil speaking Indian) and ‘Hindi Theriyaathu Poda’ (I don’t know Hindi, go away) starting selling across Tamil Nadu. The anti-Hindi sentiment has come as a relief for many manufacturers in the state as they received their first big orders after the coronavirus lockdown. The trend seems to have caught on in other Dravidian states also.

The debate around language and medium of instruction in schools is intricately bound with issues of culture, regional history and identity, not only in India but especially in India that boasts of more than 19,500 languages and dialects spoken as mother tongue. Meddling with the landscape of language quickly becomes a matter of tension and conflict. It is a volatile issue, personal enough to easily become political. Each region wants to preserve their identity by promoting among their children, the language that they have spoken in for generations.

While many states have welcomed the move, others perceive the three-language formula as part of the hindutva agenda of bringing the country under a common language and common culture and thereby robbing it of its multilingual and multicultural ethos. The policy, in more ways than one enforces centralising of pedagogy. It imposes centrally developed curriculum, textbooks and learning material for students at all stages of school education, even among children at the foundational stage of 3-8years of schooling. The policy explicitly neglects the roles of local and state governments in design and implementation of education which is a subject of concurrent list, and can be legislated upon by both central and state governments.

While the Union Education Minister Ramesh Pokhriyal Nishank has insisted that the centre will not impose any language on any state through NEP, the clarification remains unconvincing given the lack of clarity on the document. The fear that Hindi will be imposed originates from the distrust the union government has generated on the issue in the past. It proposed that Hindi will be mandatory for members of parliament and union ministers and ensured that circulars, names of schemes, airport announcements and other important information on campaigns and programmes will be maintained in Hindi and English. In Tamil Nadu, the recent surge of anti-Hindi sentiment also sources from the increasing job insecurity in the state, given that Hindi dominance prevailed in Central Government and Public Sector offices in the national capital where circulars were issued in Hindi and many staff members from the south face linguistic discrimination for not knowing Hindi. Hindi imposition in education is therefore problematic because it rationalises the hegemony of one region and culture (North India) over the others.