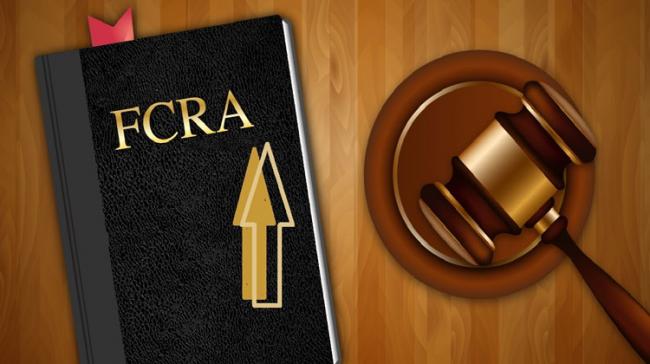 As the parliament was still witnessing the Rajya Sabha MPs boycott over the farm bills, it saw the passage of another contentious bill- The Foreign Contribution Regulation (Amendment) Bill 2020. Seeing opposition from NGO networks and the civil society at large, the Minister of State for Home Affairs Nityanand Rai passed reassurances by saying it is not against NGOs or against any religious community and will not curtail foreign contributions. Instead, he defends, the bill is meant to bring transparency and accountability of these organisations and stop the misuse of foreign contributions so they don’t affect national interests.

The amended bill limits the usage activity of foreign funds received by NGOs and other civil society organisations by capping the administrative expenses to 20% (from 50%). Rai states, “If an NGO meant for civil work has to spend 50 per cent of the received contribution on itself, then what good work can it be expected to do?”. The minister accused NGOs of spending organisation’s funds on their family members and other personal expenditure, and stated that it was to keep these activities under check that the amendments have been brought about. Another stated objective of the bill is to regulate religious conversions supported by foreign funds.  Earlier this month, the home ministry had suspended licenses of 13 NGOs for allegedly violating the provisions of the FCRA 2010 for indulging in religious conversion in tribal-dominated areas, particularly in Jharkhand.

NGO group The Voluntary Action Network of India (VANI) released a statement opposing the bill in which they stated that VANI stands with the government of India in its efforts and intention to control the vast number of NGOs involved in dubious charitable activities, but it should not ignore the good work being done by other organisations. The legislation lays down conditions under which NGOs and civil society organisations can receive funds from abroad. In addition, it has introduced new rules to regulate the social service activities with far-reaching consequences in the rights and development sector involved in fields of food, education, health, livelihoods, gender justice, human dignity and indeed democracy in the country.

To start with, the bill’s intention to expand its horizon of monitoring and regulation of the NGO sector is being seen by many critics as a case of legislative overreach, an invitation for arbitrary and vindictive action by authorities and an overload of bureaucratic red tape. Under the amended bill, following are the three major changes that are set to become legal and their respective objections from civil society organisations-

First, the bill prohibits the re-granting of FCRA grants to other organisations even if they have FCRA clearances. Such sub-contracting is done by NGOs to ensure pooling of diverse competencies to address difficult social problems. Most NGOs in India are small and focus their work on their communities and do not have skills to write proposals and make associations with donors. This prohibition stifles the collaborative ecosystem, incredibly important for grassroots’ community work to thrive, by almost criminalising organisations already vetted by the FCRA, reads the VANI statement.

Second, by placing a cap on administrative expenses of the civil service organisations receiving foreign funds, the amended bill restricts the fundamental freedom that exists in the relationship of the donor and the organisation.It also impinges on critical allied activities of research, advocacy, training that big NGOs are engaged in, limiting the role of organisations to mere service delivery. Administrative expenses from foreign contributions fund many CSR projects apart from the internal expenses of organisations such as payment of salaries, professional fees, utility bills, travel etc. These will all be greatly impacted.

Third, the new rules require all FCRA regulated organisations to have their bank account in a Delhi State Bank of India branch. VANI has complained that asking 20,000 charities to move their FCRA accounts will be hugely disruptive as many will not be able to operate these accounts properly as the home branch will be in Delhi. The move is being seen to be consistent with the government’s centralising mission and also puts its digitising efforts in question.

The concerns and fears on the table

With the large scale restrictions on funding, it is feared that the bill will lead to shutting down of thousands of small NGOs doing important relief work at the grassroots. The bill is set to break their dependence on obtaining legal international funds and collaboration with national organisations. Government’s move to deprive the social service sector of funds and impose stricter controls on its functioning is also being condemned for not holding any pre-legislative consultations with the stakeholders and NGOs which is a norm. By mandating Aadhar and increasing the timelines of investigation, the government is accelerating the surveillance measures over NGOs exposing them to unnecessary impediments at every level, claims VANI. A group of NGOs has approached President Ram Nath Kovind to request him to not give assent to the bill.

FCRA was passed at the peak of Emergency by the Indira Gandhi-led UPA government in 1976. The purpose was to restrict foreign funding of rival political parties, and it went on to block foreign contributions to editors, correspondents, columnists, printers, publishers and most importantly, cartoonists. Later, the UPA government made the laws tougher in 2010 by restricting the FCRA license length from permanent to five years, by bringing down the expenditure activity to 50% and by setting the suspension limit of suspicious NGOs to 180 days (which the BJP government has increased to one year now). A massive crackdown on NGOs happened in 2012 when the UPA government was facing protests over the Kudankulam nuclear power plant. Registration of over 40,000 NGOs was cancelled that year. Each incumbent government has tampered with civil society activities when the nation’s “developmental growth” perceived by their respective regime is threatened.

Both parties were also found guilty of receiving foreign contributions by the Delhi High Court in 2014. Subsequently, through an amendment in the Finance Bill 2016, the BJP government amended the FCRA making it easier for parties to accept foerign funds. Now, amid allegations of exempting the PM CARES Fund from scrutiny and from receiving foreign contributions, the government’s emphasis on transparency and accountability appears selective.