Online mode of learning, a new normal in COVID-19 times, has been indiscriminately adopted by educational institutions at different levels across India, even though its efficiency and outcomes are still being debated and widely contested. In the month of September, 2020, I attended an online refresher course in Sociology offered by a prominent university in Delhi in which a total of 38 teachers, including 14 females, from 21 different states of the country participated. A varied range of such courses across disciplines, mandatory for upgrading teaching-learning capabilities and promotion of in-service teachers of universities and colleges, are offered by the University Grant Commission (UGC) through its Human Resource Development Centres (HRDCs) across the country. In the academic year 2020-2021 due to COVID-19 led risks and uncertainties, the UGC-HRDCs are running their various courses such as faculty induction programme, refresher, short term courses and workshops in online mode.

While staying in our respective residences just like I was in Hyderabad, and being with our family members, doing a two weeks online course was apparently the easiest thing to do. Nevertheless sitting from morning 9.30 to evening 5.15 at home with few rush breaks, getting technology worked to your favour, resisting your familial obligations and keeping younger children away to maintain the sanctity of ‘work from home’ was rather a bigger challenge. For plenty of many such reasons, the experience of doing an online course left me with mixed feeling of the good, the bad and the ugly. An umpteen number of technical glitches due to low internet bandwidth, occasional load shedding and sometimes frequent shifts between the mobile phone and the laptop due to unforeseen technical issues were truly hectic. Maintaining uninterrupted internet connectivity with optimum speed so as to fulfil the mandatory requirement of ‘on camera presence’ and compulsory e-filling of ‘Google form for attendance’ randomly provided in each and every session stretching one and half hour proved much troublesome and daunting task to many of us. I rather occasionally found myself sandwiched between connecting my laptop via my mobile hotspot and/or wife’s mobile, and sometimes connecting it to my residential apartment’s Wi-Fi network fixed at the ground level in the parking for Close Circuit Televisions (CCTVs). At many a times, I literally had to run from my flat at third floor to the ground, that too by stairs being COVID-19 cautious so as to avoid using lift which is frequently used by many including various service providers, to connect with apartment’s Wi-Fi.

Many participants connected to the online course via their mobile phones from their colleges in some remote parts in Karnataka, Maharashtra, Kerala, Uttarakhand, Uttar Pradesh, etc., frequently faced issues of low internet speed. Funnily, one of the participants from Uttarakhand almost all through the course kept complaining of not being able to fill his ‘Google attendance form’ due to frequently loosing internet connection or due to a very poor network. Even on many occasions the resource persons, so to say the senior professors located in Delhi or in some other metropolitan cities faced the issues of connectivity which sometimes led to the loud whisper from participant, “oh, I think we have lost sir/madam”. Interestingly, even though irritating, the echoes, freezing of videos while speaking and knowing, and, unknowingly the mikes going off and on were the most regular accompanists during the course. The knock-on-consequence of such irritants was to make us partially helpless to amply savour the depth, rigour and richness of the knowledge imparted virtually by the invited experts who nonetheless were the best in their respective fields.

There were many funny and awkward moments too during the course such as whenever a co-participant, located in the campus of  the university xyz, attempted to ask question/s his screen used to freeze and mike used to go off due to low bandwidth of  the internet. Some participants while taking advantage of the online mode, they just kept their virtual background on the screen as if they were attending the lecture ‘live’, whereas many others hardly bothered to switch on videos of their system even though it was a mandated rule of the course, and oddly enough few others at times unknowingly kept the mike of their system switched on and unwittingly shared their personal discussions or whispers ending up disturbing the rhythmic flow of the resource person’s lecture, leaving all of us aghast at such uncalled interventions. Again there were few participants who were attending this course through mobile phone which kept on shaking or vibrating that led to move their video incessantly creating visual disturbance to the speaker and the participants especially those keenly gazing on the screen to catch up with the lecture. On one such occasion a speaker was so disturbed that he had to ask the respective participant to either keep the video ‘still’ or else switch it off which was otherwise mandatorily to be kept switched on.

Frankly speaking, the online mode is no match to the offline mode of teaching and learning and engaging with issues of pressing concerns. I feared that the online mode kills the very soul of learning and snatches its liveliness by embedding a disconnection between the teacher and the taught. Had the course been offline, I feel, we certainly would have had many more engaging discussions, debates, group activities, chai pe charcha (discussion during the tea) etc. among ourselves. On the contrary, during the course, it was only once when the majority of the participants gathered their gaze and collectively voiced their concerns though the chat box against the use of the term ‘prostitute’ by a presenter. Eventually, the Coordinator of the course had to intervene and asked the presenter to use the term ‘sex worker’ which is accepted and now widely used in the sociological domain. Obviously, during the entire course, numerous long and complex queries, umpteen clarifications and observations were shared and discussed. However, perhaps due to the paucity of ‘online time’, there was only a single session, stretching one and half hour, wherein 38 young, energetic and versatile sociologists from across the country voiced their concerns and had extensive discussions on feminism, shared local folklore, songs, even some family members peeped momentarily into the camera making the interaction a bit informal too. The intense discussions on gender issues such as what it is meant to be’ ‘fursat ke pal’ (some relaxing moments) for women, and the commonly used phrases like, ‘aurat hi aurat ki dushman hoti hei’ (woman is the enemy of woman) were vehemently challenged and ‘deconstructed’.

I believe that there would be no denying the fact that traveling, shifting your place of residence temporarily though, lively interactions while reading each other’s faces have their own generic value and relevance for an engaged learning. The physical presence and a sense of touch, fundamentally antithetical to metronomic online mode of learning, open the innumerable windows to enlightenment. For many such reasons most participants and even the resource persons ruefully shared the void of not being able to meet each other in person. On a lighter note, the Coordinator of the course sitting in the campus of the university live streamed the pictures of the campus, including the much attractive multistory library building visible from the backside window of his room, to which I promptly exclaimed, “Sir, such visuals will not fill the void created by our inability to leisurely take rounds of the scenic ring road, savour the greeneries and wilds of the campus, and many more ways of soaking into the ambiance of our alma mater”. Alas!

Seemingly though, the better part of the online mode was that some women teachers could participate in this course just because it was in online mode. Had it been offline, it would have been difficult for them to travel, leaving their younger children at home and delegate their familial responsibilities to others, and attending a course being offered by such a prominent university xyz, as many of them openly shared their views. In a way online mode was advantageous and facilitating for such women participants even though it impinges on them like, ‘double whammy’, and made their work at home much more hectic and stressful. Even for many resource persons too, for men and women equally, the online mode came a bit handy as it neither engages travel nor restrict one from fulfilling official and familial responsibilities. Online mode made it rather easier and safer way in COVID-19 times to outreach the wider audience all the while one is sitting at the comfort of drawing room. In the spree of such thoughts, the Vice-Chancellor of the university xyz during the valedictory session not only appreciated the HRDC to conduct the course online but readily suggested to increase the strength of attendees and connect with wider world especially the Indian diaspora to invite them as possible resource persons or speakers. Nevertheless, in the light of reflections made in this write up, his another suggestion to the HRDC to consider shifting the mode to online in future seem to be solely unwise and unfounded proposition.

While I undertook two weeks of online course with voids, un-lived and unfulfilled ways of engaging in learning discourse, I inquisitively asked myself as well as some of my co-participants as to how the whole of India was studying online? Just imagine, when the people like us, the university and college teachers, relatively settled at upper echelons of the society are facing the issues of frequent low bandwidth internet, load shedding, and many of us not being able to be so techno-savvy to catch up with ever-growing smart networked technology, it is an obvious quest as to how efficaciously the countryside schools, teachers, parents and the children, major stakeholders of the education system in India, would be managing their online teaching and learning. 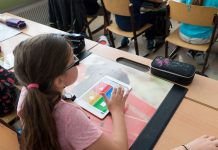