Swami Agnivesh’s death has left behind a massive void but his contributions for the welfare of the toiling masses and his commitment to social change continue to be cherished. 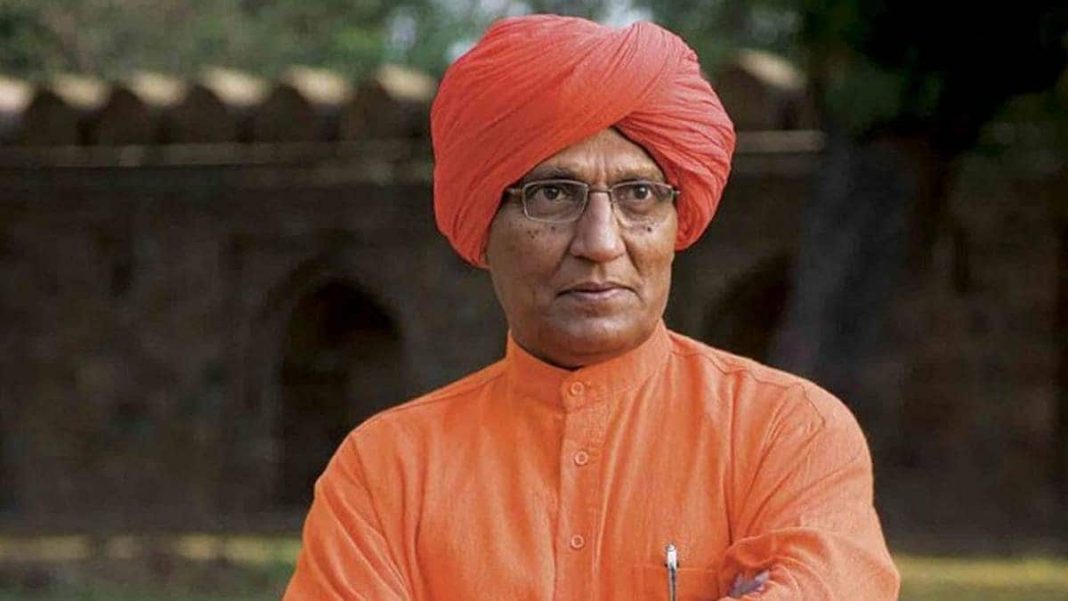 For several decades the voice of Swami Agnivesh remained a strong and persistent plea for justice and social reform. Following his death at the age of 80 on September 11 in Delhi, there have been moving reports of rescued bonded workers and others from the poorest sections of the society remembering him with tears for  giving them a new lease of life .

Rescue and rehabilitation of bonded laborers in India was no doubt a very important contribution he made. The laws for this would have remained largely on paper but for the continuing efforts made by several social workers for their implementation with Swami Ji leading these efforts. This led to the rescue and rehabilitation of a large number of bonded workers from mines and quarries. In the process court cases were fought and won which made the path of other social workers in different parts of the country easier. Some regional branches of Bandhua Mukti Morcha which Swami Ji established gave continuity to this work. I visited the Alwar branch twice and was surprised at the achievements in terms of rescue and rehabilitation of bonded workers and related work. Swami Ji visited other areas of this work and his presence strengthened such efforts of other organizations, as I could observe in the context of the efforts of the ABSSS to rescue bonded workers in Chitrakut, in Bundelkhand region. This work got repeated recognition at the level of national and international organizations, and Swami Ji headed the UN committee on modern forms of slavery. He got help and support from several eminent persons including the great writer Mahashweta Devi and some retired senior government officials.

Swami Agnivesh also came forward repeatedly to help several other great social movements of our times including the Narmada Bachao Aandolan and the great movement of Chattisgarh miners led by Shankar Guha Niyogi. Thus his contribution to the cause of justice extends much beyond the efforts to rescue and help bonded workers.

Swami Agnivesh made an important contribution to social reform efforts by speaking against superstitions from time to time. In the process he did not at all mind inviting the wrath of some powerful religious fundamentalists.

Perhaps an even bigger contribution was to oppose forces of communalism and to promote social harmony. This is a task that has become increasingly important in India in recent times. If this opposition comes from a saintly figure  like Swami Agnivesh then this has its own importance.

In this context the writings of Swami Ji on religion and spirituality and on linking these with social justice concerns were also important. He also found important co-authors who contributed to this.

He could have taken this work further to evolve a liberation theology for Hinduism. Perhaps this needed much more time than he could spare in the middle of his many-sided activities. He could have also contributed more to evolving alternative development policies and paradigm for India.

Once when I wrote such  a detailed article I got a call from him early in morning. I was travelling but he insisted on discussing in great detail what he considered to be the plus and minus points of my analysis. This gave me an idea that he had been thinking a lot on these issues.

For several decades Swami Agnivesh maintained a continuing presence in various platforms for justice and social reform in India. While by and large this was a big source of strength for our social movements, but there were also movements of controversy when he faced criticism from within the social sector. My own inter-actions with him also saw some phases when I could not agree with him, despite admiring his work in many areas. This, however, is not the time to dwell on such differences and controversies. On the whole, we remember him as a man of remarkable talents and strengths who used these over a very long period to promote many-sided justice and social reform in India. In the process he faced dangers and threats time and again but he carried on his work regardless of these dangers. His presence at various meetings and platform of justice and social reform will be missed. Rest in peace, Swami Ji.

CULTURENEWSTRIBUTE
Share
Facebook
Twitter
WhatsApp
Email
Print
Linkedin
Previous articleThe COVID-19 Pandemic and Why the Situation is Unlikely to Improve Before December 2021
Next articleThe Sushant Singh Rajput Case and the Upcoming Bihar Elections: Justice Isn’t the Prerogative of the Famous

The article argues against the policy of charging people for COVID vaccines in India and the monopoly of vaccine producers in a pandemic hit India.
Read more
- Advertisement -

Schools are spaces where we must understand ourselves and others as mutually interdependent & in relationship to one another and to the world we inhabit.
Read more
OPINION

As we celebrate Jiddu Krishnamurti’s birth anniversary, it is important to engage with him—the way this wanderer (May 11,1895—February 17,1986) broke all sorts of defined paths, moved around the world, and sought to make us interrogate the banality of routinized existence
Read more
NEWS

The hardships that Mexico is facing in producing its staple crop corn shall be a reminder of the challenges that all similar economies may face in the future.
Read more
CONVERSATIONS

In his latest book, ethologist and evolutionary ecologist Raghavendra Gadagkar, speaks about the importance of low-cost research and the need for academia and Indian society to recognise and attach social prestige to it.
Read more

Poverty, like football, is universal. A truism that coalesced in the global popularity of Diego Armando Maradona, the “negrito” from the shantytowns on the...
Read more
NEWS

Social activist Trepan Singh Chauhan’s tremendous contributions to the world of social movements shall continue to be celebrated several years after his death.
Read more
NEWS

Kesavananda Bharati highlighted through his petition that although the Constitution can be amended, its basic structure cannot be changed.
Read more
NEWS

The article argues against the policy of charging people for COVID vaccines in India and the monopoly of vaccine producers in a pandemic hit India.
Read more
00:09:31
NEWS

Schools are spaces where we must understand ourselves and others as mutually interdependent & in relationship to one another and to the world we inhabit.
Read more
NEWS

The hardships that Mexico is facing in producing its staple crop corn shall be a reminder of the challenges that all similar economies may face in the future.
Read more
NEWS

The article reflects on the unique challenges posed by the pandemic and the nuances of the state's lockdown policy to meet the newly erected challenges.
Read more