Following the forced and uncivil cremation on early Wednesday morning, Hathras has become the site of a political war in the country. Many within the UP Police and Hathras authorities have been making endless attempts to conceal the realities, to threaten the victim’s family, to bar the media and the politicians from speaking to the concerned family and have been trying to change the narrative of the crime. Following are some of the major developments in the case of murder and alleged gang-rape of the Dalit teenager from Hathras village, UP.

Allahabad HC Summons explanation from UP Police and State Authorities

On Thursday, Allahabad High Court took suo motu cognizance of the matter and summoned a response from senior officials of the state government and UP and District Police at the scheduled hearing on October 12. They have also called the family members to be present during the hearing to take account of their version of Wednesday’s events when she was cremated by the police. The court took note of the high-handedness of the state authorities and the resulting violation of human and fundamental rights of the deceased and her family members. The two-judge bench said that they were shocked with the alleged actions of the police which only perpetuated the brutality of the crime against the victim and questioned whether it was because of the economic status of the family that the police took the liberties that it did.

In an absolutely horrific series of events following the victim’s body arrival in Hathras on Wednesday, in the accompaniment of a large team of police constables and officers, district magistrate, joint magistrate and DSP et al., the body of the 19 year old girl was unceremoniously cremated at an ungodly hour while her family was locked up inside their house. Whether it was her body or not, whether it can be called a cremation or not are just a few of the questions journalists could word after the agonising event took place. The loss of the family is being echoed throughout the country in the form of protests demanding justice for them and their daughter, strictest punishment for the culprits and action against the concerned authorities.

Statements of UP Police and Other State Authorities

The UP Police Chief Vikrant Vir responded to Wednesday’s incident saying the cremation was carried out according to the family’s consent but they did not want any outsider to create law and order disturbances. Last night, the initial report of the Special Investigation Team probing the case called for his suspension along with Hathras Deputy SP, Area Inspector, a sub inspector and a head constable over charges of mismanagement. The question being raised is whether the responsibility is being diverted to the lower level officials who are being made the scapegoats while the senior officials including the Additional Director General of Police (ADG) and District Magistrate are not being inquired.

The Uttar Pradesh ADG (Law and Order) Prashant Kumar has made a statement citing the forensic lab (FSL) report suggesting that the victim did not suffer rape or gang-rape, because no semen had been found in the report. His exact statement that drew criticism from the opposition parties and activists quotes him saying, ‘The post-mortem report says the victim died due to her neck injury. FSL (Forensic Science Laboratory) report hasn’t found sperm in samples, making it clear that some people twisted the matter to stir caste-based tension. Such people will be identified and legal action will be taken’. His statement is being seen to be reflective of the systemically entrenched attitudes of the state authorities and its political class to suppress any claims of the caste-based inequality endemic to the country, so deeply embedded in the state of UP.

Echoing the same attitude, Hathras District Magistrate Praveen Laxkar, on October 1 was reported to have told the family that there was no case of rape and also indicated that they were doing this to get the compensation.  A leaked footage has also emerged where he is found trying to dissuade and what is being interpreted as threaten the father of the victim saying, “Half of the media people have left today, the other half will leave by tomorrow. Only we will stand with you. It is up to you whether you want to change your statement or not”.

Claims regarding no rape of the victim on the basis of the FSL report are being touted as an attempt to save the upper-caste suspects (Thakur boys). While an initial medical report prepared at the Aligarh hospital where she was first admitted determined the use of force and reserved an opinion regarding penetrative intercourse, the FSL report prepared by the Safdarjung Hospital in Delhi discovered injuries in her private parts but did not mention rape.

To this, many have raised several technical questions. Congress spokesperson Supriya Shrinate responding to the ADG’s claim said “Section 375 of the IPC was amended by the High Court in State of UP vs Babulnath 1994 which clearly says that not just discovery of semen or penetration but even the attempt to do so constitutes rape”.

It is important that a difference be drawn between ‘sex’ and ‘sexual violence’.It is important that we acknowledge the fact that rape is about sexual violence and assertion of power and it may or may not involve intercourse that ends in male ejaculation. And in order to determine the veracity and degree of physical contact and to detect signs of violence, struggle and absence of consent between the given individuals, it is important to take biological samples at the right time from bodies of both the suspect(s) and the victim.

It is in this context that it becomes important to acknowledge that the first gynaecological forensic examination of the victim took place at Aligarh hospital eight days after the incident, whereas it is only possible, within the first three days for vaginal swab and first seven days for the cervical swab, to determine if there were any traces of sperm cells on the victim’s body. Furthermore, medical protocol highlights that the victim’s tests ought to be conducted when she/he is in an unwashed state. And when the samples are taken, it is also important to ensure that they are collected by an expert who is an expert in the collection of forensic evidence in matters of rape and sexual violence.

The victim’s post-mortem report  was taken in Delhi, 12-13 days after the crime took place and thus it is quite evident that it cannot say anything about the sperm traces on her body. Time passage between the date of the crime and the post-mortem is crucial for evidence to be revelatory. Hence, the hurried cremation by the police has ensured that there will be no possibility of a proper forensic examination. The administration and the political leadership has shown on many other accounts that they are trying to ‘settle’ the matter and shield the culprits from strict punishments.

The nationwide outrage against the sexual violence against women, oppressive caste structures and administrative failures in the state of UP, and well across the country have stirred up protests from civil society, women’s activists and organisations and opposition parties. Since then, Hathras village has been barricaded against the entry of media personnel, politicians and protestors till the SIT probe is over. These restrictions have drawn widespread criticism as nobody is being allowed to speak to the victim’s family, who have been complaining of being held hostage, with their cell phones taken away and strong police presence outside their home in Boolgarhi village. Despite the restrictions, some media persons have released statements from the family that are facing ‘a lot of pressure and fear’, both from the administration and the retaliation from Thakur family. The victim’s father has reported that the family was pressured to hold a video conference with the UP Chief Minister and to sign a statement saying they were satisfied with the probe being conducted by SIT. The family, however, has been asking for the case to be transferred to CBI for investigation.

Intimidation and pressure being faced by the victim’s family does not only indicate the debasing caste violence prevalent in villages of UP but also has implications for the legality of the case. The UP Police and other state authorities are being accused of shielding the rapists by undermining the crime and trying to establish that the crime was not due to any caste based tension between the families. It is in this context that it is extremely crucial to understand that if the authorities end up establishing that there was no rape in the first place and no attempt to murder the deceased woman, then the people who have been accused in this case cannot be proven guilty and even if they are, they are likely to get away with a milder sentence. Further, if the ongoing rhetoric that the victim’s family is only staging the ‘drama’ to stir up caste conflict in Uttar Pradesh is to be believed and established as the final truth then it may become impossible to voice the SC/ST (Prevention of Atrocities) Act. Because if it is proved that there was indeed no rape, it would also end up meaning that the violence that was perpetrated against the victim was in no way connected to her caste identity and simply a result of a persistent ‘feud’ between two families’. And this certainly will affect the rightful course of justice in the Hathras gang-rape case. 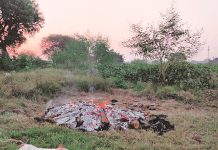 From Nirbhaya to Hathras, Women and Dalits Remain Oppressed Voices in Indian Society