An environment of violence and gross injustice against the members of the Dalit community seems to be growing in India, with reports of rampant abuse of human rights, perpetration of violence, exploitation and crimes, intolerance against the community seems to have become an everyday occurrence. The Hathras gang-rape incident that captured the national imagination over the last couple of weeks is but an example of the wider culture of systematic injustice and violence being perpetrated on members of the community and much before the nation could recover from the pain and trauma of the incident, two new cases of sheer inhumanity and violation of dignity practised towards the community have again come to light. These incidents highlight and underline for us, the fact that India continues to be a country characterised by systematic violence and injustice against the Dalits, and an inadequate socio-political infrastructure that preserves the dignity and wellbeing of the community seems to have been reduced into a distant dream.

A Dalit woman was brutally raped and tortured in Bihar’s Buxar district by a gang of men. The atrocities didn’t limit itself here, the woman’s two children were also beaten up and thrown into a nearby canal and reports predict that their death is certain. The woman has been receiving treatment at a local hospital. The anguished and deeply traumatised woman is repeatedly asking for a glimpse of her children but their bodies have not been recovered so far.While some of the accused have been arrested, some still continue to be on the run. This incident has come to light at a time when there is growing outrage and disillusionment among people in the aftermath of the brutal rape and murder of a Dalit woman in Uttar Pradesh’s Hathras.

The first incident is being reported from Uttar Pradesh’s Gonda district. Here three Dalit sisters, all of whom were minors, were thrown acid at while they were sleeping inside their home. The three sisters were attacked with acid and the eldest sister(17 years) has 35% burn injures, while the second eldest sister(12 years) has 25% burn injuries and the youngest sister( eight years)has suffered 5% burn injuries.  After the attack the girls were rushed to a nearby hospital and are presently undergoing treatment for their burn injuries.  The incident took place in the early hours of the morning as the three girls were fast asleep on the terrace of their home. The family has also registered an FIR against unknown persons in this regard. SP Shailesh Pandey issued a statement and said, “Early morning we received information that three girls sleeping in the house were attacked by some chemical and we are trying to identify the chemical. We have sent the girls to a government hospital and they are in a better condition. The hospital has made all arrangements for their treatment. The eldest girl has received the maximum burn injury. We have talked to the family members of the girls and they do not have any suspicion on anyone so far. Police teams have been formed and both the forensic teams and dog squads have already investigated the crime spot. We will soon find those responsible.”

The family members of the Dalit girls who have been attacked said that in the early hours of the morning all the three girls screamed in pain and came downstairs crying. The family initially confused that the burn injuries were from a gas cylinder blast but later found out that the injuries had been caused through an acid attack.

The family also informed that they had recently fixed the marriage of the eldest daughter, who has just passed out of school. But they also feel that the attacker must be from the same locality, although they have not expressed suspicion on anyone so far.

The next case of violence being perpetrated against the members of the Dalit community in India, again has been reported from the Lalitpur district of Uttar Pradesh. Here an elderly Dalit man was brutally tortured and assaulted and compelled to drink urine. The incident unfolded in the Roda village. According to preliminary reports, the accused in the matter, had recently attacked the son of the Dalit man with an axe and after that the father-son duo had approached the police. The Dalit man alleges that the accused has ever since been trying to compel them to withdraw the compliant and settle the matter. The Dalit man was forced to drink urine and when he refused, he was beaten and thrashed brutally by the accused.

Nurturing a Socio-Political Environment Hostile to the Dalit Voice

The environment of continued violence, indignity and sheer injustice against the members of the Dalit community seems to have become a commonplace affair in India and everyday we come across instances wherein Dalit women are being raped, people are being burnt alive or being brutally assaulted, Dalit children being denied access to educational opportunities and entitlements and Dalits facing discrimination in all forms.

No wonder we have become a country where every 15 minutes, a crime is committed against a Dalit. Everyday in India, on an average, six Dalit women are raped and over 56,000 Dalit children living in the most impoverished conditions in Indian slums die of malnutrition every year.

It would not be wrong to say that the evil of casteism has continued to plague the Indian societal fabric even after seven decades of independence and this, despite a series of legislations that make crimes against Dalits punishable offences.

Dalits are raped, beaten, assaulted and murdered everyday and their stories are seldom the central concern of mainstream media. It is ironic that with inadequate reporting and representation in mainstream news coverage, the privileged and ignorant elite often believe that the malaise of caste has disappeared from India, but when one looks for the stories, there are many many more than can be counted on the fingertips.

There is no denying to the fact that the political and economic vulnerabilities of the Dalit community and their sustained social marginalisation have robbed them of their ability to challenge systemic injustice and raise a voice of powerful dissent, let alone take action against people who snatch away their human rights.

The growing atrocities against the Dalit community in India and the stark political silence, bring us all to a moment of collective shame. While turning a blind eye to this cancerous malaise will not eradicate the problem from the society, what we also have to understand is that we must continually ask why Dalit lives have stopped to matter in India and for how long we as a society, will tolerate violence and discrimination against our country-people? 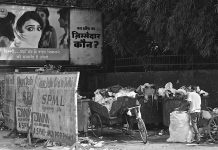 From Cradle to Grave: The Pain and Agony of Gendered Violence Against Women in India 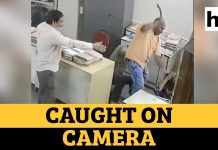