Adding to the promise of the manifesto of the grand alliance , RJD leader and the alliance’s chief ministerial candidate Tejaswhi Yadav said that he will create 10 lakh jobs if he becomes the CM of the state .

The RJD is contesting from 144 seats, the Congress from 70 seats and the Left parties will together contest from 29 seats.

The state has a total of 243 seats for the assembly elections.

The BJP and the JDU have announced a 50-50 seat sharing pattern for the upcoming assembly election in the state.  The voting in the state is going to be conducted across three phases and the first will begin on October 28, second on November 3 and the final and third one on November 7.

The results of the assembly elections will be announced on November 10. This is a special election for the nation because it will be the first election to take place in the country since the outbreak of the coronavirus pandemic. 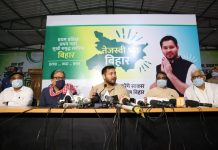 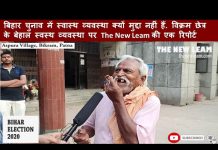 Watch | Why is the public health system not an issue in Bihar elections? A ground report from Bikram, Patna 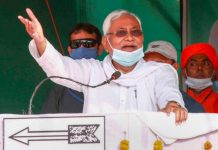 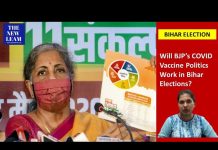 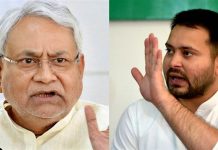 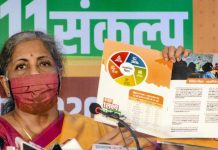 Opposition Asks BJP in Poll Bound Bihar: “Will Indians Who Didn’t Vote for BJP Not Get Free COVID Vaccine?”