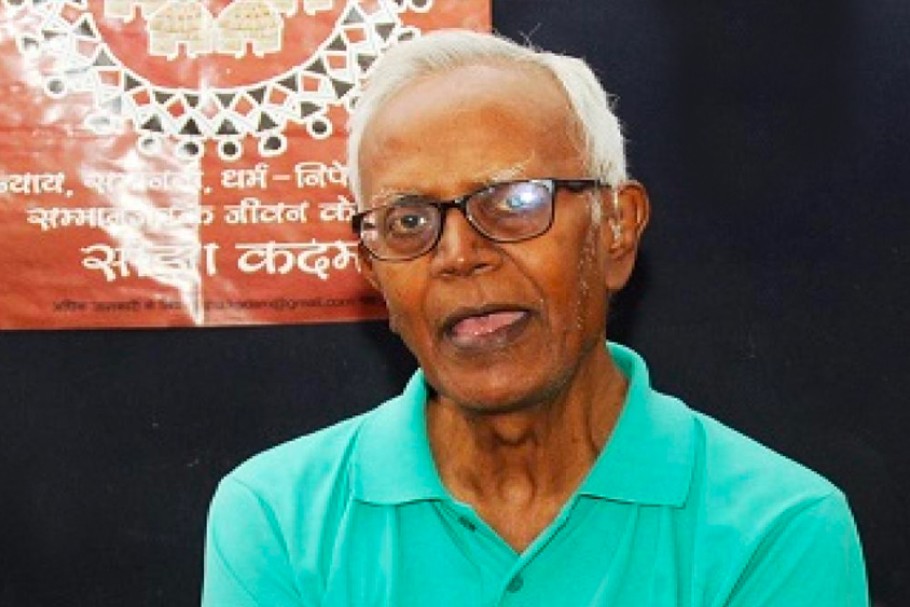 The latest in the series of arrests that are being made in relation to the Elgar Parishad case is that of an eighty-three year old activist from Jharkhand. Yes, we are referring to the arrest of the aged activist from Jharkhand who had worked for decades for the preservation and sustenance of tribal rights in the state. Father Stan Swamy has been working for tribal rights in the state of Jharkhand and when the National Investigation Agency(NIA)arrested him with charges of terrorism and related offences in relation to the Elgar Parishad Case it not only shocked his colleagues and friends but also made them deeply worried because Stan Swamy became the oldest person to be convicted by the NIA. He has been taken into custody in Jharkhand. We know that since 2018, several activists have been arrested by the NIA in relation to the Elgar Parishad Case and as many as sixteen arrests have been made so far in this case.

Even Prior to Arrest, Stan Swamy Faces Critical Questioning by the NIA

Even before his official arrest, Stan Swamy had been called for questioning with regard to the case on many occasions. His arrest by the NIA has shocked his friends and family and they are deeply worried as to how he will fare in the jail. They are specifically concerned because Stan Swamy already suffers from many ailments. Stan Swamy originally hails from Kerala but has given more than three decades of his life towards his work in Jharkhand among the tribal people of that region. Stan Swamy has been a well-known champion of tribal rights and has been quite vocal about the police and administrative excesses in the region, has spoken on tribal rights and access to land and resources and the issues around the implementation of the fifth schedule of the Indian Constitution.

Over the years, one of the key concerns of Stan Swamy have been around the arrests of tribal young people in the region. Let us also not forget that Stan Swamy and his colleagues were also booked for sedition under the BJP government in the state and were only freed of the charge when Hemant Soren came to become the chief minister of the state and his Jharkhand Mukti Morchi dissolved charges on many such activists in Jharkhand. Stan Swamy had been guessing that he could soon be arrested by the NIA and this is evident by the fact that he had recorded a video that he circulated amongst other activists and journalists, wherein he spoke about how the NIA had been quite harshly questioning him for extended periods of time and how much of his information/personal data was being accessed by the body. From the detailed video message that he had recorded before being arrested by the NIA, its clear and evident that Stan Swamy’s predictions that he may soon be arrested, were quite true.

In his video message he had spoken about how the NIA had been constantly calling him for questioning, accessing files and folders from his personal computer. It had been accessing factual information about his life and activities that he had been involved in. He also said that all this information was allegedly being used in a way such that he could be proven to have Maoist links. He also alleged that such  a process was nothing but fabricated and that false files had been fed on his computer to implicate him in the case. He said that he has been trying his best to convey that he is by no means involved in all this and has got nothing to do with the case.

He has also been quite vocal about his age related morbidities and has reminded the authorities that it is quite impossible for him to travel to Mumbai amid the pandemic as this can further put his life into risk. He also highlighted that the Jharkhand State Government had also issued a directive that people above the age of 65 years may not appear in public amid the pandemic and thus he said that he should not technically be summoned to Mumbai under such special circumstances.

He also said that if there was a need for any further questioning it should be done by video conferencing.

Ashe was being taken into custody on October 8, Stan Swamy appealed for humanity and justice to prevail and the authorities to understand that he was being falsely implicated in the case. The Elgar Parishad Case was earlier being investigated by the Pune Police but the BJP led Central government later decided to shift it into the hands of the NIA.

Earlier the Pune Police and later the NIA have been quite vocal about asserting that the people who have been arrested in the case were having active links to the banned Communist Party of India(Maoist) and had a major role to play in the organisation and execution of the Elgar Parishad event on December 2017. It was alleged by the Pune Police and the NIA that some of the speeches made at this event were inflammatory and indicated towards a controversy against the ruling establishment and the wider democratic fabric of the nation.

It was in 2019 that a new charge-sheet indicating that a man named Ganapathy who was allegedly a Maoist conspirator was behind the organisation and coordination of the event, was filed. Many journalists, academics, activists have continued to be arrested by the NIA in connection to the Elgar Parishad Case such as Sudha Bhardwaj, Varavara Rao, Vernon Gonsalves, Arun Ferreira, Rona Wilson, Hany Babu etc.

It would not be right on our part to assume that people chose to become only silent spectators of the arrests that were first initiated by the Pune Police and the NIA in the Elgar Parishad Case. In fact the arrests have been condemned by a wide variety of academics, journalists and activists along with the Peoples’ Union for Civil Libertries(PUCL) who have gone ahead and condemned the charges and the arrests in this context.

In the context of the recent arrest of Stan Swamy by NIA, the PUCL has called it unfair and objectionable. They have also showcased their worry regarding his advancing age and associated ailments and asked why he had been arrested despite cooperating with them during all sessions of interrogation. They also called his arrest “malicious and spiteful”.

They have also alleged that the government is against Swamy Stan because he had spoken and written on the supposed abuse of the sedition law when the ruling party had formed the government in the state of Jharkhand and the arrest of thousands of Adivasis for holding the Pathalgadi movement.  Thousands of Adivasi people were put behind bars on charges of sedition by the BJP led state government for organising the Pathalgadi movement through which they protested against the government. The PUCL alleges that by exposing the matter, Swamy Stan had been seen as an enemy by the state and therefore they were charging him under the terror law and arresting him. The PUCL said that by making arrests based on what they called as an attempt to falsely implicate activists, the nation-state was trying to subdue dissent and warn people to not protest or raise any voice of difference.

Support Journalism that matters, contribute to us:
https://www.thenewleam.com/support-now/