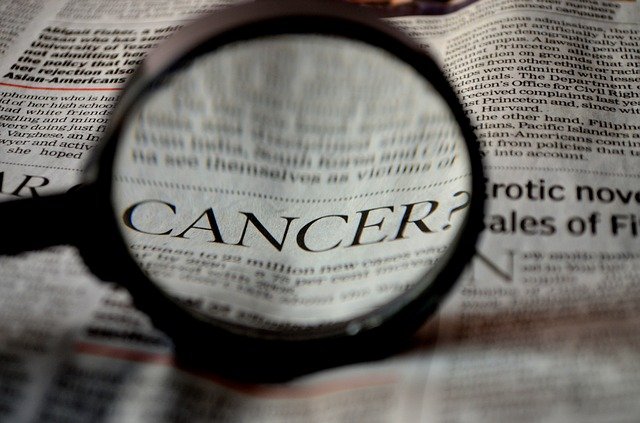 In the USA, cancers have already become the number one disease-related cause of death among children beyond infancy years.

It is now increasingly agreed that the most effective way of bringing relief in this context is to prevent as many childhood cancers as possible, particularly by reducing exposures to dangerous chemicals and radiation.

Philip J. Landrigan, Director, Global Observatory of Pollution and Health has summarized some of the evidence of risks which he points out are higher for weaker sections—“ Recognition is growing that hazardous exposures in the environment are powerful causes of cancer in children. In recent years, medical researchers have identified a number of environmental causes of childhood cancer. For example, maternal exposure to ionizing radiation such as X-rays during pregnancy, and early childhood exposures to CT-scans, have been found to increase risk of childhood leukaemia and brain tumours. Prenatal exposure to diethylstilbestrol (DES) causes adenocarcinoma of the vagina in female foetuses. In more recent years, robust evidence has emerged for other links, including traffic-related air pollution, paints, and solvents such as benzene, which elevate risks of leukaemia, lymphoma and brain tumors. Prenatal exposures to pesticides are associated with increased incidence of leukaemia. Children living in communities surrounded by manufacturing facilities, refineries or intensive agriculture—where residents are often low-income or people of color—may have particularly high exposures”.

He has recommended, “we must require that all new chemicals and all widely-used existing chemicals be tested for safety and toxicity. We can no longer allow our children to be exposed to thousands of chemicals of unknown hazard. We must support strong research programs that include epidemiological and toxicological studies.”

A recent widely quoted study on this subject of increasing importance is titled ‘Childhood Cancer – Cross – Sector Strategies for Prevention’. This study has been prepared by the Childhood Cancer Prevention Initiative (CCPI) of the USA. This study has placed great emphasis on preventive aspects of childhood concerns. The study says, “Cancer charities, research organizations and clinical institutions devote substantial resources to cancer treatment and survivorship, but scarce support for the primary prevention of childhood cancers.”

The CCPI study notes with great concern, “Our children have inherited an environment that is vastly different from that of previous generations. Today, thousands of synthetic chemicals used to fuel cars, rid agricultural crops of pests, and manufacture household products, electronics, furniture and clothing result in ubiquitous exposure to hazards known and unknown… The number of toxic chemicals used and released has been allowed to increase exponentially, with minimal requirements for understanding their impact on human health, and a growing body of robust science documenting their potential to contribute to cancer.”

A great contribution can be made by curbing exposure to dangerous chemicals. The study says, “Currently, researchers estimate that up to 10% of all cancers in children ages 0–19 derive from heritable genetic risk factors. For many of the other cancers, hazardous chemicals are among the potentially preventable risk factors. Of particular concern is risk to low income children of color living in communities where environmental exposures are high.”

In particular this study has given more attention to the high hazards associated with pesticide, traffic-related air pollution, and certain hazardous paints and solvents which are associated with leukemias, brain tumours and lymphomas.

The CCPI study has condemned the a general lack of training in occupational and environmental health among health professionals. It has also expressed serious concern about  “relentless efforts by industry to discredit relevant research on the links between chemicals an cancer.”

Finally this important study has recommended-“ Enacting and enforcing strong, science-based laws and regulations to reduce and eliminate environmental contributors to cancer is urgent. To guide these vital regulations, we need increased funding for research that deepens our understanding of the causes of cancer, which chemicals or combinations of chemicals are contributors, and what prevention strategies will drive down cancer rates.”

Some other studies have drawn attention to the risks from mobile phones towers and phones. A  comprehensive review of the existing research in this field has been authored by Dr. Devra Davis in her  book ‘Disconnect- The Truth About Cell Phone Radiation.’ Dr. Davis is an award winning scientist, writer and President of the Environmental Health Trust. After reviewing mounds of research papers, Dr. Davis has concluded  “….If you consider all of the studies that have been published, most of them have not followed people for a decade. But if you examine only those studies that have analysed people for a decade or longer you find one thing: Every single one of them shows that long-term heavy use of cell phones has increased the risk of brain tumours.”

Another important conclusion drawn by Dr. Davis (who as a fond grandmother is specially concerned about children) is that children face the most threat from the increasing hazard of electromagnetic pollution. She writes “…. Children’s skulls and bone marrow are thinner and much more absorptive than those of adults- a fact that explains why children’s heads can absorb double or more the radio frequency energy of adults’ heads…..All are agreed- children’s brains and skulls absorb at least twice as much radio frequency radiation as those of adults. Bone marrow can take in ten times more radiation in children than in adults, according to reports from Swiss scientists in 2010”.

It is very important to understand the environmental risks which contribute to childhood cancers and to initiate effective action for checking this before the cost for children becomes too heavy.

Bharat Dogra is a freelance journalist who has written extensively on health and child- rights issues.