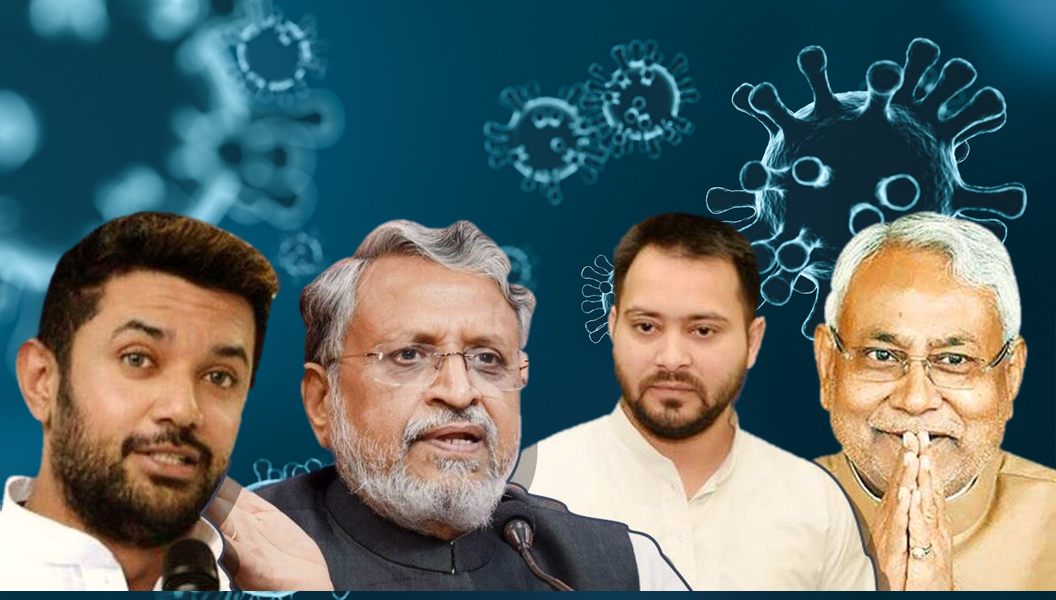 The issues of unemployment has gained great currency in the ongoing Bihar Elections and right from the days of pre-election campaigning and introduction of poll manifestos, we are seeing how all the political contenders have been playing front-foot on the issue.

From the RJD’s promise of generating over 10 lakh jobs for the people of Bihar to the NDA’s mocking of the former over institutional corruption, lack of development and infrastructural backwardness in the state, unemployment has been a key issue in these elections.

The political parties have been making sweeping promises of change and have been projecting unemployment as an issue that they would target as a priority after coming to power.

While the Grand Alliance promised 10 lakh new jobs, the NDA mocked the viability of such a promise and said that development should be ensured in a way that the people of Bihar don’t just wait for the creating of jobs but also become capable of offering jobs to others.

BJP National President JP Nadda said while addressing a rally at Bihar’s Sonpur that if they come to power they will empower Biharis to not just seek jobs but also offer jobs. He said that a medical college will soon come up in Chapra and as a result it will lead to the opening up of around 500 medical stores, 10 or more diagnostic centres and a minimum of 4-5 coaching centres and this will surely lead to the large-scale generation of jobs.

He highlighted that it was not feasible to create 10 lakh jobs out of a void but it was possible to create an environment where jobs would be generated on their own. As the elections are going on in Bihar, it is expected that it will be a major battle to power between the NDA and the Mahagathbandhan and the issue of unemployment will surely have an important role to play in this.

The crisis of unemployment is indeed looming large in the state and it is one of the biggest challenges that the state is faced with at least in the post-COVID world. As unemployment grows, so do the challenges of poverty, hunger and malnutrition.

A recent report on unemployment by the Centre for Monitoring Indian Economy or CMIE is suggestive of the fact the lockdown had a major impact on the already rampant crisis of unemployment in the country and during the complete lockdown of April and May, more than 46% of Bihar’s workforce was rendered unemployed.

This was almost half the workforce of Bihar and this meant a particular hard blow on the state’s economy as Bihar is already one of the most poorest states in the country and the rampant crisis of unemployment meant an amplification of hunger, poverty and malnutrition.

Bihar also saw a large scale returning back of the migrant class amid the coronavirus lockdown who came back from cities and urban spaces as they suddenly became unemployed with a total lockdown.

The Bihar public is particularly unhappy with the Nitish Kumar government because in 2017 he joined hands with the BJP to continue as the Chief Minister of Bihar and at that time , the state had more than 2.8 crore people in the state unemployed and jobless.

Moreover, jobs in agriculture are based on seasons and are not available throughout the year so people only earn for a couple of weeks and then remain unemployed for the larger part of the year.

If agriculture is the only domain that is absorbing people in the state, it is certain that it will be under enormous pressure and if most people remain dependent on agriculture in such a large population, it is not surprising that a larger part of job seekers will remain unemployed. Another important concern for the growing malaise of unemployment in the state is that a large section of women remain absent from the workforce and their participation has remained negligible.

This is a disturbing turn because the greater part of human capabilities continue to remain under-utilised when they should have contributed to the boosting of the state’s economy.

It is high time that the Bihar government works hard to ensure that jobs are generated in a wide variety of domains and in a way that it sustainably absorbs a wdwesperd population. There is also an urgent need to rethink farm laws and make a milieu where the generation of jobs is encouraged and valued.

It is also important to note that people of the state are quickly realising that political parties have been making a false promise about generating jobs and there has been more rhetoric than real work on the ground and that little had been done to generate employment for the people.