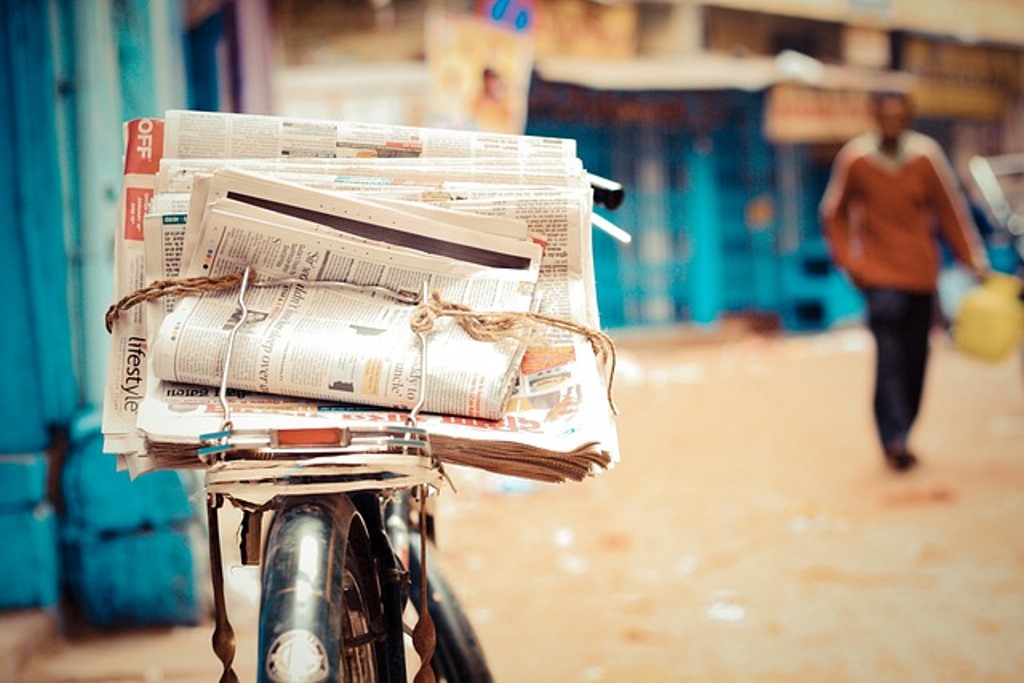 Citizenship can be understood as a relationship that individuals share with the place they are born at. The concept is often subconsciously used while exercising one’s rights like the right to freedom, life, equality etc. People are often seen proving their citizenship on a daily basis. For instance, while claiming ration from the Public Distribution system, applying for admissions in schools or colleges, applying for jobs or even getting a SIM card. The various documents we carry ranging from Aadhar Card to Driving license are used to prove that we are citizens of this land. But, is the concept limited to only exercising one’s rights within one’s motherland or extends beyond that? Are there essential characteristics that distinguish active citizens from the not so active citizens? What shapes an individual into an active citizen? To find out the answers to these and other related questions, I conducted a six months long independent study during the first half of this year while pursuing masters in Education from Azim Premji University.

Background of the exercise : In an attempt to understand the various elements of an individual’s life that play a role in shaping their value system, in-depth interviews were conducted with sixteen people over a period of two weeks in the month of April. Most of the interviews lasted for 75-90 minutes with an exception of one that went on for 110 minutes. Fifteen of these interviews were taken over zoom platform or audio calls and their recordings were kept for further analysis after taking consent from the participants. One interview was taken via e-mails as requested by the participant. The participants were selected based on the requirements and the objectives of the study. Purposive Sampling method was used to shortlist the interviewees keeping in mind their personal and professional backgrounds.

Participants’ Profile : The group of participants was diverse as some of them were students while others were working professionals. Even within the category of students there was a wide variety as the youngest one was a fifteen year old school goer while the oldest was a college student with significant prior work experience. Likewise, working professionals also varied from being professionally trained school teachers (differing in terms of the subjects they teach) to being entrepreneurs (again full time vs. part time). The participants belong to different states/UTs of the country like Delhi, Kerala, Maharashtra, Uttar Pradesh, Uttarakhand and West Bengal. In most of the cases, the place of birth and the place of residence differed from the place of origin (of the family) making their journey as citizens even more interesting. Likewise, the participants differed in terms of their home environment, religious beliefs, schooling experiences, hobbies and work life. It’s these minute differences that made their journeys beautifully unique and a value add to my study.

The Interview and Analysis Process : The interviews were unstructured with the first question about their personal journey. The later questions depended on the flow of the conversation. The objective was to understand how different elements of their lives have shaped them as humans and consequently certain guiding questions were used whenever need arose. Even though the topic suggests a discourse around political literacy the conversations revolved around things that were personal and hence more impactful. Therefore the analysis was also done by focusing upon their personal journeys keeping aside their functional realities.

What did I learn?

Human beings are social animals meaning that they interact with different elements around them. These interactions and their influence are unique for each individual making their journey a source of learning. Yet there are similarities in the way they act in their personal and professional life. To begin with, the term ‘active citizen’ was defined in different ways by different participants but common elements of the definitions included being aware of one’s surroundings and acting in the interest of community/society. One participant explained how “one’s journey starts from within and then moves to society”. This view was shared by another participant who elaborated that “there are few basic emotions that one needs to be in touch with before they can develop political sense. Two crucial elements then become empathy and identity”. Going by this understanding I proposed to define active citizens as “human beings who demonstrate empathy towards living and non-living beings around them and act in the interest of life”.

The 1st Ingredient: Early Interactions With Family, Friends and Teachers

While interacting with the participants I noticed similarities between our journeys and how we had our own share of struggles and challenges growing up.I realized the core values that each of us imbibed came from our early interactions with family, friends and teachers . Religion played an interesting role as each of one us learnt similar values i.e. respecting others, being honest, not hurting each other and not stealing regardless of the extent of differences in religious practices at our homes. In a few cases the religious practices were different in the house and in school but even that didn’t cause any conflict because the parents and teachers were collectively teaching children to be good human beings . Media played a major role in our lives- for some it opened a way of life (that they ended up not choosing) and for others it became the reason they started questioning the ignorance of the state in certain controversial scenarios.

The role school played in making us active citizens seemed interesting. While one might think that people will share their classroom experiences as being responsible for shaping their personality, the opposite happened. Most of the participants shared their experiences of co-curricular activities like theatre, music, physical education, SUPW and student council that made them responsible and aware. In one case where Social Science as a subject was mentioned it was again for higher classes and even then the role of teacher was significant. The participants recalled how their language teachers played a more important role in shaping their value systems by conducting debates and discussions around sensitive issues such as capital punishment. Few participants also shared the moral science classes for attempting to give them moral values. But even in that case it’s the way the moral stories were discussed and left open for discussion that made all the difference.

School culture played as important a role as home environment did in shaping the value system. The participants were more accepting of the differences because they experienced diversity in the classroom. This respect for diversity was also reinforced in assembly , for example, wherein songs from different languages were sung. Where the school values were aligned with the home environment the possibilities of internalising those values increased manifold. It also became evident that the values became internalised not just because they were written in some book but also because people around them modelled and lived by those values . For some of the participants meeting their role models early on in life impacted them a lot. These role models were activists engaged in a field who shared passion for social work.

The 4th Ingredient: Stories as Mirror to One’s Reality

The participants, except the ones who had Humanities during graduation and/or were teaching Social science, didn’t mention any of the social science topics that helped them become active citizens. In fact, it was a common feeling that they slept through the classes. However, these participants had their own lived experiences of domestic violence, sexual abuse, gender discrimination that if entered into the classes would have left an impact. Most of the participants shared that they enjoyed reading stories because the stories were relatable . They also shared about their teachers with whom they shared a deeper connection . The participants remembered their teachers not for the content they taught but the way they conducted themselves and how they made them feel about themselves.

The 5th Ingredient:Interplay of Different Elements

It is important to note that human beings are the sum total of the experiences they gain all through their lives. Shaping active citizens, then, is a joint responsibility of the different institutions human beings interact with including family, community, religion, school and media. What’s even more important to realize is that humans interact with other human beings and it’s our ability to form connections and feel vulnerable that makes us capable of being reflective beings. It’s only when the experiences we have in the formal institutions (including schools) help us make sense of the experiences we have in informal institutions (like family) that we will be able to feel, act and live like whole human beings. For that to happen it’s essential that our lived experiences enter our classrooms and we learn to become self-aware, aware of our surroundings (not just the structure but the people and their realities) and form strong interpersonal relationships.

Education for Active Action: What, Why and How?

Education as a lifelong process holds a promise of a successful life. But it’s imperative to acknowledge what matters and answer for ourselves what it means to be truly successful. It’s important that the affective domain is given as much importance as the cognitive domain. It’s important to question the status quo including that of hierarchy of disciplines and power dynamics at classroom and school level. Finally, it’s important to acknowledge for ourselves why we are doing what we are doing i.e. what is the aim of education for me as a student, teacher, school leader and policy maker. It’s only when our individual aims are in alignment with our collective aim and the latter is in alignment with the kind of society we wish to create that we will be able to define for ourselves what it means to be active citizens and what’s the right way to go about it.

Richa Pandey is a postgraduate in Education from Azim Premji University with an interest in Social Emotional learning and Citizenship Education. 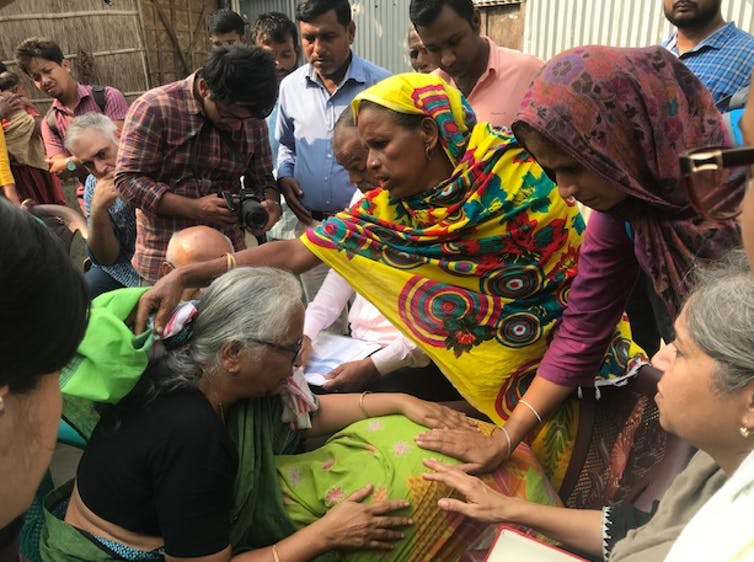 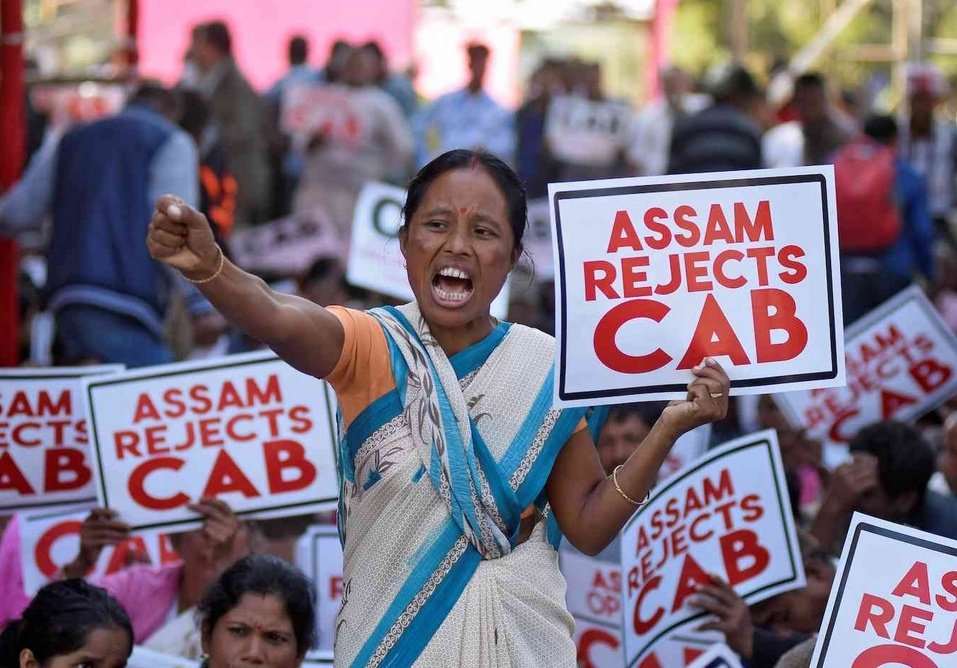