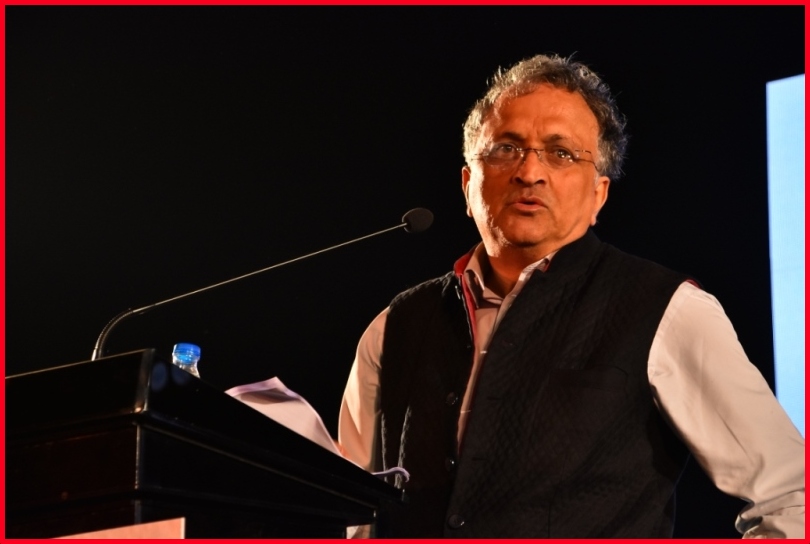 Professor Ramachandra Guha is a leading public intellectual in our times. His deep and critical insights into contemporary political culture, intellectual history and issues relating to environment, ecology and cricket are truly enchanting. His publications include Social Ecology; Makers of Modern India; An Anthropologist among the Marxists and other Essays; India after Gandhi; and Gandhi before India.

The New Leam requested Professor Avijit Pathak to initiate a conversation with Professor Guha. In this engaged dialogue Professor Guha has reflected on his intellectual trajectory—his nuanced engagement with modernity, ecology, cultural politics and above all, Gandhian ideas and practices.

Ramachandra Guha: In fact, I took my first two degrees in economics, and was a conspicuously mediocre student of that subject, which is why I stay completely away from economic policy in my writings nowadays! During my M. A. at the Delhi School of Economics, I chanced upon the work of the remarkable maverick anthropologist Verrier Elwin, and thought that I could be better suited to sociology/anthropology. Because of my poor grades, I knew I would not get admission in one of the well-known sociology departments such as at DU or JNU, so I went off to a Management Institute (IIM-Calcutta) for a doctorate instead. There, I had the great good fortune to be taught by the late Anjan Ghosh, a scholar with genuinely inter-disciplinary interests. Anjan was in close touch with the then emerging Subaltern Studies School of history-writing (this was the early 1980s) and through him I met Partha Chatterjee, David Hardiman, Gautam Bhadra and others. Then for my doctoral research I did some archival research myself and over the years became more of a historian, though I hope my sociological training is not entirely absent in what I write!

My interest in politics and political thought came later, when I was in my late thirties, and began writing for newspapers, and after I was commissioned to write India after Gandhi.  I am not a trained political theorist, of course, which has its advantages, in that I am free to explore unfashionable avenues, as well as its disadvantages, in that since I am not steeped in the literature I may sometimes make untenable or simplistic arguments.

Ramachandra Guha: I believe that in a country like ours, we need economic development to emancipate the mass of the population from poverty and drudgery. I do not romanticize village life in the past, which could often be, to invoke Hobbes, nasty, brutal, and short. At the same time, I do not believe the earth has an infinite capacity to bear physical abuse; it will strike back, as it has done with climate change. Finally, I think that environmental sustainability is not merely a global issue, but also a local, regional, and national issue. As well as a sectoral issue. We need sustainable forest, water, energy, housing, transport policies, etc. We do have the necessary scientific and social-scientific expertise to draft such policies, except that knowledgeable Indian scholars are not consulted by Governments, whether at the Centre or the State. This is because of the short-term compulsions of electoral politics. Thus, contracts for bridges, roads, dams, coal plants, etc. are given without any proper environmental assessment, because politicians (of all parties) profit from cuts on such contracts.

For those interested in a fuller exploration of these complex issues, I may be permitted to recommend Ecology and Equity, a book I wrote with Professor Madhav Gadgil , which is much less known than my historical or biographical works but in my view perhaps even more relevant to India today.

Ramachandra Guha: I have been interested in Gandhi all my life. In my days as a student in Calcutta I would often argue with my Marxist teachers who tended to disparage Gandhi as a mere ‘bourgeois reformist’. In my twenties and thirties, I read Gandhi and read about Gandhi; and had the privilege of meeting remarkable people influenced by Gandhi, such as the environmentalists Chandi Prasad Bhatt and Medha Patkar, and the great anti-apartheid activists Trevor Huddleston and Desmond Tutu. I was also lucky that the Chief Editor of the Collected Works of Mahatma Gandhi, Professor K. Swaminathan, was related to me, and I had many stimulating conversations with him in the 1980s. He once told me that I must have sufficient maturity myself before I could begin to understand Gandhi. So it was only in my forties that I committed myself to writing a full-length biography of Gandhi; the first volume of which, dealing with his South African years, was published in 2013; with the second and concluding volume coming out later this year.

One of the joys of working on Gandhi is that he was such a controversial figure. His friend Josiah Oldfield, who shared a home with him in London in the 1890s and followed his subsequent career closely, remarked in 1934 that Gandhi ‘is a problem. To Rulers and Governors he is a thorn in their side. To logicians he is a fool. To economists he is a hopeless ignoramus. To materialists he is a dreamer. To communists he is a drag on the wheel. To constitutionalists he represents rank revolution’. To this list we might add: ‘To Muslim leaders he was a communal Hindu. To Hindu extremists he was a notorious appeaser of Muslims. To the Untouchables, he appeared a defender of high caste orthodoxy. To the Brahmin he was a reformer in too much of a hurry.’

In some ways, the most interesting and compelling of Gandhi‘s arguments was, of course, with B. R. Ambedkar. The two men argued for more than twenty years during their lifetimes; and then, after their deaths, the arguments have been continued by others. Like the late D. R. Nagaraj and like yourself, Avijit, I do not believe that Indians have to choose one thinker over the other. India needed both Gandhi and Ambedkar during the 1930s and 1940s; and it still needs them both.

Ramachandra Guha: Avijit, this is not a question I am competent to answer at any length, alas! As you know, Max Weber famously described himself as ‘religiously unmusical’, and yet went on to write many books on religion (including one on Indic religions). My own mentor Professor André Béteille, on the other hand, never wrote much on religion as he felt that he didn‘t have religion in his bones. I follow him in this regard. I have written on religion and politics, caste and social reform, on the place of faith in Gandhi’s own life and work. But I am not qualified to comment on Hinduism beyond this, as I am not a believer myself, nor a deep student of Indian philosophical or moral traditions.

I should however add that at a personal level I see myself as an agnostic, not an atheist. I find militant atheists like Richard Dawkins to be as one-sided as religious fundamentalists. I can see how faith and belief can provide sustenance and solace. And although I do not myself pray or believe in a Supreme Being, I love going to old temples, mosques, churches, and gurdwaras, for these often have an aesthetic beauty utterly lacking in soulless modern buildings. My favourite shrine of all is a Jain temple, in Moodbidri in coastal Karnataka, which I visit as often as I can. It is utterly gorgeous, and is tended by a swamiji of charm and sparkle, and real humanity, the polar opposite of the publicity-hungry Godmen in our cities who are so desperate to hang out with the rich and famous.

Ramachandra Guha : Before I began my Ph.D, I read George Orwell closely. Later, the historian I most admired was E. P. Thompson. Later still, I had my first books edited by Rukun Advani. If I write clearly, it is because of the example of these people; the first two inspired me to write accessibly, the third cut out from my prose any jargon and obfuscation. The purpose of writing is to communicate, and to as wide an audience as possible. A historian writes about human beings and can therefore communicate the complexity of his or her arguments without ‘dumbing down’; unlike a physicist who has to simplify and sometimes distort arguments in order to reach the layperson outside the academy. For me, history is both a branch of literature as well as a social science. One needs to research deeply and thoroughly; one then needs to communicate one’s research findings in language that anyone can read and digest.