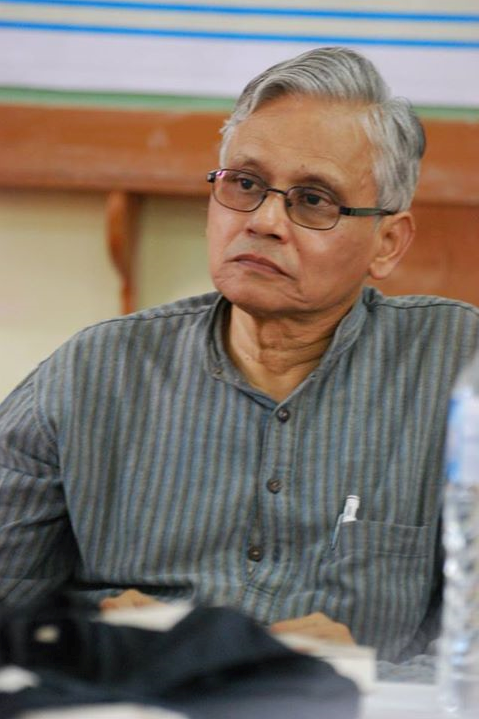 At this moment when all sorts of violence are sanctified in the name of ‘nationalism’, Heredia’s new book pleads for the hermeneutic of dialogue to strive for pluralism and enabling patriotism rather than militant religious nationalism.

Nationalism as devotion to one’s country easily becomes exclusive: my country, right or wrong. When national interests clash, countries invariably become antagonistic and hostile towards each other, which results in violence and war on the world stage, rather than dialogue and tolerance, leading to a compromise for the greater common good and peace. Such a chauvinist nationalism thrives on finding or creating national enemies, whether within or without.

However, as Nussbaum writes in Political Emotions, ‘Patriotism is a strong emotion taking the nation as its object. It is a form of love, and thus distinct from simple approval, or commitment, or embrace of principles. This love involves the feeling that the nation is one’s own, and its rituals usually make reference to that idea…patriotism as a non-exclusive love of one’s country is premised on a self-confidence and openness to other countries without fears and suspicions.’

Political leaders often find it convenient, even profitable to confuse nationalism and patriotism so as to mobilize their followers on the basis of a chauvinistic politic, masquerading as nationalism, rather than painstakingly cultivating patriotism as a love for one’s people that reaches out to other peoples as well. Thus ‘patriotism’ is rooted yet open, while nationalism can be aggressive and chauvinist. To paraphrase Mother Teresa from a different context: I love all nations but I’m in love with my own!

An exclusive nationalism is premised on some privileged identity, usually ethnic or at times regional, it privileges the state, and de facto reduces other ethnic citizens to subjects. Such an ethno-nationalism will subsume local languages and dialects, ethnicities and subcultures in a uniformized national identity. These are sacrificed to the uniformity of the nation-state. Surely such uniformization compromises the real freedom and autonomy of people who might want to preserve their own culture and language in the larger national context, for unity need not imply uniformity.. Ethnic identities are very deeply embedded in a peoples’ consciousness. Yet an exclusive nationalism as a political ideology is a powerful mobilizer but not the wisest policy adviser.

This is not Gandhiji’s idea of swaraj, and furthermore not compatible with the constitutional idea of India. On the other hand, an inclusive nationalism is pluralist and more accommodating, because it sees diversity as an enrichment and a strength and is therefore willing to adjust to the ‘different order’. It is committed to people’s real issues and concerns.

The contrast between these two perspectives is startling. An exclusive nationalism governs with authoritarian dictates and sanctions; dissent is treated as subversive and punished in an attempt to silence any opposition. Only some nominal form of electoral democracy may retain, but its substantive content is hollowed out. Such procedural democracy can lead to a democratically elected dictatorship that can be difficult to dislodge. The potential violence of a government against its own people, especially the minorities with a view to polarize civil society and consolidate their vote bank, cannot be gainsaid.

An inclusive nationalism prioritizes its citizens and protects them with a regime of rights derived from the Constitution. It seeks consensus through discussion and comprise.  This participatory involvement of people gives them a stake in the outcome. Thus it diffuses the potential for violence among contesting protagonists, and buffers the negative impact of state interventions. Gradualism is implied in its goals. The danger is that there can be a displacement of goals over time with the rising expectations of an impatient people. This happens with populism, too, disillusionment with the great leader who does not fulfill his promises.

Pluralism and the Pedagogy of Tolerance