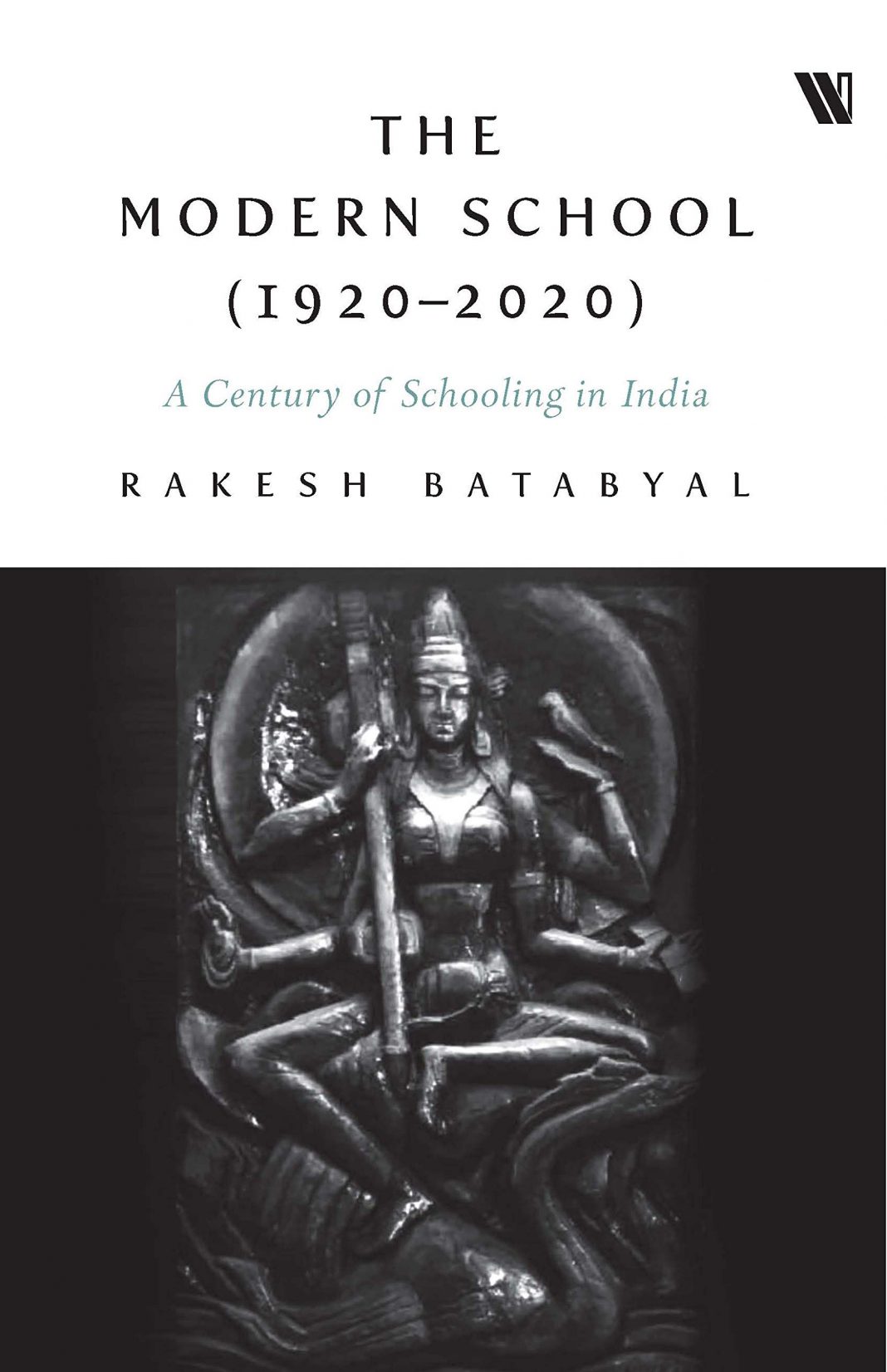 Along with the resettlement of hundreds of thousands of refugees, Delhi also faced the responsibility of educating large numbers of children. Thousands of extra students meant there was a need for increased physical infrastructure as well as trained teachers and staff.

In Delhi, too, the students and teachers who came to the city were far too many to be accommodated immediately in the existing structures and facilities: the influx of students from West Punjab far outnumbered the Muslim students leaving Delhi for West Punjab. Thus, there was a pressing need for new school structures, and in almost every new satellite township rapidly being constructed for the displaced people, schools were a priority.

By the end of 1966, two decades later, Delhi was able to settle one of the largest number of refugees a city had ever received, a rare feat in resettlement operations anywhere in the world.

In pre-Independence Delhi, education was considered a community project, and individual initiative only served to sharpen that edge:even when Raghubir Singh set up the Modern School’s trust, he invited and involved a community of people imbued with a similar bent of social service and philanthropy. The rehabilitation efforts, too, saw similar sentiments among various groups of people, including many Old Delhi residents. DLF, Shri Ram and many other trading and financial companies came forward to help with cheap and affordable housing. They also helped the trusts setting up schools.

The Modern School also tried to solve the problem of numbers by immediately increasing its intake of both students and teachers. As far as the school was concerned, it had been facing the issue of falling numbers: in 1946, it had been forced to close down the junior boarding house (for under seven years), as the dwindled numbers made it a big drain on resources. The influx of such a large population helped the school solve this problem permanently. For a short while, however, this caused concern regarding quality. Some of the urgently recruited teachers, for example, did not have the basic qualifications needed. In its 1948 meeting, the school’s management committee observed that ‘many teachers appointed in 1947–48 and also earlier were not adequately qualified’.19 It was resolved that the new principal would ‘take such action as he may deem necessary in such cases’.

While this was a major step in building the case for the autonomy of the principal, the earlier mode of appointing a suitable person to teach at the school became a casualty as the school fixed ‘the minimum qualification of BA, BT’.

There was also a limit to which Modern could accommodate additional students. This, again, was to do with its structural capacity. Modern might have appeared to be sprawling, but it had a composite school building, and in terms of actual space for classrooms, it was not as big as it seemed from the outside. This composite character also prevented it from augmenting its number arbitrarily where the issue of boarding was involved. Thus, despite the sympathies of the trust and the principal, the school could do only so much. Its real contribution at this moment was to serve as a pillar of stability and assist the Government of India in restructuring the education system. It tried to facilitate the government’s attempts to make the Central Board of Secondary Education (CBSE) a model all- India set up, thus removing the foreign structures that still shaped examinations. At this time, there were ideas of ‘model’ and ‘multipurpose’ schooling, which combined features of both vocational and non-vocational schools from the beginning to give education a more practical and rooted nature. M.N. Kapur, the school’s principal at the time, became one of the committed proponents of the idea.

Rehabilitation would take decades. But relatively quickly, the refugees transformed the industrial profile of the city, turning Delhi from a slumbering city to one that bustled with energy. The zeitgeist became one of hustle. Asok Mitra, who served as census commissioner for the decade between 1958 to 1968, wrote admiringly of the refugees, saying that notwithstanding the crassness and greed they were said to have introduced to the culture of the city, they had turned Delhi into one of the world’s great capital cities by sheer effort and will.The courtly Persian and Urdu culture had faded, he recognised, to be replaced by ‘a strenuous life full of new challenges each day.’ ‘If ’, he wrote, ‘the moment had arrived in 1947, so had the man’:Steeled in adversity, clinging to life, venturesome, adaptable, resilient, refusing to take defeat. There was always someone willing to make the most of an opportunity, whether in home washing or laundering,or fetching and vending of greengrocery, construction or the building trade, petty services and repairs, erection and running of factories, willingness to do three jobs in place of one, eagerness to stretch a 24 hours a day beyond limits. To this was added the new resolve to make the capital worthy of a great people and a great republic, an upsurge of popular pride matched by an equal pride in government effort.Though little appreciated at the time, this so-called ‘refugee’ population did indeed give the city its vitality,its vigour.The new population did disturb Delhi’s evolved tenor and occupational structures, its cultural mores, but also, as Mitra observed, made significant contributions:The new spirit was evident not so much among the population that survived the cataclysm and continued to live in Delhi but among those who newly arrived.The astounding virility of what was at bottom sturdy Jat stock, whether Hindu, Sikh, Muslim or Jain came into play.There were astounding examples of occupational mobility, cutting up and down and across caste and social hierarchies, compelled by what was in the beginning a fierce animal urge for survival.

The refugee population brought a whole range of professional expertise with them as well as the tenacity to learn new trades in order to make it in their new city. The technologically and educationally inclined entrepreneurial class among the newcomers also provided support to the capital available in the old hands of the city.

At Modern School, as if to signal the start of a new era for the school as well as the country, the long-serving Kamala Bose, the first principal of the school, stepped down and was replaced by M.N. Kapur, who had been a teacher at Mayo College, the venerable British-style public boarding school. On many counts, M.N. Kapur’s arrival at the school was fortuitous. As a Punjabi from Lahore, and having studied in Government College in that city, he was steeped in the knowledge of the Punjabi elite, a significant tranche of whom now made their home in Delhi. He was equipped to navigate Modern through this new city and its radically altered demography.
Until 1947, the school had depended on the shrinking manpower of a quiescent city, supplemented by the odd migrant from Bengal and Uttar Pradesh. The Partition gave the school the opportunity to hire from the new pool of highly qualified teachers displaced from Punjab (including Ved Vyas, who later went on to establish and lead the school’s Vasant Vihar branch).

In a way, the refugees fleeing to Delhi saved Modern School. Until then, despite the vast, impressive grounds, student enrolments were low enough to make some senior classes unviable, and the school continued to be a drag on its founder’s finances. The expansion of the government of independent India also meant government colonies were being built outside Lutyens’s Delhi and there was, as table IV indicates, the coming of a large section of government employees who needed schooling for their children.

It was already clear that Modern School would have a big part to play in educating India, if you like. In 1944, John Sargent, the educational advisor to the Government of India, had suggested to Raghubir Singh that he expand the school’s intake of pupils and separate the nursery from the main school. While the school had agreed with the recommendation, it had lacked the wherewithal to do so. The influx into the city after Partition changed all that.

The above passage have been excerpted from ‘The Modern School (1920-2020)’ by Rakesh Batabyal, published by Westland Publications.