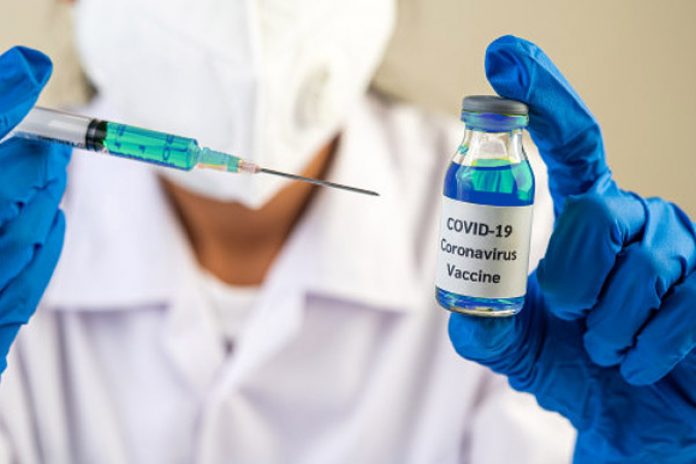 The gap between the number of vaccines administered in rich countries and in the developing world “is growing every single day, and becoming more grotesque every day”, declared Tedros Adhanom Ghebreyesus, Director-General of the World Health Organization (WHO), on March 22. The latter statement referred to the fact that only 0.1% of the doses of vaccines distributed in the world had been received by the 29 poorest countries, which represent 9% of the global population.

However, as early as April 2020, the Bill & Melinda Gates Foundation, the European Commission and France together with WHO supported the implementation of COVAX (Covid-19 Vaccines Global Access), an international solidarity mechanism. Led by GAVI (the Vaccine Alliance) and CEPI (Coalition for Epidemic Preparedness Innovations), in partnership with UNICEF and PAHO (Pan-American Health Organization), COVAX’s mission is to purchase vaccines for equitable distribution in 98 participating high-income countries and 92 low- and middle-income countries.

At the end of February, the first 504,000 and 600,000 doses were delivered to Côte d’Ivoire and Ghana respectively. At the beginning of April, more than 38 million doses had already been received by 100 countries, 61 of which benefiting from a subsidy financed by a dedicated fund. In the coming months, the expected scale-up of COVAX is ambitious, with a stated objective of 337 million doses to 145 countries by the end of June, and at least 2 billion doses by the end of 2021, including 1.3 billion at no cost to low-income countries, where up to 27% of the population could be vaccinated.

Even if this objective is met, it will not be sufficient to bring the pandemic under control. To achieve this, a much higher percentage of the population must be immunised. Recent modelling has estimated that if a vaccine prevents transmission of the virus in 90% of cases, then nearly 67% of the population needs to be vaccinated to achieve – at least temporarily – herd immunity, and return to “normal” life. Such a threshold, applied to a world population of 7.7 billion people, leads to a production target of between 5.2 billion doses in the most favourable situation of a single-dose vaccine, and twice as much, or 10.4 billion doses, if two shots are needed.

In addition to producing new vaccines at an unprecedented scale, it is necessary to vaccinate everywhere in the world, in the shortest possible time, before new variants compromise the initial results. This imperative is reiterated by GAVI and CEPI, the co-leads of COVAX, as well as by UNICEF and PAHO, in charge of procurement and logistics. In the words of Jeremy Farrar, director of the Wellcome Trust:

“If left to spread unchecked in large parts of the world, the virus risks mutating to an extent where our vaccines and treatments no longer work – leaving us all exposed.”

The distribution of vaccines is complicated by early commercial agreements concluded by governments with the industry, when no product was yet approved, in some cases for more doses than needed. For example, by mid-November 2020, pre-orders from Australia, Canada and Japan together exceeded 1 billion doses. In total, high-income countries alone are estimated to have pre-ordered 4.2 billion doses for 2021.

The COVAX mechanism offers a partial solution, by encouraging high-income countries to donate surplus doses for reallocation to developing countries. But redistribution only makes it possible to share volumes which are limited by installed production capacities. The firms that signed a supply agreement with COVAX control capacities estimated at 8 billion doses for 2021, of which 2 billion relate to an mRNA vaccine that entails supply chain and storage challenges, particularly in the developing world. The manufacturing issues encountered recently by BioNTech-Pfizer, Gamaleya, Johnson & Johnson and Oxford-AstraZeneca have pointed to the difficulty of increasing production to capacity.

Efforts are already underway to increase production capacity. Suppliers of approved vaccines invest in new manufacturing facilities. Other firms are developing candidate vaccines that could soon be added to the current supply.

A more controversial move was initiated in October 2020 by South Africa and India, which filed a request with the World Trade Organisation (WTO) for a temporary waiver of intellectual property rights relating to Covid-19, particularly patents. Supported by some 100 countries, the request aims to accelerate the production of vaccines, as well as treatments and diagnostics, for the developing world.

This initiative has met with opposition from the pharmaceutical industry, and many developed countries, for whom it would be sufficient to rely on bilateral agreements – between a vaccine producer and a firm holding production capacity – to increase supply, without questioning patents.

A patent waiver and the status quo are both vulnerable to policy-induced delays resulting from unilateral actions by governments. If patents are suspended, the flow of ingredients needed for vaccine production is likely to be hindered by export control mechanisms recently reinforced in a number of countries. If, on the other hand, patents are maintained, the use of compulsory licences – which allow a third party to manufacture the patented product without the consent of the patent holder – could become more widespread among developing countries, as occurred in the 2000s for the production of HIV antiretroviral drugs.

In both cases, a patent waiver and compulsory licensing provide little incentive for companies to engage in the transfer of know-how which is essential for vaccine production, and is not described by intellectual property rights.

A third approach, that we support, would be for vaccine producers to engage in licence agreements with the MPP (Medicines Patent Pool), a United Nations-backed public health organization integrated in the Covid-19 Technology Access Pool (C-TAP) initiative of WHO.

The mission of the MPP, whose mandate has been extended to Covid-19 as of March 2020, is to improve access to essential medicines in low- and middle-income countries. It solicits voluntary licenses – and thus does not question the patent system – from the pharmaceutical industry before acting as a one-stop shop for disseminating (combinations of) these licenses to producers of generics or biosimilars.

The resulting lower transaction costs, and the elimination of multiple margins by the pooling approach, entail lower prices in the final market than if the licences were transacted separately in multiple bilateral agreements. At the same time, incentives to invest in research and to transfer technical know-how to technology users can be preserved when patent holders, without taking in their production capacity, receive royalties from the MPP. Licences can cover only a few critical ingredients, or relate to narrowly defined operations, in order to eliminate bottlenecks and increase production capacity without transferring unduly the proprietary knowledge of patent holders.

Industry contributions to the MPP solution, within the WHO-initiated C-TAP mechanism, minimises risks of vaccine nationalism and of compulsory licensing initiatives, without suspending intellectual property rights. It has the advantage of using a well-established platform in order to immediately accelerate access to vaccines worldwide.