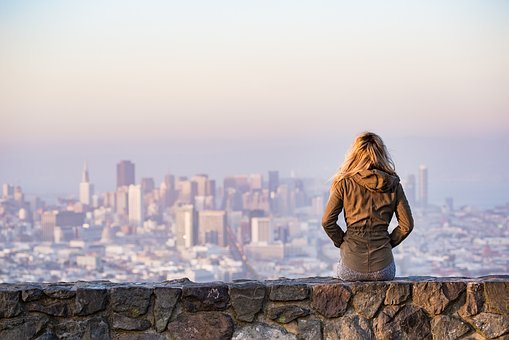 Here is an important reminder as Carl Jung highlights the importance of individual responsibility and freedom in the context of today’s mass society. This is the only way, as Jung argues, for the individual to achieve self-understanding and self-realization.

Apart from agglomerations of huge masses of people, in which the individual disappears anyway, one of the chief factors responsible for psychological mass- mindedness is scientific rationalism, which robs the individual of his foundations and dignity. As a social unit he has lost his individuality and become a mere abstract number in the bureau of statistics. He can only play the role of an interchangeable unit of infinitesimal importance. Looked at rationally and from outside, this is exactly what he is, and from this point of view it seems positively absurd to go talking about the value or meaning of the individual. Indeed, one can hardly imagine how one ever came to endow individual human life with so much dignity when the truth to the contrary is as plain as the palm of your hand.

The bigger the crowd the more negligible the individual becomes. But if the individual, overwhelmed by the sense of his own puniness and impotence, should feel that his life has its meaning—which, after all, is not identical with public welfare and higher standards of living—then he is already on the road to State slavery and, without knowing or wanting it, has become its proselyte. The man who looks only outside and quails before the big battalions has no resource with which to combat the evidence of his senses and reason. But this is just what is happening today: we are all fascinated and overawed by statistical truths and large numbers and are daily apprised of the nullity and futility of the individual personality, since it is not represented and personified by any mass organization. Conversely, those personages who strut about on the world stage and whose voices are heard far and wide seem, to the uncritical public, to be borne along on some mass movement or on the tide of public opinion and for this reason are either applauded or execrated. Since mass suggestion plays the predominant roe here, it remains a moot point whether their message is their own, for which they are personally responsible, or whether they merely function as a megaphone for collective opinion.

Under these circumstances, it is small wonder that individual judgment grows increasingly uncertain of itself and that responsibility is collectivized as much as possible,i.e., is shuffled off by the individual and delegated to a corporate body. In this way the individual becomes more and more a function of society, which in its turn usurps the function of the real life carrier, whereas, in actual fact, society is nothing more than an abstract idea like the State. Both are hypostatized, that is, have become autonomous. The State in particular is turned into a quasi-animate personality from whom everything is expected. In reality it is only a camouflage for those individuals who know how to manipulate it. Thus the constitutional State drifts into the situation of a primitive form of society, namely, the communism of a primitive tribe where everybody is subject to the autocratic rule of a chief or an oligarchy.