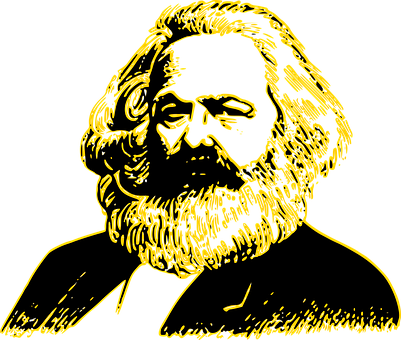 The post-Enlightenment evolution of European modernity aroused the imagination of great sociologists like Karl Marx and Max Weber. True, they inherited the legacy of modernity—its promise of scientific reasoning, industrial progress and growing rationalization of human life. However, it should not be forgotten that their engagement with modernity was rather subtle and complex. While Weber saw the ‘spirit’ of capitalism in Protestantism or its ‘this worldly aesceticism’, and found the growing rationalization of the world as an inevitable consequence of modernity with its new forms of authority, there was also a sense of discomfort with it—particularly, the trap of the ‘iron cage of bureaucracy’ and increasing ‘disenchantment’ because of the disappearance of magic, wonder and religiosity from life. Unlike Weber, Marx was more positive about the possibility inherent in the project of modernity. He loved the science of Newton and Darwin; he loved its explanatory principles, its causality, and its ability to predict. Well, with his ‘conflict theory’, he could see more sharply than any of his contemporaries the cleavages within capitalism, the ‘dialectical’ interplay of antagonistic classes, and above all, the experience of the agony of being ‘alienated’—the way industrial workers lose control over what they produce and how they produce, and eventually the way they remain fragmented, crippled and spiritually impoverished. But then, Marx saw the remedy not in any ‘non-modern’ past; he strove for a more advanced form of modernity with the collective ownership of wealth, and a more meaningful use of techno-scientific progress that nurtures the creative self of the ‘whole man’.

Well, these days the debate on modernity reveals diverse trends within Marxism. For instance, the likes of Theodor Adorno and Herbert Marcuse were not altogether indifferent to Weberian pessimism regarding the fate of modernity. In fact, they saw the ‘dialectic of modernity’—the violence implicit in scientism or ‘instrumental rationality’, and the emergent ‘one dimensional man’ seduced by ‘culture industry’. With a mix of Marx and Freud, they sought to make sense of the growth of totalitarianism and authoritarianism in the twentieth century. Modernity, they felt, did not take us to a promised land.  However, Jurgen Habermas  was more in tune with the optimism of Marx  regarding modernity. True, he too saw the crisis of late capitalism. However, the Enlightenment project, he felt, has not yet exhausted its possibilities; he could still see its ability to evolve a dialogic/communicative ‘public sphere’ capable of resisting the ‘colonization of the lifeworld’.

In this context, it would not be wrong to refer to Mohandas Karamchand Gandhi and Dr. B. R. Ambedkar. Unlike the proponents of ‘historical materialism’, Gandhi could tap the potential power of emancipation in spiritualized politics; he could creatively work on the cultural symbols of the rural peasantry, decolonize our consciousness, and lead a struggle for ‘swaraj’. Furthermore, the Gandhian experiment with ‘satyagraha’ and ‘ahimsa’ posed a politico-philosophic challenge to the doctrine of the ‘inevitability’ of violence in a ‘class struggle’.  Likewise, Ambedkar brought yet another dimension to understand the hierarchical social division unique to Indian society—caste with its ascriptive status, exclusionary principles and graded inequality. The dynamics of caste conflict, as the Ambedkarites would argue, cannot be understood adequately through the Marxian paradigm of ‘class conflict’. Again, unlike the utopia of the highly secularized ‘communism’ that Marx strove for, Ambedkar saw immense possibilities in the egalitarianism of the Buddha’s dhamma.

Marx was no God; and there are obvious limits to Marxian determinism: a doctrine that seeks to reduce everything, be it culture, aesthetics or religion, into a mere epiphenomenon to be ‘explained’ by the ‘mode of production’. Yet, it should not be forgotten that, despite his ‘scientism’, there was a profound ethical/spiritual element in Marx—particularly, the way he wanted us to be free from the maya of ‘commodity fetishism’, its objectification and reduction of human souls into mere ‘exchange values’. After all, he pleaded for an egalitarian society that values the ecstasy of love and human relationships.

As we experience the onslaught of neoliberal global capitalism all over the world, Marx would continue to inspire us as the lost conscience of human civilization. Hence, we must learn to walk with all of them: Marx and Gandhi, Buddha and Ambedkar.

Avijit Pathak is Professor of Sociology at JNU