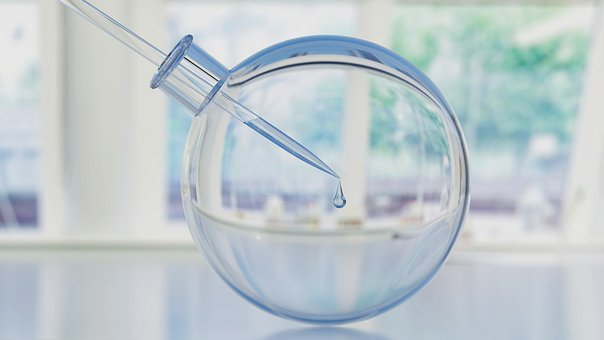 The list of bio-safety related accidents is a costly and worrying one, even if we consider only those which are officially recognized and listed. While several years can be listed as bad years in this context, what was happening in or around year 2014 was particularly disturbing, all the more so as most of the accidents around this time appeared to be taking place in a country, namely the USA,  normally known for higher scientific standards. There was accidental exposure of viable anthrax to persons working at the Roybal Campus of the Centers for Disease Control and Prevention (CDC), USA. Then there was discovery of six vials containing viable smallpox from the 1950s, mislabeled  at the FDA’s White Oak Campus. Finally there was accidental shipping of H9N2 vials contaminated with H591 from a CDC lab to a USDA lab.

The occurrence of such dangerous accidents one after the other understandably led to very serious concerns. An NBC news dated July 17 2014 stated that Dr. Tom Frieden , director of CDC, was very upset and had ordered a moratorium on all shifting of biological materials from safety category 3 and 4 labs till adequate safety measures were not in force. Tom Murphy, Chairman, House Oversights and Investigation Committee lamented that these were  not isolated incidents but part of many such mishaps over the years.

In the uproar that followed not only was there emphasis on better implementation of safety protocols, in addition the very desirability of certain kinds of high-risk research was questioned, particularly in the context of the already controversial but widespread ‘ gain-of-function’ research. The latter view was articulated particularly by the Cambridge Working  Group of medical researchers and bioethicists  who released a very widely discussed statement to this effect in 2014 signed by 18 scientists. The number of signatory scientists grew to 50 within about 2 months and finally reached around 200.

The Cambridge Working Group took particular objections to applying this research for creating variants of viruses with increased transmissibility and virulence among mammals that could also affect humans in the case of  deliberate or accidental lab release. The group said, “ Accident risks with newly created ‘ potential pandemic pathogens’ raise grave new concerns. Laboratory  creation of highly transmissible , novel strains of dangerous viruses, especially but not limited to influenza, poses substantially increased risks. An accidental infection in such a setting could trigger outbreaks that would be difficult or impossible to control.”

To realize the implications of these warnings, we need to keep in mind that unknown to most of humanity, in several leading labs of world virologists have been rather routinely creating viruses more dangerous than those exist in nature. This is done on the basis of claims that this will help in  fighting possible future pandemics, a claim that is increasingly questioned and in any case the risks in many of such cases may be much higher than the claimed uncertain benefits. But the fact that a substantial part of the budget of many big and prestigious labs is obtained on the basis of such claims is important, and explains why many virologists have been silent on this issue, even though troubled by the significant adverse implications. This culture of silence was broken by the Cambridge Working Group, and the fact that so many scientists kept signing the statement despite the career ad financial costs of doing this testifies to the true significance of the stand taken by the Cambridge Working Group.

Anyway this statement had an important impact which could not be ignored even by the USA government. Despite substantial opposition from within the establishment, the USA government imposed a moratorium on such high-risk  forms of research, particularly research involving genetically engineered more dangerous viruses, for 3 years in 2015. However the very powerful persons who wanted some of this research to continue managed some loopholes—some exceptions were squeezed in which stated that if such research was testified by senior authorities to be very important for national security and public health, then this could be allowed, albeit with some special cautions.

It is this loophole which was used to justify  some such research   which was contracted by the National Institute of Allergy and Infectious Diseases (NIAID), headed by Dr. Anthony S.  Fauci and a part of the US National Institute of Health ( NIH) to EcoHealth Alliance (New York)  headed by Dr. Peter Daszac who in turn sub-contracted this to the Wuhan Institute of Virology in China, more particularly to a well-known but  controversial scientist Dr. Shi Zheng-li ( also known as Bat Lady for her extensive work on bat coronaviruses).

Trained first in France Shi Zheng-li had gone on to work with Dr. Ralph S. Baric of the University of North Carolina. Their work related to enhancing the ability of bat viruses to attack humans so as to examine the emergence potential of circulating bat corona viruses and proceeded towards creation of SHC0IH-CoV/SARS1 chimera. The scientists said in 2015 that this work, which involved genetically engineered corona virus to attack human  cells, may be deemed too risky by scientific review panels, but nevertheless justified it for its potential benefits. Dr. Simon Wain-Hobson, virologist at the Pasteur Institute in Paris had stated, “ If the virus  escaped, nobody could predict the trajectory.”

Subsequently Dr. Shi came back to China to continue her work at the Wuhan Institute of Virology, using also the generous NIAID grant. This work involved creating novel corona viruses with the highest possible infectivity for human cells. This was stated also in the records of the US-based funders. Peter Daszac, the New York based intermediary who transferred US taxpayer funds to Wuhan scientists, boasted about this research as late as December 2019 in an interview—And we have now found , you know after 6 or 7 years of doing this, over 100 new SARS related corona viruses, very close to SARS. Some of them get into human cells in the labs, some of them can cause SARS disease in humanized mice models and are untreatable with therapeutic monoclonals and you can’t vaccinate against them with a vaccine. So these are a clear and present danger.” However all this was sought to be justified on the basis of real or imagined potential benefits ( which ultimately proved to be more of the latter).

This work could have created the SARS-Cov-2 virus, or viruses similar to this. This is also the view of Dr. Richard H. Ebright, a leading molecular biologist, lab director at Rutgers University and signatory of the Cambridge Working Group as well. He has stated, “ It is clear that the Wuhan Institute of Virology was  systematically constructing  novel chimeric corona-viruses  and assessing their ability to infect human cells and human-ACE 2 expressing mice…It is also clear that, depending on the constant genomic context chosen for analysis, this work could have produced SARS-CoV-2 or a proximal progenitor of SARS-Cov-2.”

What were the  risks of accidental release of this highly dangerous material? It is true that the Wuhan Institute of Virology has a new lab stated to be of the highest safety category (BSL4) , but its standards were found to be inadequate in an official inspection. But what is  more important is that much of the controversial corona virus work was done in lower BSL3 and even BSL2 category lab conditions, as stated in records, thereby increasing the risk of accidental release.While none of these facts constitute conclusive proof of accidental release of SARS-CoV-2, these facts as also some aspects of its actual subsequent  behavior would indicate a strong possibility and connection. When this was realized by authorities and senior scientists in China and the USA who were involved in the entire issue, they were anxious to cover this up. The statements by several leading scientists convinced people that such an accident was not involved; what people were not told was that some of these most influential statements were organized by the same US scientists who were involved in funding the controversial Wuhan research. Many senior virologists who were in control in important countries joined these efforts because they themselves have huge funding for work which involves creating  viruses more dangerous than those that exist in  nature, all in the name of  potential benefits. For the same reason the most influential international health organizations have not been interested in exploring fully and exposing the possibilities of accidental release.

Of course there were some big newspapers flashes in the west on the unusual fact of US funding for Wuhan lab which excited much curiosity among people, but the matter was not pursued much beyond this obvious oddity. If only China was the culprit, then the matter would have been fully explored and exposed. If only USA was the culprit, then again the chances of exposure would have been higher. But if the culprit is research on Chinese land funded by US taxpayer money, then the chances are that exposure efforts will not progress. If in addition some of the leading virologists of the world also do not want an exposure then chances of exposure decrease  even further. This is where the matter rests. Those involved  in funding this dangerous research are still the most influential in handling the US Covid response and in fact the number one among them has been quoted very widely in India to make his recommendations for guiding India’s Covid response too and whatever he said is reported to be very influential with several Indian experts!

But there is obviously a very high price to be paid for this silence. If what we are dealing is an artificial lab construct, then the lines of treatment, preparation, prevention have to decided accordingly.

Secondly, if lab accidents can indeed be very dangerous, then what is  the guarantee that these will not be dangerous in future? The moratorium period for the more dangerous forms of research has also ended in the USA, and in fact even during  the moratorium, caution was violated quite blatantly. Clearly much greater efforts for caution, cross-checks and transparency are needed in this critical area to avoid further dangers, which may be of irreversible nature.

Bharat Dogra is a veteran journalist and author, he is also the honorary coordinator of Save the Earth Now Campaign. His recent books include Planet in Peril, Protecting Earth for Children and Man Over Machine (Gandhian ideas for our times).

The Anguish of a Class XII Student :The Crisis in Indian Economy

A Modern Hospital and the Agonies of a Technologically Monitored Death