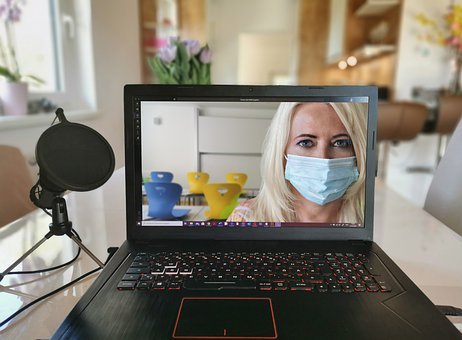 One of the sections worst affected by the pandemic are students at all levels, and as the tragedy of the second surge of Coronavirus unfolds around us,  those in India are facing the stark reality of educational planners and administrators at the level of higher education being totally out of sync with things. Some institutions like University of Delhi have announced just two days ago that they are suspending online teaching and putting off the exams for the moment – a welcome move even if it is really late in the day. Other institutions, premier public and private ones, have been insisting on taking classes and conducting examinations and internal assessments as if what we see around us hasn’t quite penetrated into their consciousness. The idea that we need to struggle on even when the world seems to be crumbling around us is not merely insensitive but also simply impossible. An argument has been doing the rounds that ultimately this is for the good of the students. First, their minds are diverted from the chaos and fear around them. Second, apparently we are facilitating these young people as they will not lose a year/ semester. A third, rather strange, argument that some of us have been hearing in our own institutions is that since we have already announced an examination schedule, the concerned authorities cannot deviate from it. Still others are saying that many institutions and departments have already commenced their evaluation process or even completed it.

It seems when faced with this useless barrage of arguments, we need to point out the obvious to these concerned authorities who think that their egos, schedules and authoritarian running of institutions cannot be called out under any circumstances. What is the meaning of the education we impart if the ultimate aim is just the degree that we are able to confer on students, with no attention or care towards the learning process. The notion that these days or weeks or even months would be a blank and not count for anything that seems to impel some of these concerned authorities is misplaced. It also reveals a lack of understanding of what has been happening on the ground. This is the age group, armed with their gadgets, that has helped put together loads of information on availability of oxygen, hospital beds, ambulances and even cremation grounds. Lists of plasma donors have been compiled, leads have been verified, and frantic calls on groups even in the middle of the night have yielded immediate responses from Gen Z. If at all in the midst of this unfolding tragedy, Gen Xers like me have felt some flicker of hope, it is because of their courage and resilience. But obviously this has meant that many have simply had no time for studying, attending online lectures or preparing for exams. In fact, it seems preposterous to even suggest that they get back to their studies in the midst of this tragedy.

So, what else are the implications of this suggestion that we complete our courses as scheduled? It means that we dilute the courses, thin down reading lists, and basically push the academic aspects down the drain. Since mid-April, I have had at least fifty students in my class of 100 plus who have reported a family member or themselves as testing COVID positive. Between nursing them and managing the household chores these young people have shown tremendous courage in handling their personal crises. But some have lost their loved ones – they are inconsolable, and a few plaintive cries for help to deal with their mental anguish and sense of hopelessness are also heard. At this juncture, to ask them to pretend that there is no outside world, and to focus and finish their courses seems cruel and callous. But we are told to do whatever it takes, hold exams in any which way, and complete our semester requirements as decided earlier. Clearly the WhatsApp university system seems to be providing the guiding light here to at least some of the administrators.

That brings us to the question of how and why we are running six months late on our first year courses. Again, it is our ‘concerned authorities’ who have shown the depth of their concerns by making ad hoc arrangements, postponements and schedules, whereby a batch that should have entered the portals of the university system in August ended up officially entering only in February. So, when such ad hocism resulting from abandoning of schedules and dates could be implemented with no explanation in many institutions at a time when things were not as bad as they are now, the authorities would do well to show their real concern given the real and impossible situations students (and everyone else) are facing at this very moment. UGC and all the other planners out there – it’s past the time to wake up. Stop this mockery of teaching and evaluation at once!