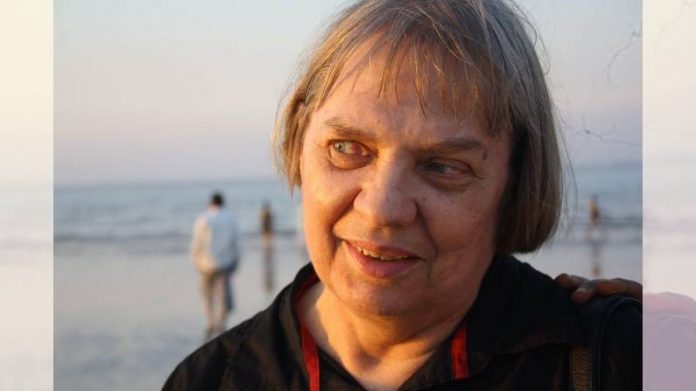 India will forever be indebted to the contributions and magnanimous scholarship of one of the greatest scholars on caste studies Dr. Gail Omvedt. Gail Omvedt breathed her last at the age of 81 on August 24 in the village of Kasegaon, Sangli, Maharashtra. She had initially come to India from the United States of America as a student but made up her mind to take her relationship with India to the next level by deciding to stay back in the country and work exhaustively on the caste question. She settled down in India in the 1970s and had ever since emerged as one of the most pioneering and prolific scholars working on the Indian caste system.

Her association with India deepened when she married Bharat Patankar, a marxist scholar and grassroots activist working in rural Maharashtra. Both Gail and her husband had been working and living in the later’s village over the last many years. While Gail’s doctoral work revolved around the question of caste and the tremendous contributions of Phule in Maharsthra, her academic concerns gradually became deeply personal and she decided to continue staying in India and working for the salvation of those who were deeply oppressed by the exploitative and hierarchical caste regime.

Gail Omvedt’s extraordinary scholarship made her popular throughout the world. She is widely known for her work on the Dalits, OBCs and the Adivasis of India. She will always be remembered as one of the greatest scholars of our times who wrote extensively on the caste question.

One of her most widely read books, ‘Dalits and the Democratic Revolution’ is seen as a seminal work and is cherished by students, researchers and academic alike in our colleges and universities.

One of the major take-aways from her works is her intricate eye on the caste question, its transformation over the years and the pathology of caste oppression. She was also a grassroots activist in addition to being an academic and led many caste based movements from the ground. There is no need to underline that Gail Omvedt will be forever cherished for her grounded work on the caste question. Her work and contributions will continue to be celebrated for generations to come.