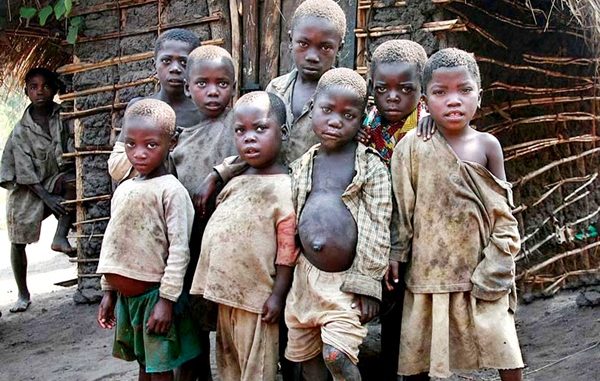 Why have some countries been able to grow exponentially and secure prosperity for their citizens while some others have miserably failed at it? Why is it that the nation-states in the western hemisphere have become economically prosperous while countries in Sub-Saharan Africa, West and Central Asia, and South and East Asia have failed to materialize any similar growth and prosperity?

These questions are primary issues in the field of development economics. In recent times, an overarching analysis was presented by Daren Acemoglu, professor of economics at MIT, and James Robinson, a British economist and professor at the University of Chicago; in their book titled “Why Nations fail: The origins of Power, Prosperity and Poverty” published in 2012. This book tries to answer these questions of disparity in prosperity through detailed analysis of the history and geography of different regions in the world and the socio-political institutions which have been prevalent.

The authors delineate their principle argument that “Countries differ in their economic success because of their different institutions” They believe that “Politics of institutions — is central to our quest for understanding the reasons for the success and failure of nations.” (Acemoglu and Robinson, 2012)

Their primary argument revolves around the idea of inclusive and extractive institutions which decide the economic status of any nation’s state in current times. The “Inclusive economic institutions, such as those in South Korea or in the United States, are those that allow and encourage participation by the great mass of people in economic activities that make the best use of their talents and skills and that enable individuals to make the choices they wish.” On the other hand there are “extractive economic institutions — extractive because such institutions are designed to extract incomes and wealth from one subset of society to benefit a different subset.” (Acemoglu and Robinson, 2012)

The book takes up examples of the countries and economies from around the world and analyses their current situation and finds the cause of success or failure in the type of institutions- social, economic, and political- that exist in the country. The rigorous study of the history of the region and the complexity of its evolution throughout time deserves appreciation. They analyse the way authoritarian leaders and dictators extract the wealth through compromised institutions and show that the abject poverty in those countries is because of that historical lack of inclusive institutions.

Institutions, Yes! But to what extent?

On the surface, the arguments and examples given by the authors seem plausible. There is indeed a huge difference between North and South Korea in terms of prosperity and economic growth. Similarly, the example of Nogales, Arizona, and Nogales Mexico; the case of the same city divided between the USA and Mexico with their skewed development; is a well-developed example to prove their point. However, the analysis throughout the book remains one-dimensional and simplistic. The authors do not explain why India, despite much better institutions, has not been able to remove poverty and increase prosperity while China, despite an authoritarian regime with largely extractive institutions, has been able to grow exponentially on all parameters of social and economic development.

It is true that better institutions lead to a better form of government and thus improved socio-economic indicators of development. The democratic and inclusive institutions throughout the world have shown positive change and improvement throughout the world. For example, In pre-independent India, The British government had ‘extractive institutions’ which only benefitted certain classes. The wealth was literally ‘extracted’ from the economy to benefit the masters in England rather than wealth to be used for India’s development. However, after independence, better institutions with inclusive and democratic tendencies led to high improvement in social development indicators. Millions of people were taken out of poverty.

But the question is, how much do institutions matter. Are inclusive institutions the panacea for all the poverty and lack of prosperity? Acemoglu and Robinson, conclusively fail to take into account the imperial interventions of America in destabilizing economies, the skewed policies of multilateral organizations like UN, IBRD, IMF, etc. which indirectly work for the affluent imperial west to influence decisions in such a manner that the developing economies are always on the losing side.

The complete rejection of socio-political and Legal-ideological systems is not right. The ideological expansion of imperialism in its varied forms makes sure that certain economies remain subservient and only function as market and and hubs of cheap labour. This is evident in the evolution and in the very structure in which multilateral institutions are set up. The politics of developmental aid through organisations like IBRD, IMF, etc. show that ideological factors really make difference when the decisions are being made on who develops to what level.

In the extreme form of globalization of labour and capital that we are witnessing in our times; it is really illogical to argue that only certain domestic institutions are to blame for the economic failure of societies.

The approach of the authors to go back in history, till 1500 BC and all, also does not seem feasible. All the economies that have developed have done so in the last 50–70 years. Indeed the historical construction of social and historical institutions has had their impact, but the economic growth and improvement in the quality of life have been achieved throughout the world only after the second world war. The reconstruction efforts throughout Europe and the Americas led to changing institutional paradigm and approaches to development. The very fact that China was able to grow exponentially in the last 70 years or so, and still holds that level of growth, invalidates the authors’ argument that authoritarian economies experience high growth for a while leading to their collapse after a time.

The failure of Mexico, Caribbean Nations and large parts of Latin America has indeed to do with the certain types of colonial extractive institutions which systematically robbed them of economic opportunities. However, this cannot be used to explain the current deprivations of these countries. In the span of 70 years, whenever these countries started growing economically, the regime changes and installation of favourable autocrats by the US has always hampered their growth.

Hence, the entire blame of economic failure cannot be put upon the national institutions while blatantly ignoring the geopolitics and the ideological battle raging around which constructs those institutions.

Institutions alone are not the solution!

While reading the book, one feels as if the authors are acting as the apologists of the empire seeking to put the blame of economic failure on the people and history of the developing world.

In today’s world, the entire model of global economic growth is managed by few agencies in the west which oversee and control which country needs to grow and in what manner. The issues of development are very complex in today’s world which cannot be fixed by simplistic over-arching grand narratives. Global development has become so scattered and multifarious that a singular narrative will not be able to do justice with the entirety.

Waseem Ahmad is a development consultant based in New Delhi.