The  date 24th February marked a watershed moment in Europe’s modern history as large columns of  Russian war machineries rolled down into the streets of Ukraine. It came after Russian President Vladimir Putin declared a full scale military intervention into Ukraine’s territory. Putin defended his actions by citing the genocide of four million Russian speaking population in Eastern Ukraine (Agence France-Presse, 2022)  and the advancement of neo Nazis. For obvious reasons it is a lame excuse for violating Ukraine’s sovereignty and conducting ruthless air bombing raids over civilian targets, but there is some partial truth to this claim and considering the present development of events will  have a serious  consequences  around the globe in days to come .

Although Ukraine projected itself as important bastion of democracy in the recent years but there is no denying in this fact  that  it has been paralleled by the dramatic rise in activities of far right groups (Gordon, 2020). Throughout the political history of independent Ukraine ,far right parties have marginalized influence in country’s political spectrum (Likhachev, 2013) but after the civil unrest of  Euro maidan protest in the year 2014 that resulted in overthrow of  pro-Russian government led by Victor Yanukovych changed this socio political equation. Post this event there has seen growth in far right popularity , specifically the extreme far right groups.

This is problematic in context of the present instability in Ukraine as it may provide a perfect launchpad for various far right groups to gain fighting experience, cement their influence and spread their ideology across the globe. The seriousness of the situation can be highlighted from the emergence of group like Azov battalion or Azov movement, an extreme far right paramilitary group . This group emerged from the Euromaidan revolution in the year 2014 and played a key role in the ongoing war with Russian backed separatist in Eastern Ukraine. Though initially it was formed as a volunteer group but in later part of 2014 was officially inducted into Ukrainian national military (Al Jazeera, 2022). It openly flaunts its ideological affiliation  as the official insignia of the group is a version of wolfs angel which was one of the symbols of the SS division of  Hitler’s Nazi party during world war 2. Azov battalion is accused of indulging in arrays of human rights abuses that includes arbitrary detention, torture, sexual violence (OHCHR, 2016; Human Rights Watch, 2016). Apart from that it also indulged in targeting their internal enemies i.e. anti-fascists ,liberals, LGTQ+ and feminist (Spencer, 2021).

Azov movement is more than a loosely organized militia group and considered as the most disciplined and  sophisticated  among all global white supremacist movement  because of its access to vast array of weapons and recruiting power (Shuster & Perrigo, 2021). Over the years the group has forged strong transnational link with various extreme far rights militant groups across the globe prompting  many foreigners to join their rank (Miller, 2018). It has become as some sort of inspiration  for white supremacist groups in the west world with report of at least one member of American hate group trained in Ukraine with Azov movement (Hume, Mcloughlin, & Bennett, 2021). As per report the present  Russian attack on Ukraine has stimulated a flurry of activity among European far right groups i.e. raising funds, recruiting fighters for dispatching to Ukrainian frontlines (Engelbrecht, 2022) which is cause of serious concern.

The present call by Ukrainian and various other western government  for foreign fighters to join the fight against Russian invasion will make the situation further precarious as already around seventeen thousand foreign fighters have flocked into Ukraine in last eight years (Makuch, 2022) and most of them are associated with groups like Azov movement. The present policy of  overlooking this threat by highlighting Azov members as war heroes which is  evident from the fact that as of recently they have been exempted from Facebook ban list hence allowing praise for their role in defending Ukraine (Biddle, 2022) will make them more powerful and help to further legitimize their ideology.

Looking at the present situation when Ukrainian cities are falling at a fast pace to Russian aggression and Ukrainians preparing for a stiff resistance, it is not hard to assume that soon it will led to a situation of  a  bloody protracted insurgency, drawing war mercenaries in both warring sides from all over the world. A glimpse of it is already visible as large number of  proxy actors that includes fighters from Chechnya, Georgian legion, Canada have already entered into this conflict (Hay & Nickel, 2022; Al Jazeera News, 2022). The alarming situation in regards to this  particular case is that it has everything that is needed  for an insurgency to sustain for a long period of time i.e. political motivation , availability of arms, sanctuary over borders or external support and popular support base. Moreover , Russian military’s incendiary bombing of Ukrainian cities, killing and maiming innocent civilians  will further boost the ranks of rebel recruitments, especially in the Azov battalion by multiple folds as seen in places like Afghanistan, Libya and Syria (Gossman, 2021).

Considering these factors soon Ukraine might turn into a theatre of urban guerilla conflict with fighters indulging in street to street battle. This scenario will results in heavy damage and causalities on both sides as each warring side possesses  all sort of modern weaponries in their arsenal . Such instability will mirror the situation in Afghanistan of 1980s  and Syrian civil war as it will offer ample opportunities for violent  extremist groups to fill the security vacuum. We witnessed the emergence of various transnational Islamist militant groups from the Afghanistan and Syria conflict. In similar lines Ukraine conflict has the potential to  provide the platform for the rise of extremist white supremacist groups across the world.

Though Putin’s rhetoric is to decimate these  neo Nazi groups operating in Ukrainian territory  but it seems this strategy will backfire and make the situation more worse that will not only impact the region but also the whole world. With growing nationalism across Europe  and intensified pace of white supremacist terrorism incident across the world  it will be not wrong to assume that in the future Ukraine may turn into a hotspot for far right extremism from where battle hardened radicalized  fighters will replicate similar attacks  across the globe.

All opinions expressed in this article are solely that of the author.

Anurag Das is an independent researcher based in Assam. 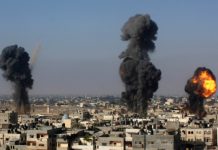 How Alexei Navalny revolutionized opposition politics in Russia, before his apparent poisoning 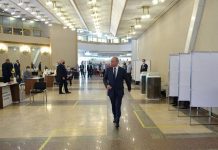