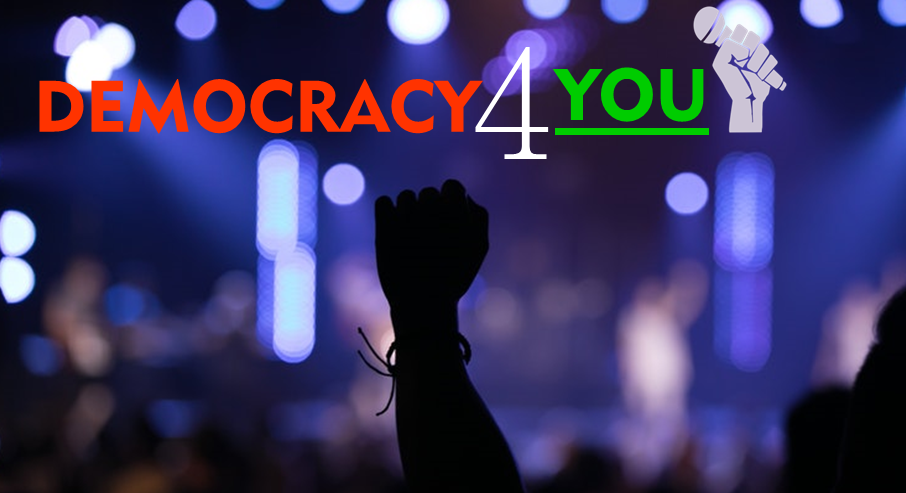 Democracy4You is a movement of citizens for participatory Democracy. Democracy demands that citizens are well informed and aware of the world around them. The basis of a successful democracy is informed and responsible decision making. D4U is a movement for India’s citizens living in remote corners, small towns and villages as well as in urban areas to come together and share/reflect/debate on critical issues related to employment, education, development, healthcare, rural infrastructure, ecological concerns and policies which effect their lives and thus shape their decision making in the upcoming Lok Sabha polls 2019.

The mainstream media often negates issues at the grassroots and D4U is an attempt to make every voice count, ensure that every issue gets a platform to be addressed and the concerns of ordinary Indian citizens don’t get neglected ahead of the elections. D4U is a movement for encouraging citizen participation, discussing and debating about issues that mainstream media negates and contributing to the creation of an active and informed citizen choice.

Through the pan India character of the movement, to analyze what the real issues of the nation are which areas are most neglected, what the weakness of the present democracy is and what the demands of the people.

Any citizen of India who has similar concerns can join this movement with the ethical commitment to be truthful to the purpose of the movement. We request the participation and participation of students and faculty members of universities from all over the country. We also invite the voices of social movements that are raising significant questions. We are collaborating with a number of smaller groups with similar concerns to help us in this process.

One can participate by sharing observations and concerns. These observations/reflections may be sent to us in the form of :

Original recorded videos of the participant speaking on a specific issue or interviewing somebody in Hindi or English.

Original photographs that represent political/social concerns of a particular neighborhood.